In the wake of the release of Godzilla 2014, I’ve been returning to the roots of Godzilla by rewatching each film. Last night I watched Gigantis the Fire Monster. I have to admit that Gigantis (a.k.a. Godzilla) was not my favorite film and I had only seen it about two times. And my appreciation and understand of Godzilla were lacking because of it. 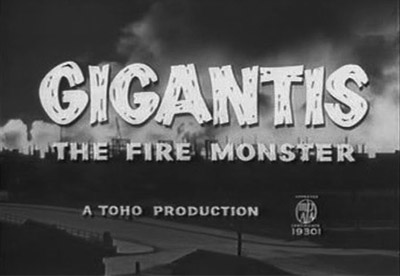 Like its predecessor, Gigantis has fascinating scenes that reveal the meaning of this monster and those that follow him. In a previous blog, I applied René Girard’s theory of the scapegoat to Godzilla (1954). This theory is readily applicable to Gigantis as well. The evolution of the earth is explained and the source of these monsters is revealed. Closely associated with evolution are these beasts who reflect the chaotic world from which they arise. They were “the original giant murderers, original plundering murders, who ruled the earth.” In the beginning, the world was much hotter and underwent violent climate change. They went into hibernation as the world cooled. But later they would be awakened when humans unleashed the hydrogen bomb with its radiation.

Such a story is myth in that it conceals as much as it reveals. What is now concealed by these monsters is the rivalry between human beings that leads to their construction of weapons of mass destruction. The monsters are actually scapegoats and projections of human violence. Both Gigantis and Angilas are blamed for the destruction that falls upon Osaka. That would be correct. The monsters are at war with each other and are not paying humans any attention. They are blamed and demonization with language typically reserved for violent human beings. But the truth is that the blame for the disorder, destruction, and crisis ultimately rests with humanity which cannot live without violence and war.

In the end, what we do with all of our victims is what we do to Gigantis. They buried him beneath the icy on a remote Hokkaido island. In the words of René Girard, “The tomb is the first and only cultural symbol.” The burden of human civilization is borne by scapegoats and victims. 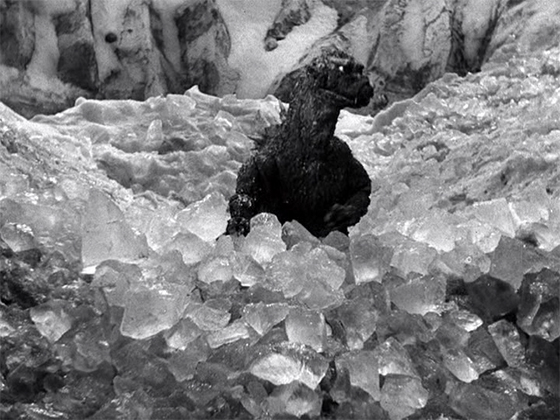 On a lighter note, the movie reveals important details about Godzilla. Godzilla (as well as Angilas) is a member of the gigantis monsters. He has multiple brains in several parts of his bodies in the head, abdomen, and chest. And apparently, there are many Godzillas waiting to be awakened.

The Godzilla suit was distinct from its predecessor. It was more refined and form fitting. The dorsal plates are large and sharply defined. I didn’t like the protruding teeth and his ears and jaw make his head a bit too wide. Godzilla’s roar is not the same with Gojira 1954, but rather the roar of the later incarnation of Angilas who will become his friend and ally. The fight scenes were well done and memorable. 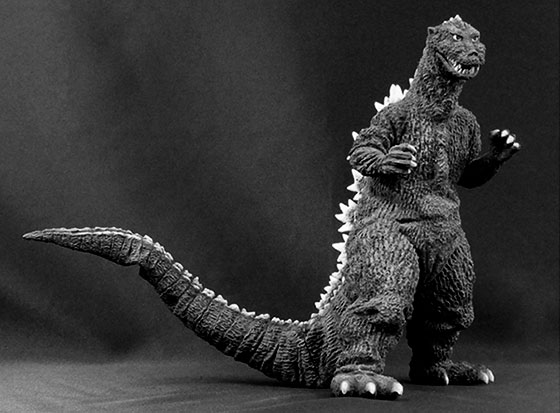 Remember when watching Godzilla movies there is more than just kaiju battles but also the filmmakers are doing anthropology and theology. Chaos is right below the surface of the sea. The monsters of our making awaken when we cannot resolve our conflicts without violence and war. 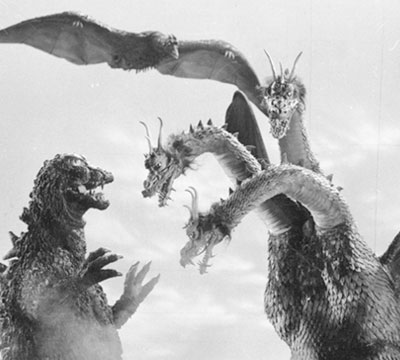 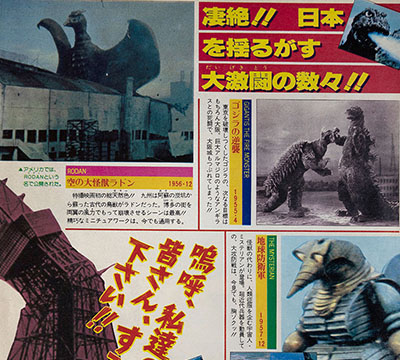 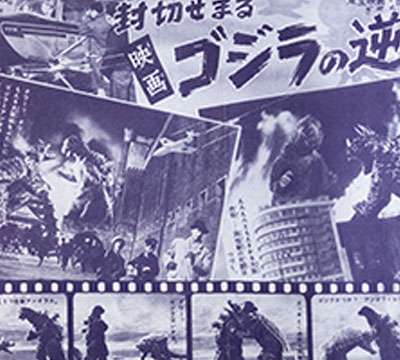