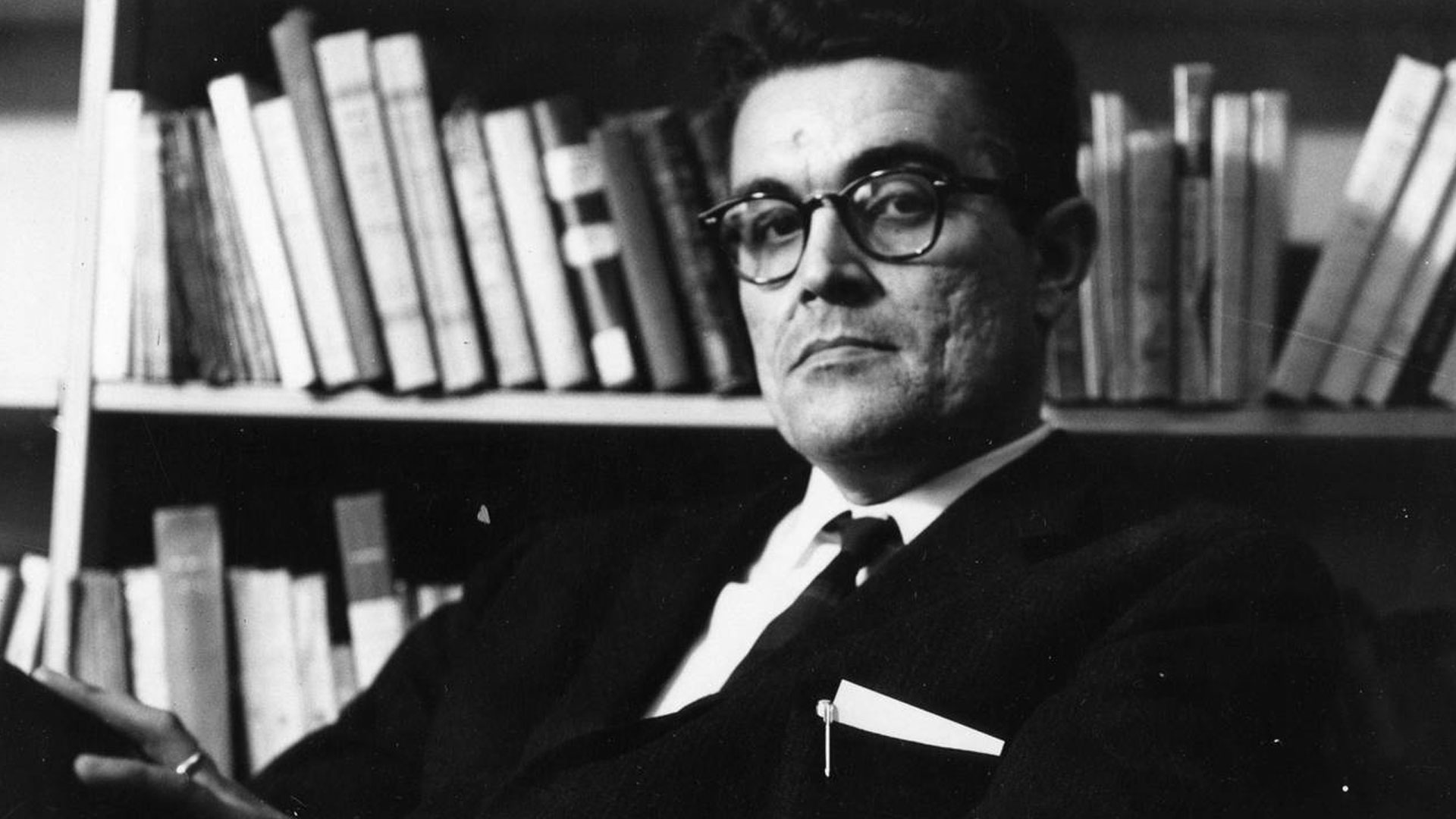 Anyone familiar with the theory of mimesis and the scapegoat mechanism by René Girard will understand the deeper meaning and significance of Godzilla and identify the organizing structure in the story of Godzilla (1954). Here is a summary of Girard’s theory by Hamerton-Kelly.

“The basic components of the Girardian hermeneutical theory are mimetic rivalry and the scapegoat mechanism. Human desire is essentially imitative. It copies the other in his desire; objects become desirable because somebody else desires them. Eventually desire becomes competitive and loses sight of the object because of concentration on the rival. The rivalry becomes violent, one tries to kill the other, and such violence makes community impossible, until the group spontaneously discovers the scape-goat mechanism, which transforms random violence into unanimous violence by directing it against one victim. Violence then unites rather than divides the group, making community and culture possible. The scapegoat victim is sacralized by the process, he/she embodies the sacred which has the two valencies of violence as destructive and as unifying. The process of killing the victim is re-enacted ritually in sacrifice, a good and life-giving activity, thereby concealing from us the originary and persisting violence and giving us a false estimate of human nature and society, as essentially benign. The scapegoat, therefore, is the generator of all culture.” (Source: Hamerton-Kelly, “A Girardian Interpretation of Paul: Rivarly, Mimesis, and Victimage in the Corinthian Correspondence,” Semiea 33, pp. 67-8)

Girard’s theory unpacks the deeper meaning of Godzilla’s origins and demise. Birthed and scared from the atomic bomb, Godzilla emerges from his home near Odo Island to get revenge. But like the bomb that created him, he embodies that nuclear power again threatening to be unleashed. The story of Godzilla is a mythical story rooted in ancient myths and stories in which a monster is a metaphor and embodiment of violence. On the surface Godzilla is a monster, but his identity lies beneath his scared skin. In the opening scene of Godzilla (1954), he destroys a Japanese fishing boat which an intention reconstruction of the fishermen aboard the Lucky Dragon No. 5, who were covered in radioactive ash from the hydrogen bomb test conducted by the United States on the Bikini Atoll in March of 1954. Godzilla like the fisherman are victims. Both were innocent scapegoats. But as a result Godzilla becomes a victimizer.

The scapegoat victim is sacralized by the process, he/she embodies the sacred which has the two valencies of violence as destructive and as unifying.

Godzilla is the monster of our own making. Humanity is at fault. Nature, animals, and our fellow human beings are our victims and scapegoats, sacrificed for the survival of another. It is concluded that Godzilla is the cause of the crisis and the remedy is his destruction, that is his sacrifice. But the actual reason for Godzilla’s appearance is hydrogen bomb testing. The film shows we are in a chain of cause and effect. And our decisions to hurt each other causes monsters to appear. We unite to blame and to remove them for problems they did not ultimately responsible. And little do we realize, we are the “Godzilla” we should fear. We engage what we deem acceptable violence in order to stop unacceptable violence. But the problem really lies within us and in what we do.

Watching the original Japanese Godzilla gain was so revealing. The details of Girard’s scapegoat mechanism are clearly evident, but not so much in the U.S. release, “Godzilla King of the Monsters” (1956). After a series of boats are destroyed at sea, the people of Odo Island enter into sacred ritual and prayer led by their local priests in order to ward off Godzilla. During the ceremony, an elder of island, when asked by the young boy Shinkichi Yamada about Godzilla, revealed the secret behind the ritual and how its efficacy was achieved.

“It’s the name of a monster that lives in the sea. It will come from the ocean to feed on humankind to survive. In the old days, during times when the fishing was poor… we used to sacrifice girls… to prevent him from eating us all, yes! Now, this exorcism ceremony is all that remains of the old traditions.

｢昔は長くシヶの続く時にゃ、若え娘っ子を生けにえにして遠い沖へ流したもんだと話す古老｡｣ “It is said that in the old days, when the storm lasted for a long time, young girls would be sacrificed and banished far offshore.” — Odo Island Elder

And here is Girard’s scapegoat mechanism at work in human sacrifice. His words reveal our archaic and primitive way of thinking. Humans believe that the sacrifice of one or the few to save the group. In times past, the Odo islanders concluded that the expulsion of an innocent surrogate victim, a girl, would appease the monster. But would the sacrifice of more girls be required to quell future outbreaks of violence by Gojira, the legend of Odo Island. Eventually no one would be safe from sacrifice. There would be no sacrifice able to put “Godzilla” to rest forever. In this way, Godzilla represents humanity at odds with itself.

Let me take it one step further and suggest that Godzilla could have been a foreigner and outsider who discovered the island and was blamed for an outbreak of trouble. Could Godzilla be a way of speaking of someone who exploits their resources, such as food or even their women?

The idea and story of Godzilla was the product of and born in the wake of the tremendous harm, violence and death of the dropping of the atomic bombs on August 6, 1945 upon Hiroshima, killing 70,000, and on August 9, 1945 upon Nagasaki, killing 60,000. Radiation poison killed up to 200,000 people. Only a few years after the war, the Marshall Islands would be used for nuclear weapons testing which led to the Luck Dragon No. 5 tragedy. Godzilla is a representation of its victims. But, in addition, Godzilla became an atomic bomb threatening to strike again. Those who make victims become victims. This is notion can be found in the words of Marsha Admiral Isoroku Yamano’s following the bombing of Pearl Harbor:

“I fear all we have done is awaken a sleeping giant and filled him with a terrible resolve.”

In Godzilla (1954) the victims typically are the marginalized, the poor, women, girls and children, who cannot fight back. They play significant roles in the film. Dr. Yamane’s daughter, Emiko, carries the secret of Dr. Serizawa, who has developed the Oxygen Destroyer. In a fascinating scene during Dr. Yamane’s explanation of the monster, a woman stands up to demand that the public be told of Godzilla. But she is resisted by the men. Then, there is the tragic scene of the mother comforting her children with the promise that they will see their father in the afterlife. In the hospital, nurses tend to the wounded, the women and child. After Godzilla’s rampage, a girl choir mourns in song. The women, girls, mothers, and daughters are innocent surrogate victims that pay for sins they have not committed. In contrast, men and their weapons with their propensity to violence making monsters out of their enemies engage in war. And violence requires more sacrifice and takes more scapegoats. The tortured Dr. Serigawa understands this dilemma. He holds the secret to the weapon that will destroy Godzilla. It is as devastating as the hydrogen bomb. But the scientist knows it must be buried forever or there will be more human carnage in the future. He knows the secret must die with him. We must see Godzilla through the eyes of Girard and learn the lesson of his origin – how we make monsters and how we sacrifice the innocent and most vulnerable.

Kagura (神楽, かぐら, “god-entertainment”) is performed in the precincts of the village. A Kagura is a specific type of Shinto theatrical dance—with roots arguably predating those of Noh (Source: Jisho.org).

Our insatiable desire to subdue and plunder the earth’s resources without restraint is our undoing. In biblical language, Godzilla is the mighty leviathan that God created as his play thing and must be tamed. Humanity is called to subdue the dragon and chaos by following divine wisdom. So rather than engaging in violence and scapegoat our enemies, we must hold in check our desires, rivalry, anger and violence. We must learn to respect our neighbors. “Obedience is better than sacrifice” (1 Samuel 15:22).

Dr. Yamane’s last words are so fitting: ｢あのゴジラが最後の一匹だとは思えない。もし水爆実験が続けて行われるとしたら。あのゴジラの同類がまた。世界のどこかへ現れて来るかもしれない｡」”I don’t think that Godzilla is the last one. If hydrogen bomb tests continue. Godzilla’s kind may appear again somewhere in the world.”