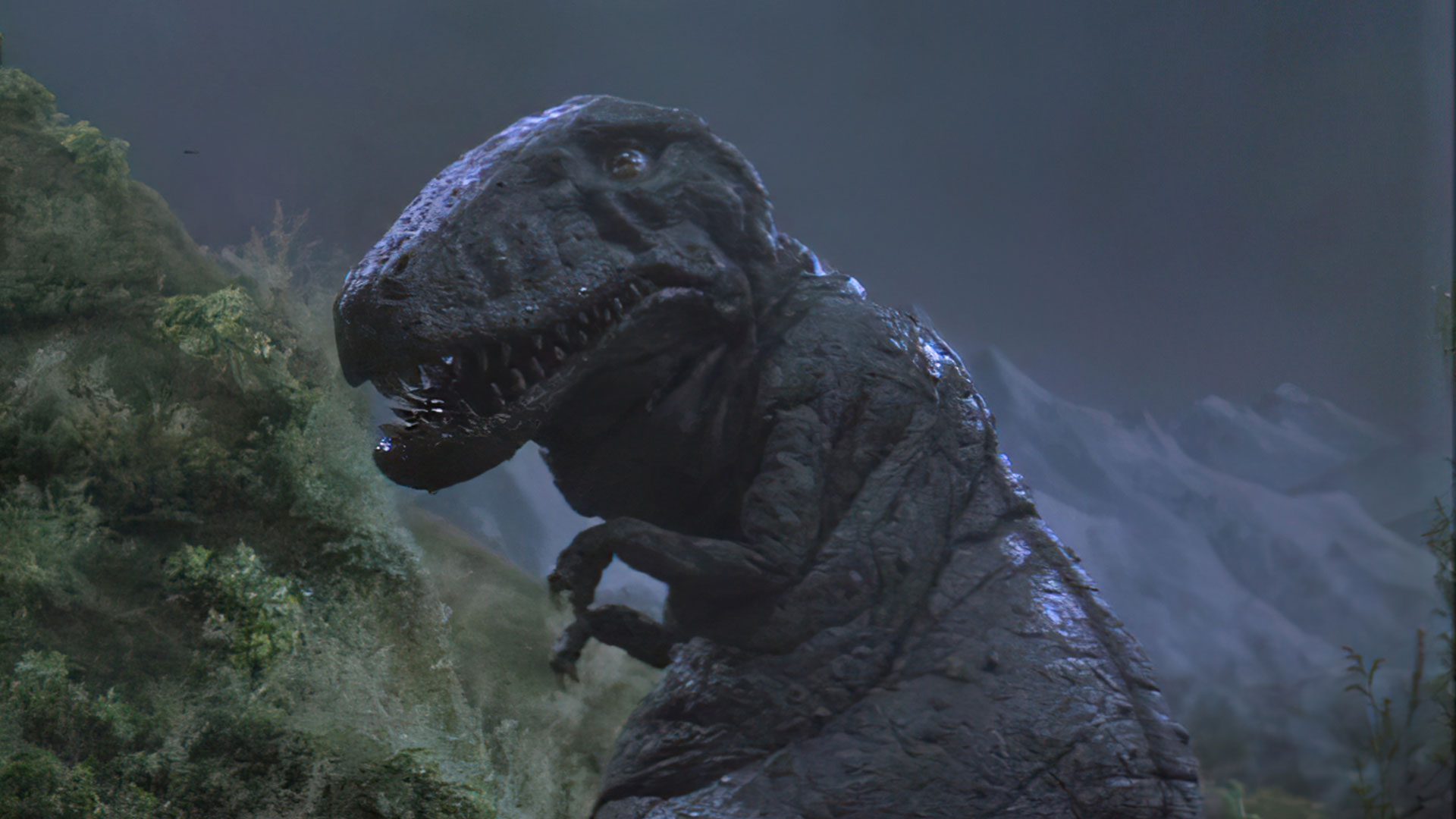 On Christmas Day I watched The Last Dinosaur, an old forgotten childhood favorite that left a lasting impression, especially its theme song. It fueled my love for dinosaurs that ultimately brought me to Godzilla. The origin and prehistoric past of Godzilla was left unexplored with little explanation until 1991 with the release Godzilla vs King Ghidorah. This time-travel movie transported moviegoers back to World War II when fighting Japanese and American troops encountered Godzillasaurus resident of the South Pacific Lagos Island. Watching the film I’m convinced Godzilla is just like that last dinosaur.

Godzillasaurus on Lagos Island in Godzilla vs King Ghidorah (1991)

The Last Dinosaur was the joint Japanese/American tokusatsu production between Toho, Tsuburaya Productions and Rankin/Bass Productions, known for stop-motion classics such as Rudolph, The Red-Nose Reindeer (1964). Both collaborated on King Kong Escapes ten years earlier. The film was co-directed by Alexander Grasshoff and Tsununobu Kotani. The Tyrannosaurus rex was played by the suit actor Toru Kawai, who played Godzilla in Terror of MechaGodzilla (1975). The suit was reused in later Tsuburaya productions. The Triceratop was portrayed by Katsumi Nimiamoto, who played Titanosaurus.2 In Japan, the film was released under the title 極底探険船ポーラーボーラ (Polar Probe Ship Polar Borer). The score was composed by Maury Laws, titled “He’s the Last Dinosaur,” written by Jules Bass, and sung by Nancy Sue Wilson.1 Its theatrical release did not happen but rather it was first aired on ABC on February 11, 1977 in the United States. Later it was released in Japanese theaters by Toho-Towa on September 10.

The Last Dinosaur is the story of “a wealthy big game hunter, and his group become trapped in prehistoric times where they are stalked by a ferocious dinosaur.”3 The last dinosaur is not so much a Tyrannosaurs Rex but rather multimillionaire big-game hunter Matson Thrust who would not survive the changing human world around him. Mr Thrust along with crew (Kawamoto, Chuck, Bunta, and Frankie) board his Thrust Inc. Polar Borer ship, designed to drill for oil under the polar caps, to find the dinosaur responsible for the death of the previous crew who found themselves in a valley of dinosaurs super-heated by a volcano. Watching this 70s TV classic forty years later, I am immediately struck by the uncanny parallels between The Last Dinosaur and Godzilla vs King Ghidorah that convince me that Godzilla is “the Last Dinosaur.”

Watching the film as a child I was always curious why the Tyrannosaurus sounded like Godzilla. At that time I did not know that its roar was a combination of Godzilla and Gorosaurus,4 which debuted in King Kong Escapes (1967) and Destroy All Monsters (1968). The parallels between the story of the T-Rex and Godzillasaurus are striking. Both are remnants of surviving thunder lizards. Both are kings. The T-Rex is called the King of the Dinosaurs and Godzilla the King of the Monsters. In the early synopsis stage of Godzilla vs King Ghidorah, Godzilla was a “Tyrannosaurus.”5 Both are from the past living in remote isolated prehistoric worlds time has forgotten. The T-Rex is in a mysterious location in the polar caps above an underground pocket beneath the North Pole. Godzillasaurus is on Lagos Island on found at the time of war. Both require special machines to reach. There can be find several dinosaurs and primitive humans. This land was accessed by Matson with his Polar Borer. Lagos Island of the 1940s was accessed with the futuristic time-traveling KIDS. In both stories, humans happened upon the surviving dinosaurs with disastrous consequences. Although both creatures go down and manage to survive humans and their weapons and technology, whether primitive, modern and futuristic. 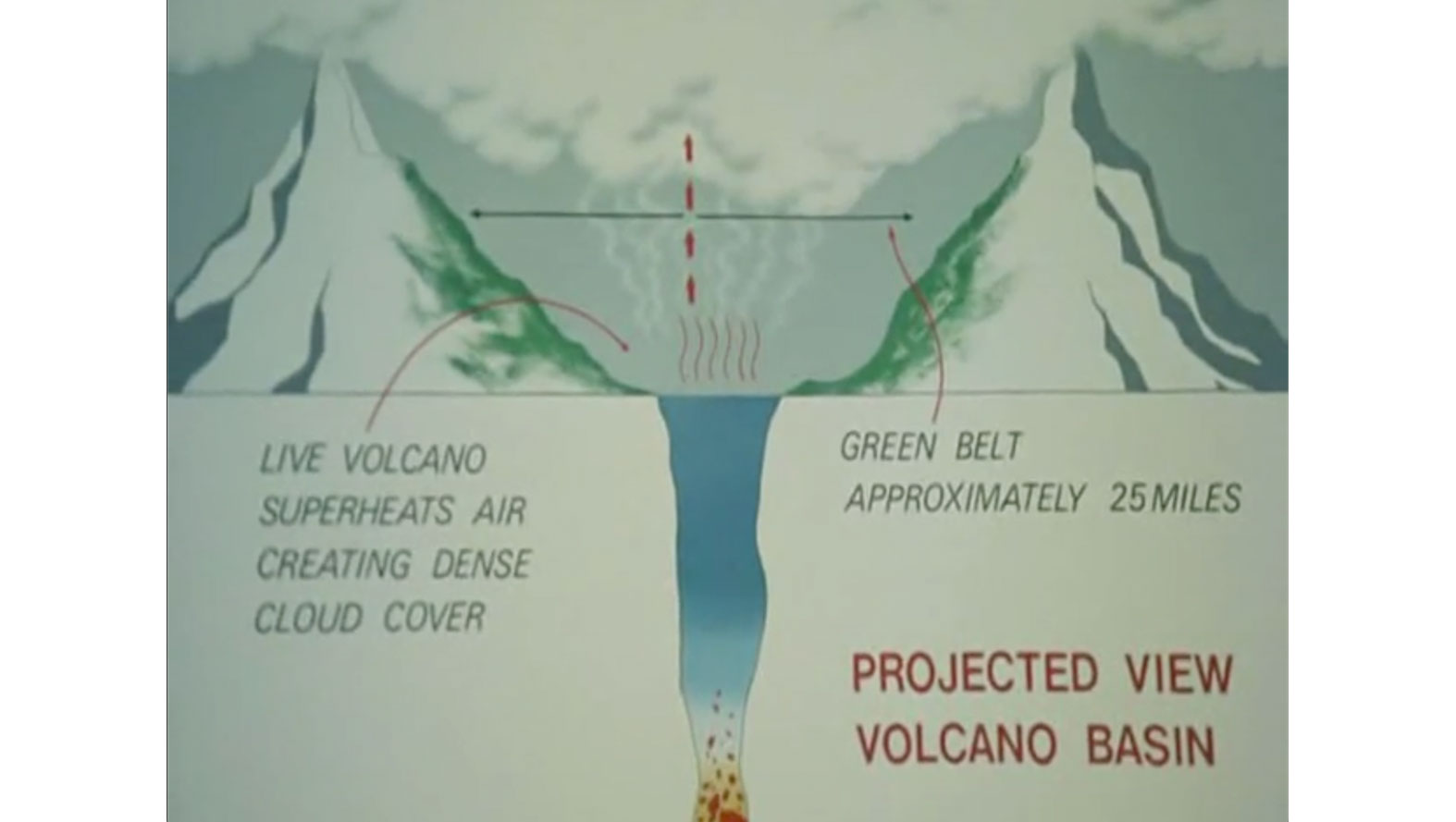 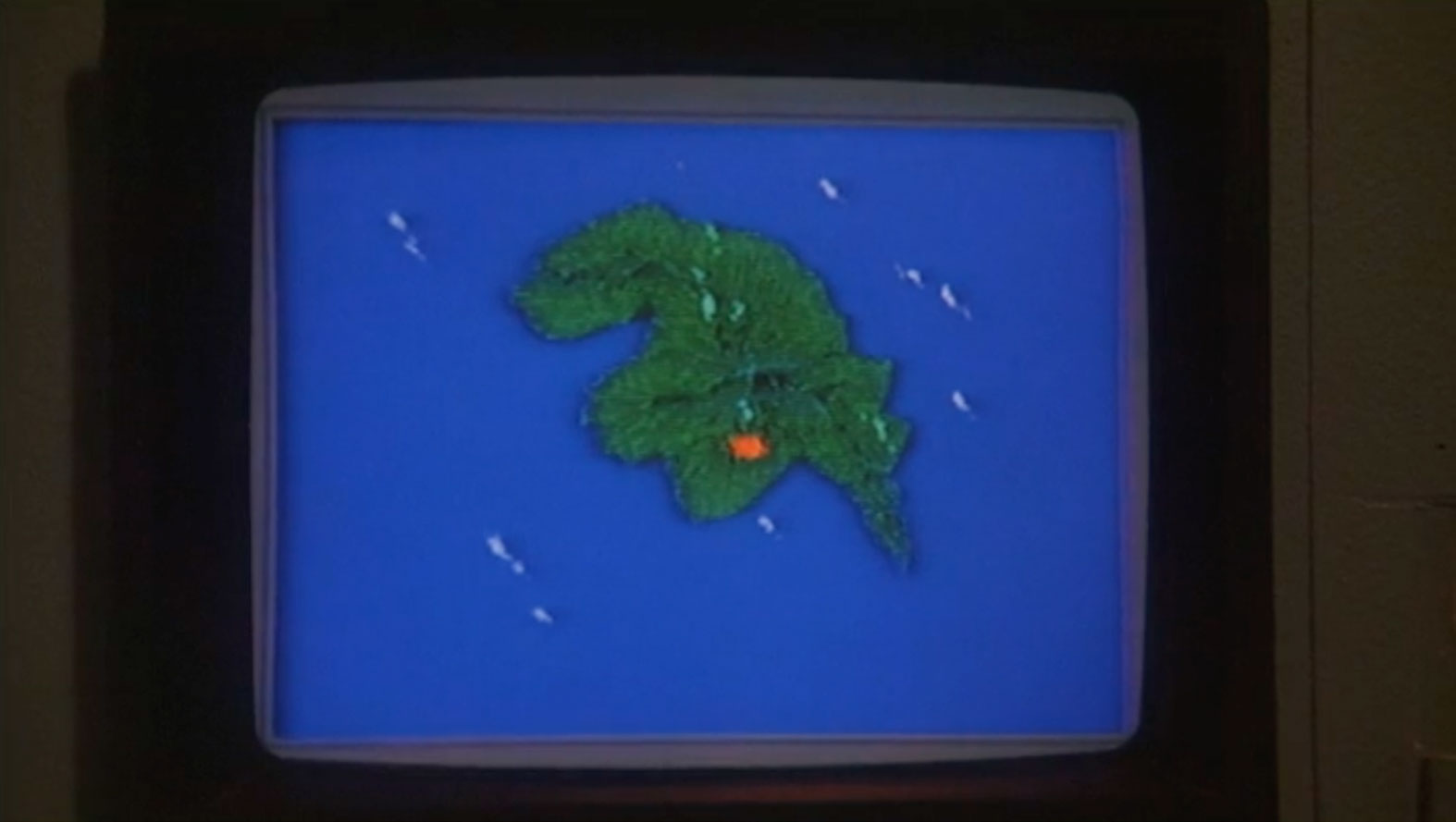 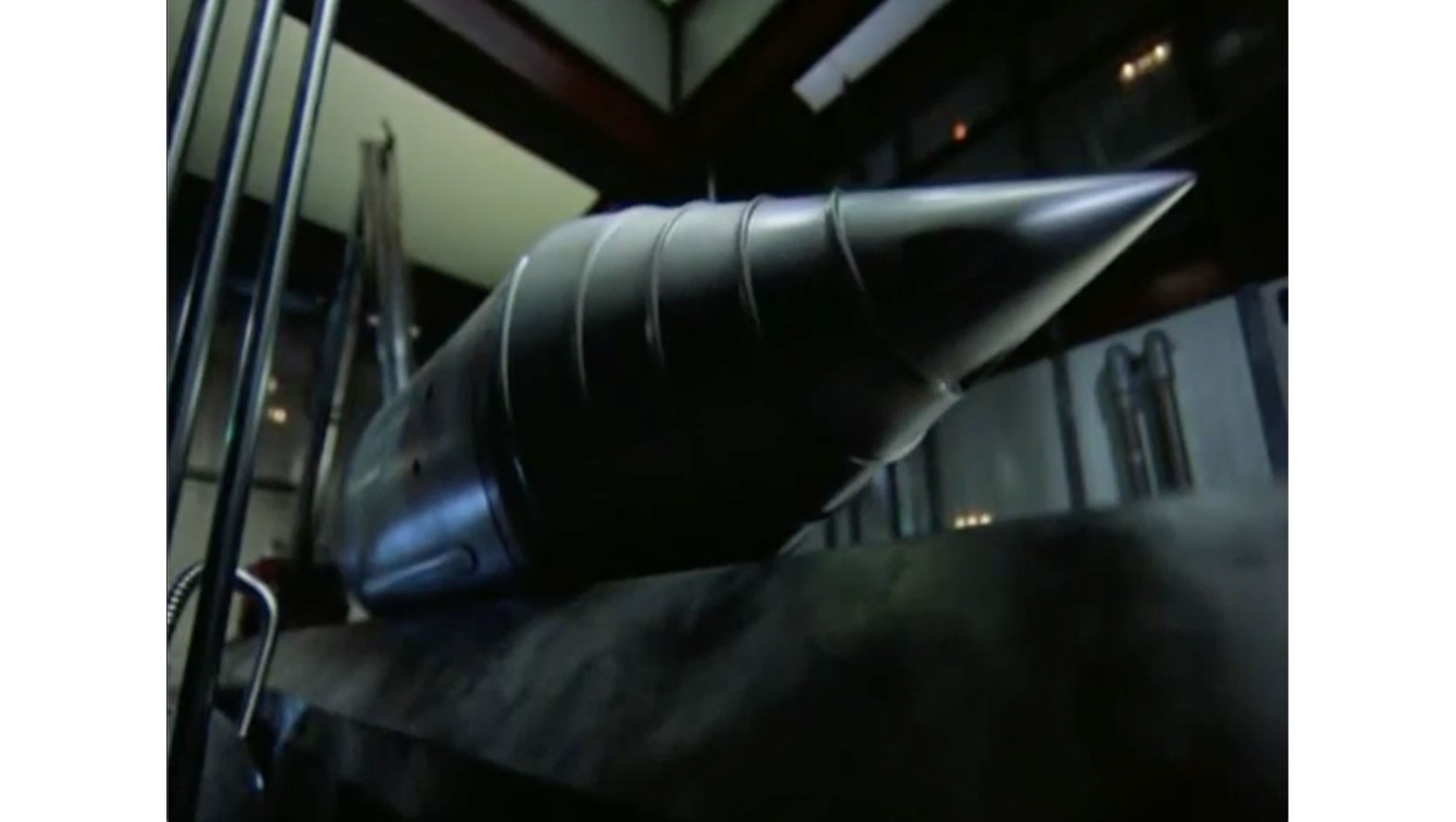 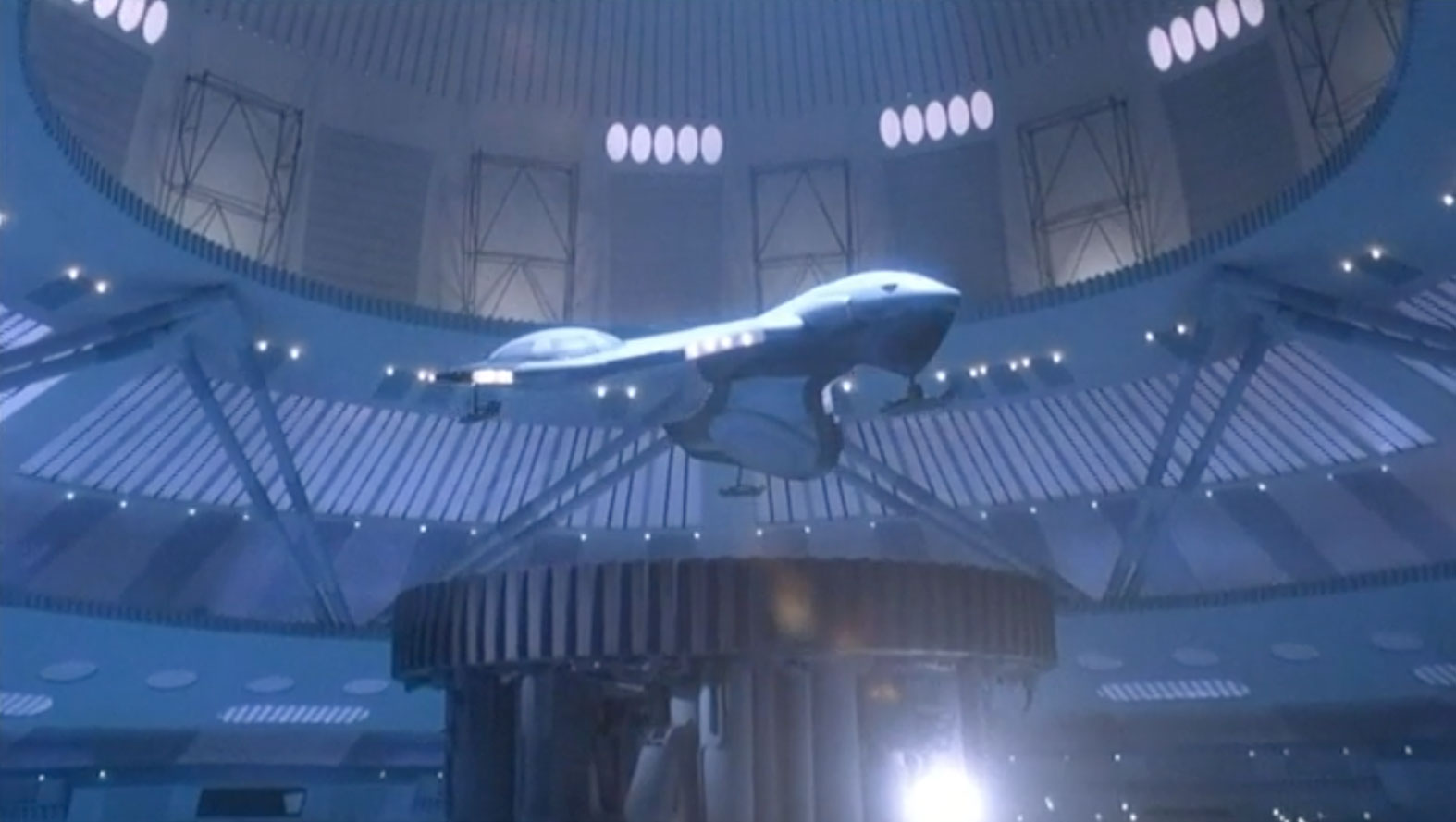 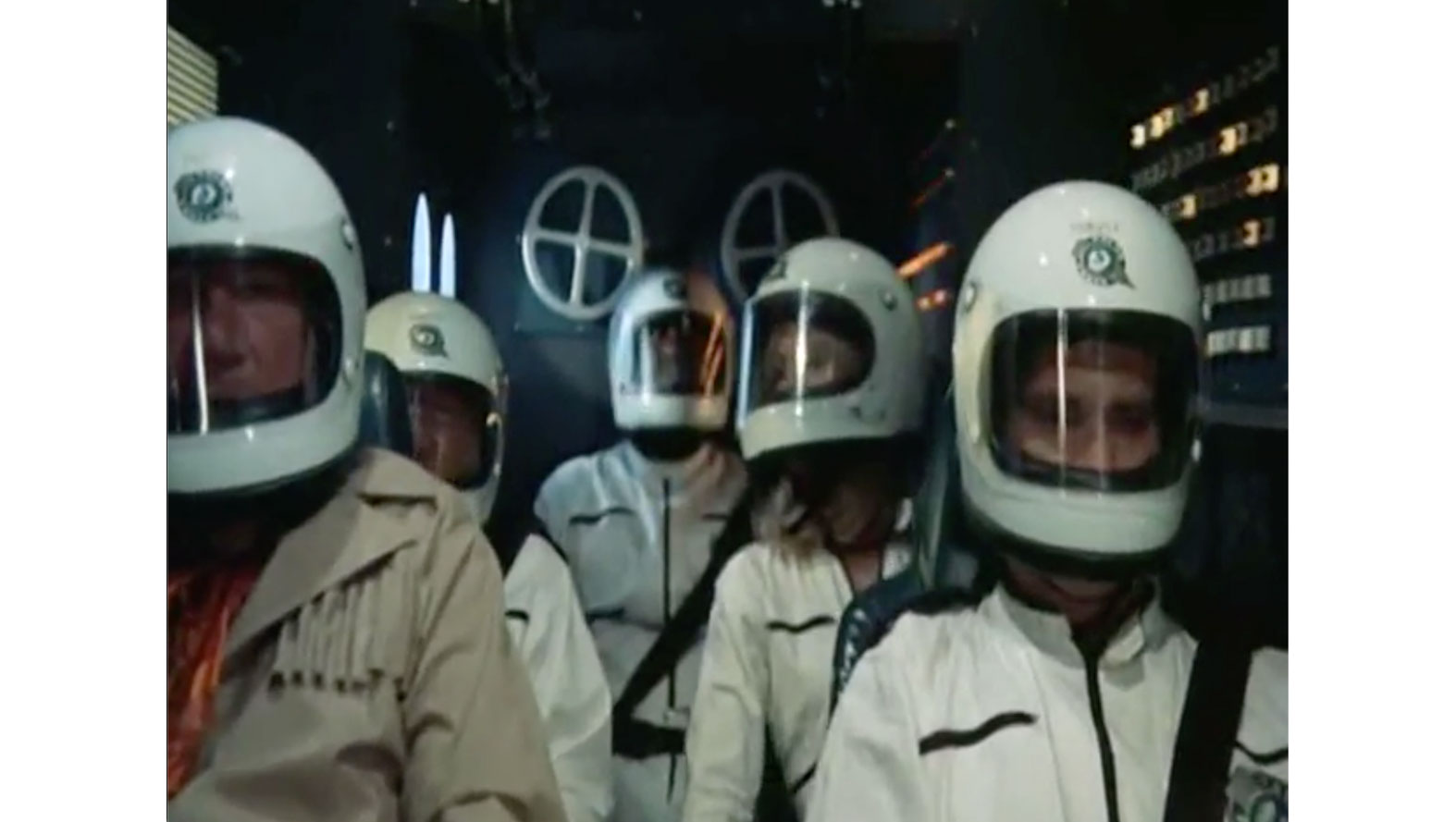 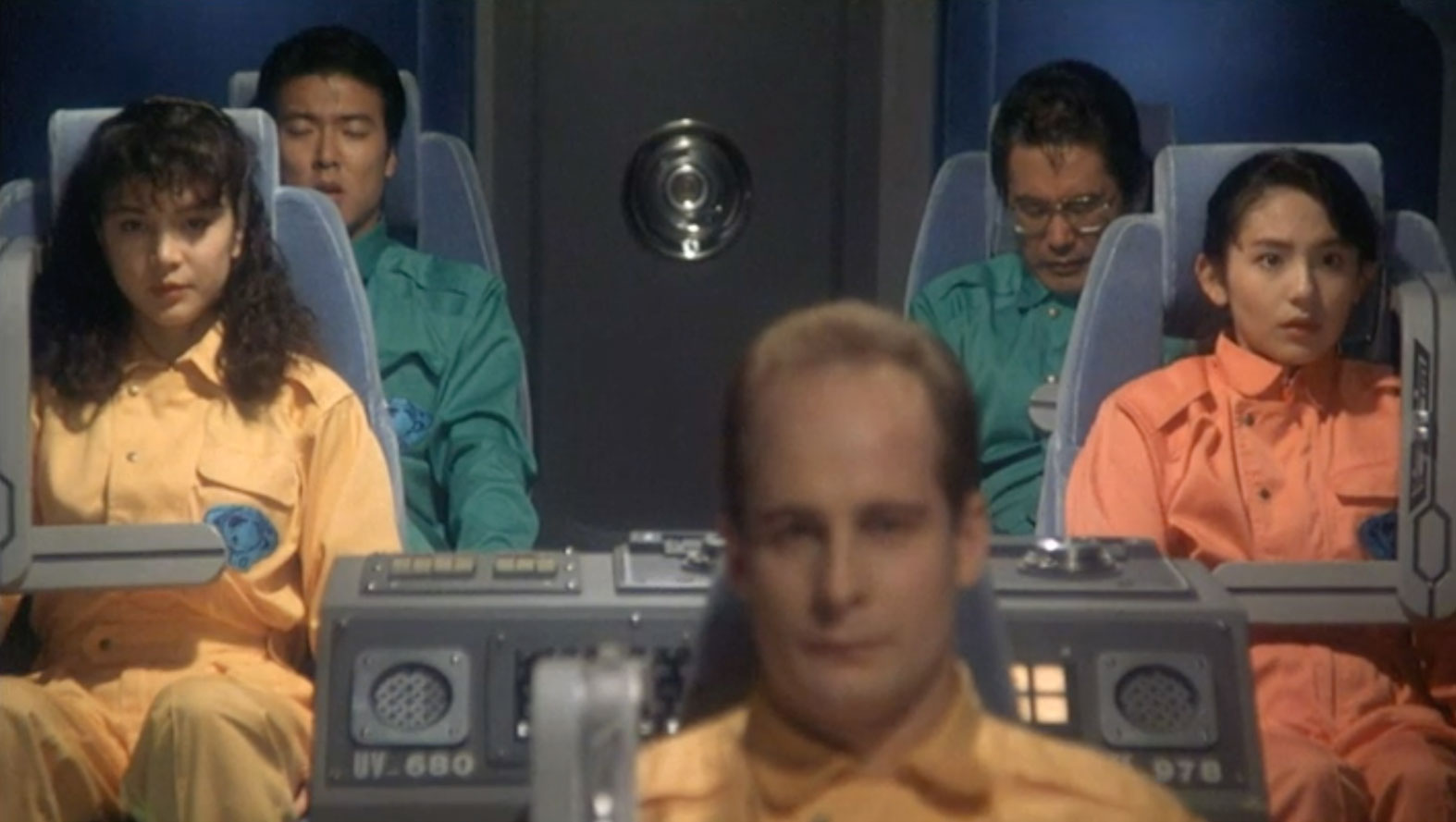 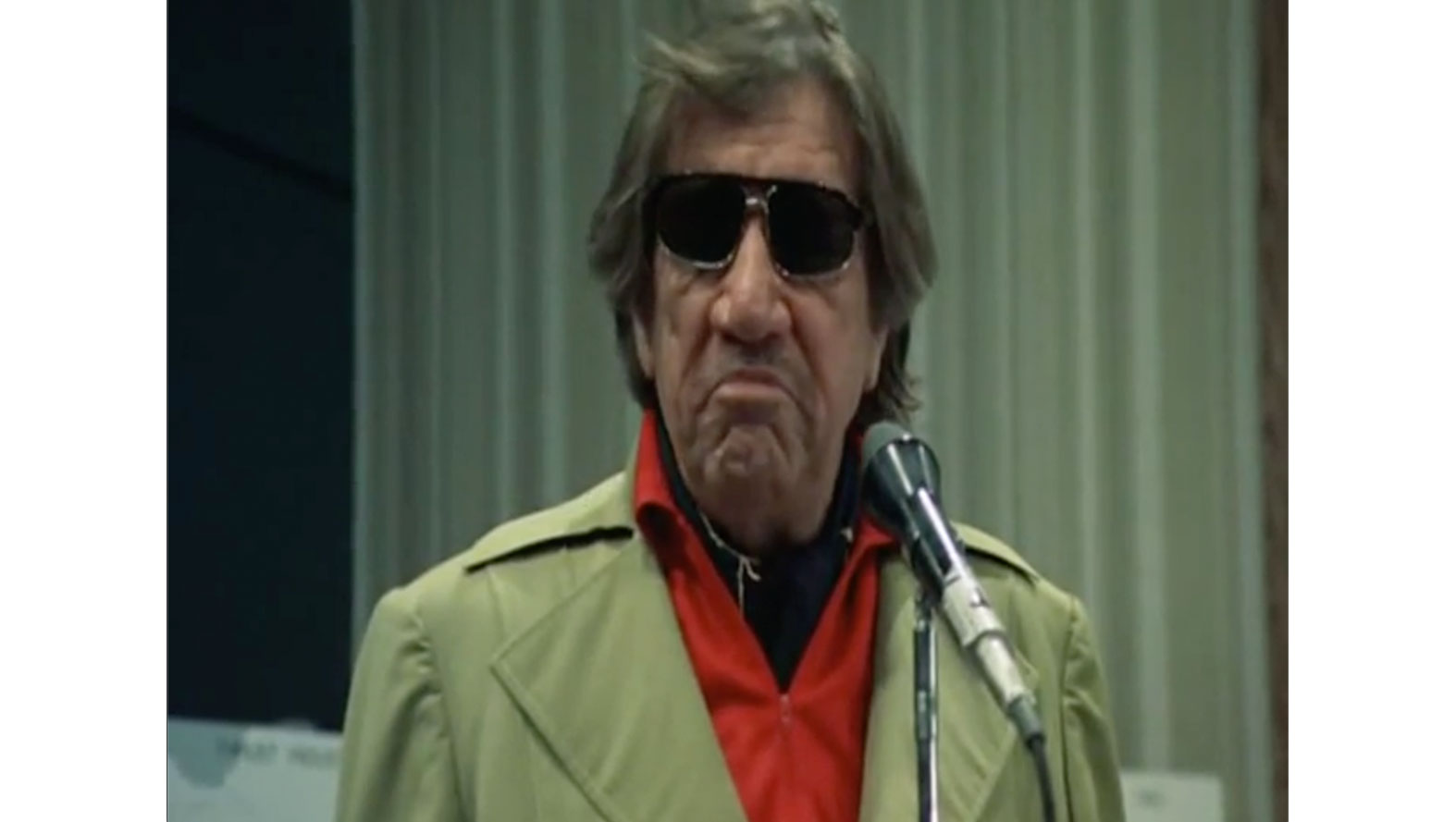 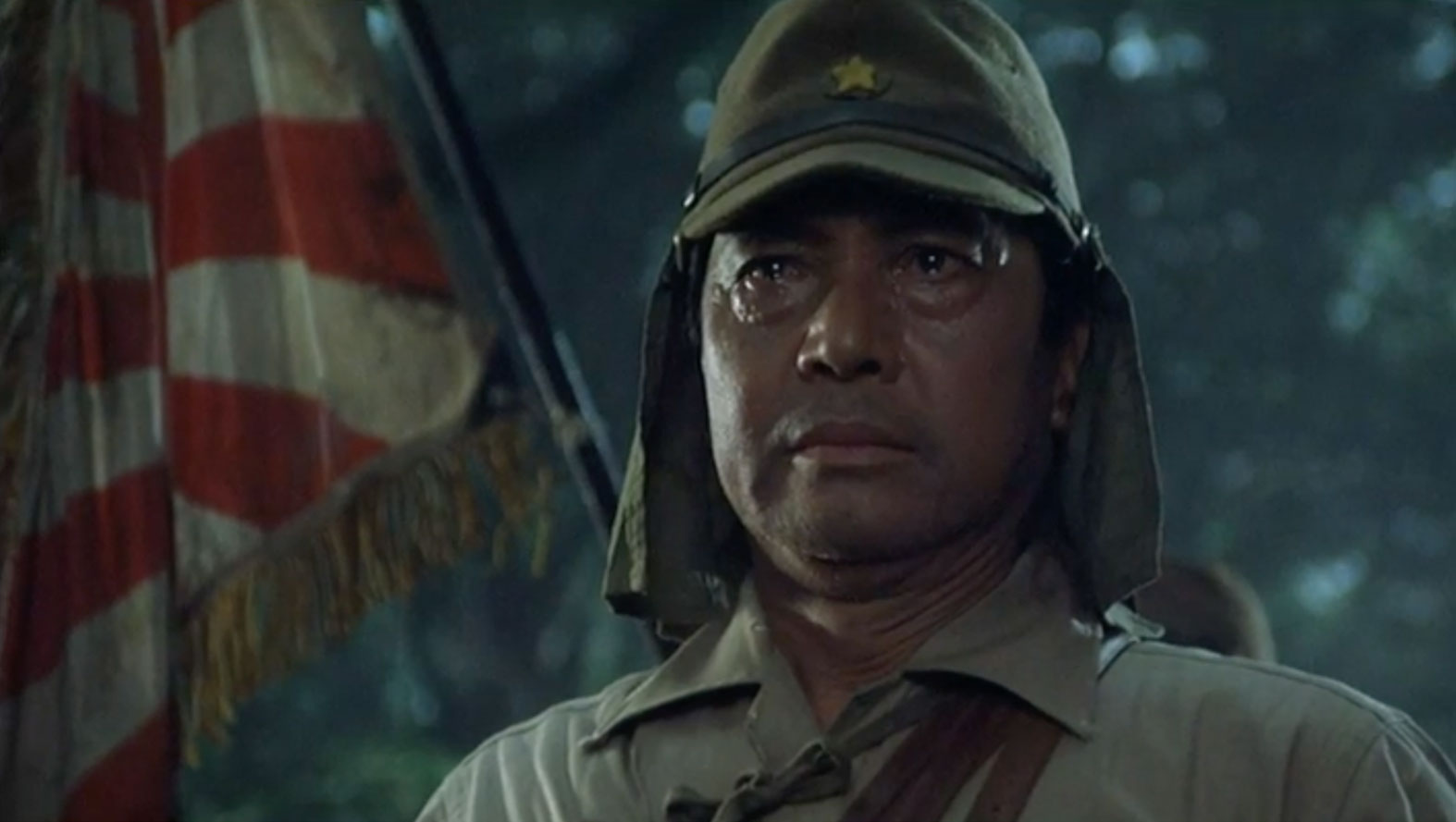 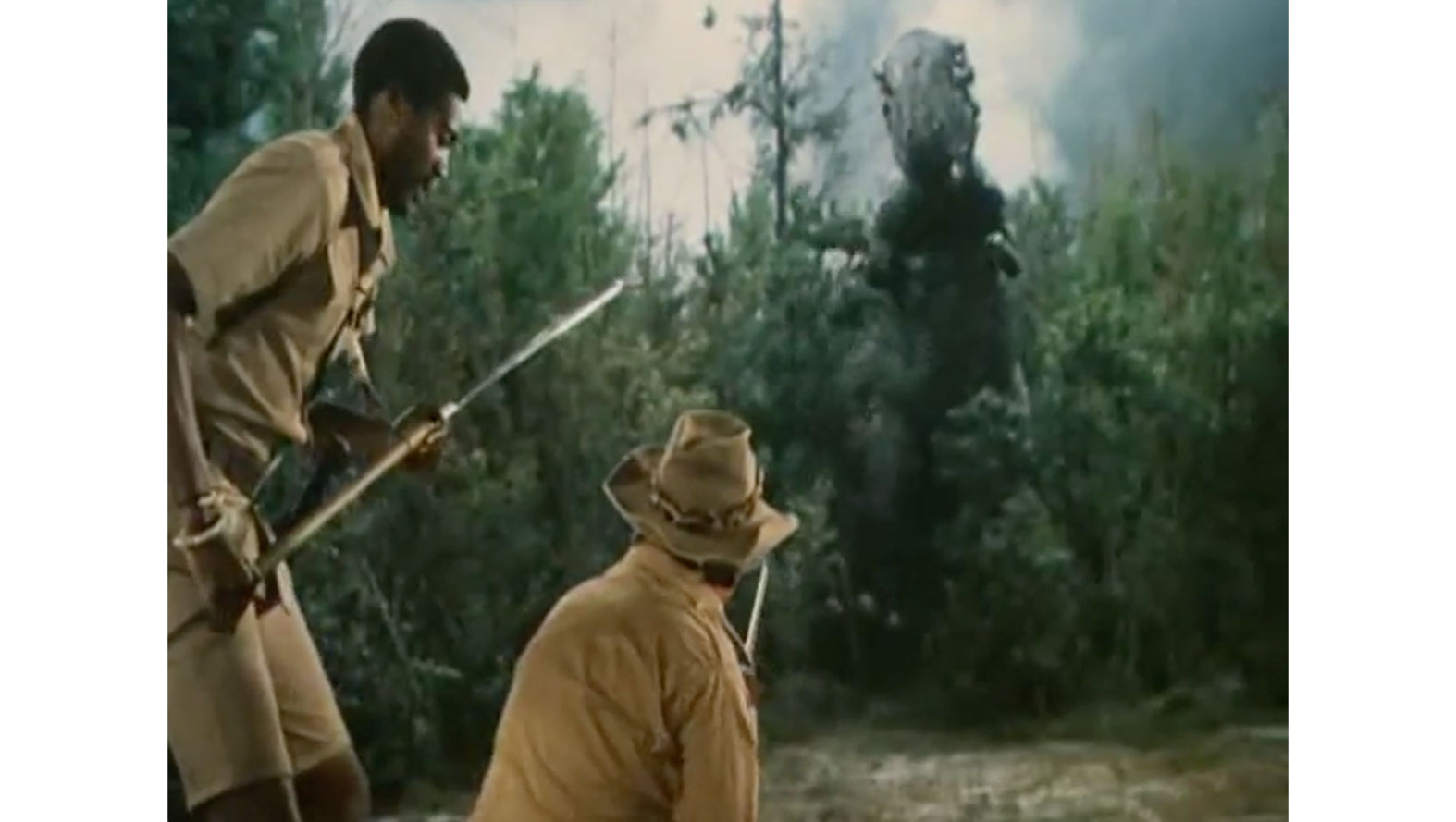 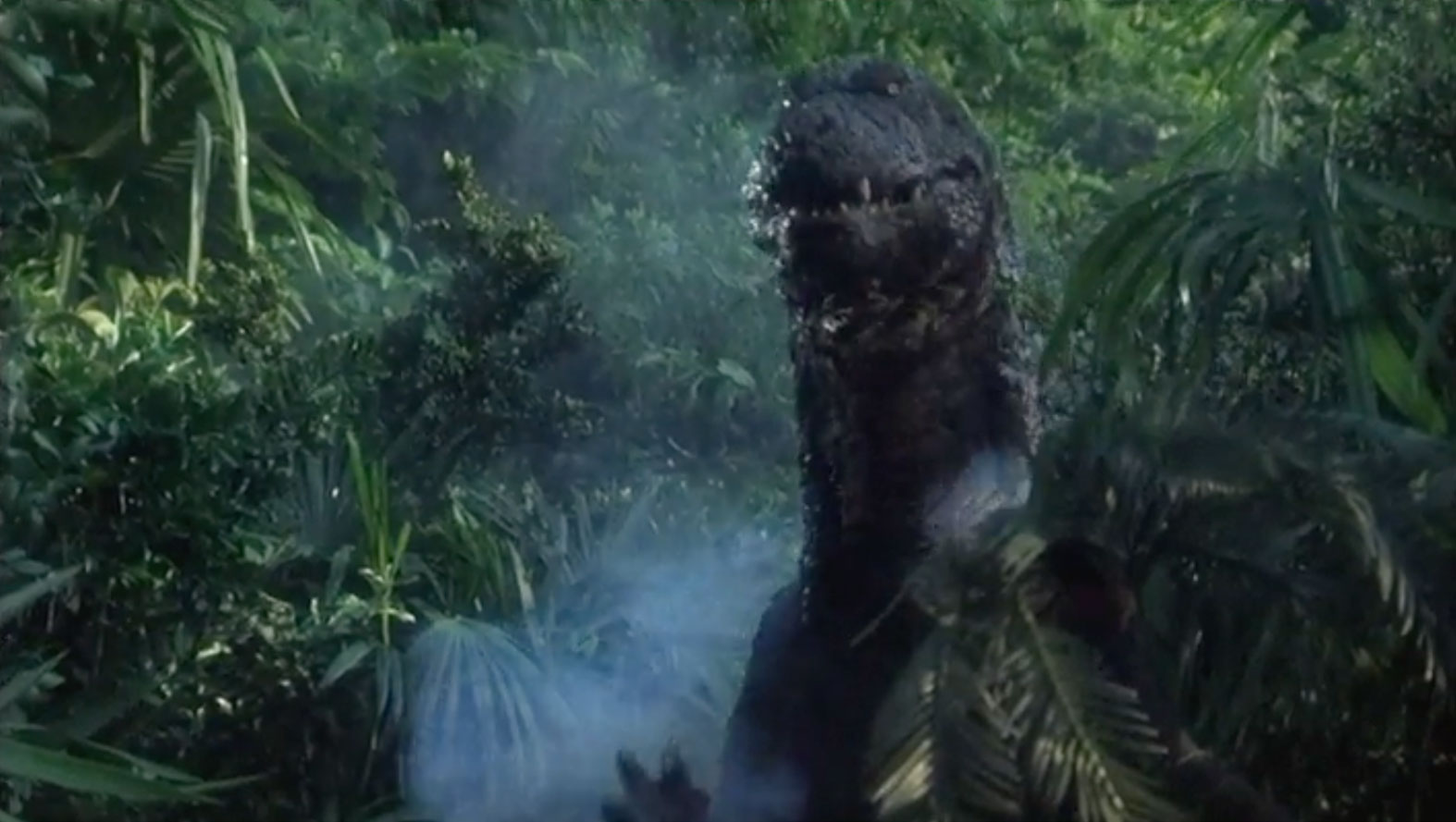 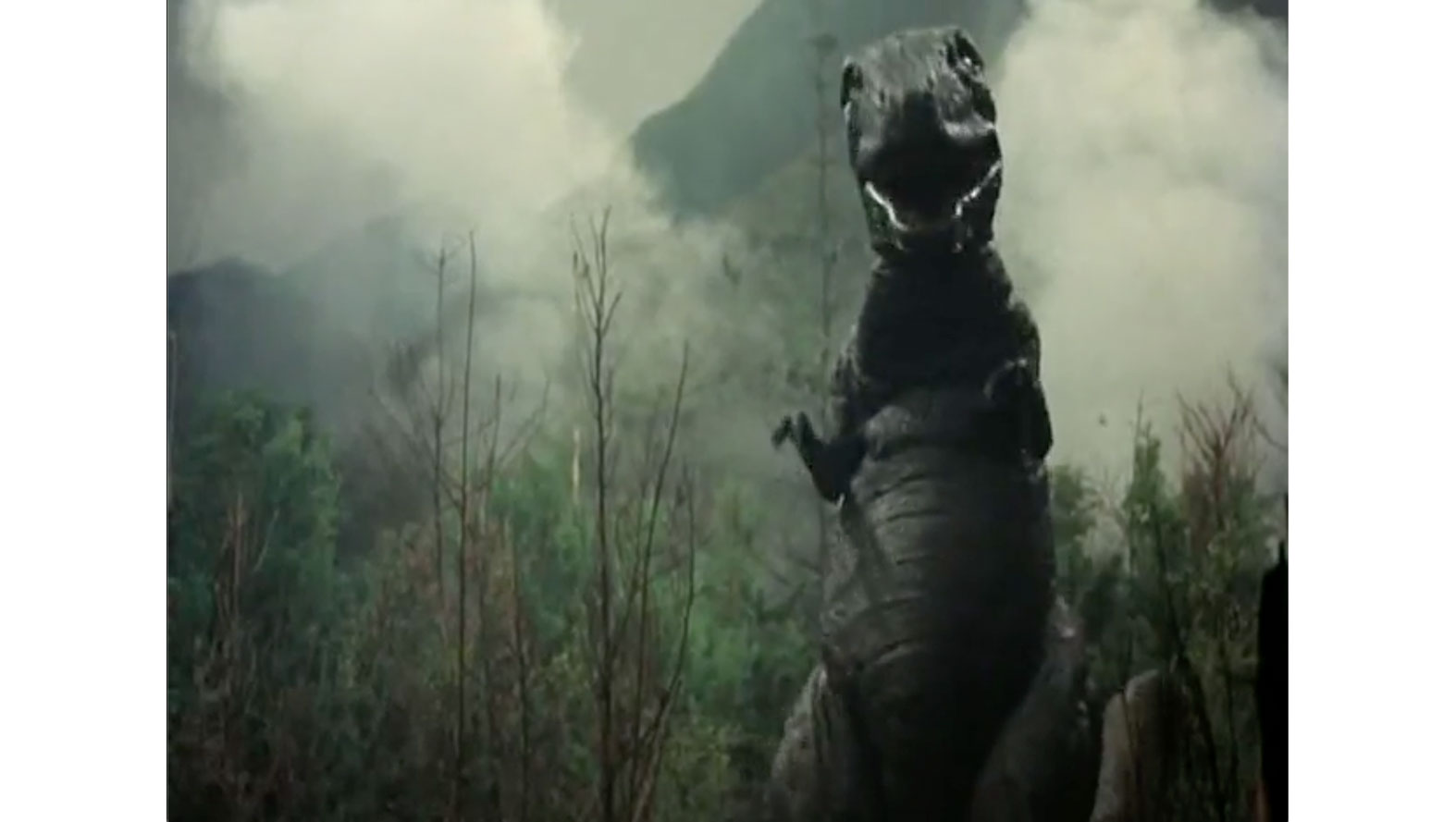 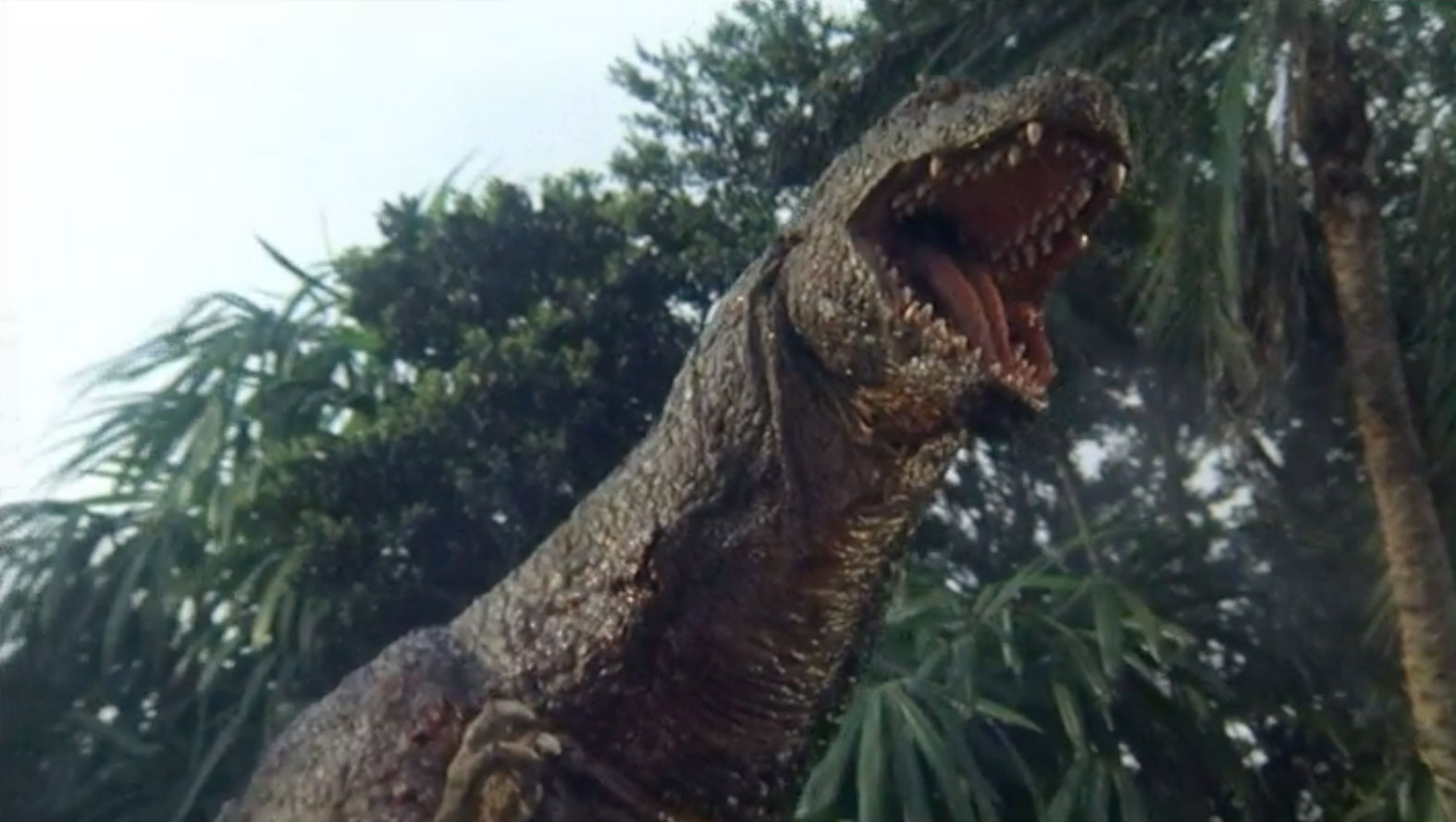 Strong parallels between The Last Dinosaur and Godzilla vs King Ghidorah

Both films are stories about wealthy men, each vested in his dinosaur. The Last Dinosaur is the story of the multimillionaire Matson Thurst and Godzilla vs Biollante is the story of the wealthy businesses Yasuaki Shindo and his connection to Godzilla and modern Japan. During the war, he was the army solider in command of the Lagos Garrison that was saved  from the U.S. military by Godzillasaurus. After the war, Shindo became a wealthy successful businessman and head of Taiyo Group. When the time-travelers from the 23rd century, called the Futurians, moved Godzillasaurus from Lagos so it would not be irradiated by the U.S. Bikini Atoll H-bomb tests and create Godzilla, Shindo sent his nuclear submarine to the Bering Strait to irradiate the dinosaur. But Godzilla attacked and grew more fierce from its radiation. Like Matson who refused to leave and stayed behind to kill the T-Rex after many failed attempts, Shindo refused to heed the call to evacuate his office and allowed himself to be killed by Godzilla. He had great remorse for being complicit in creating. Remaining in the primitive world, Matson, determined to take down the T-Rex, replied to the plea to leave the last dinosaur behind and escape aboard the repaired Polar Borer, saying “So am I.” 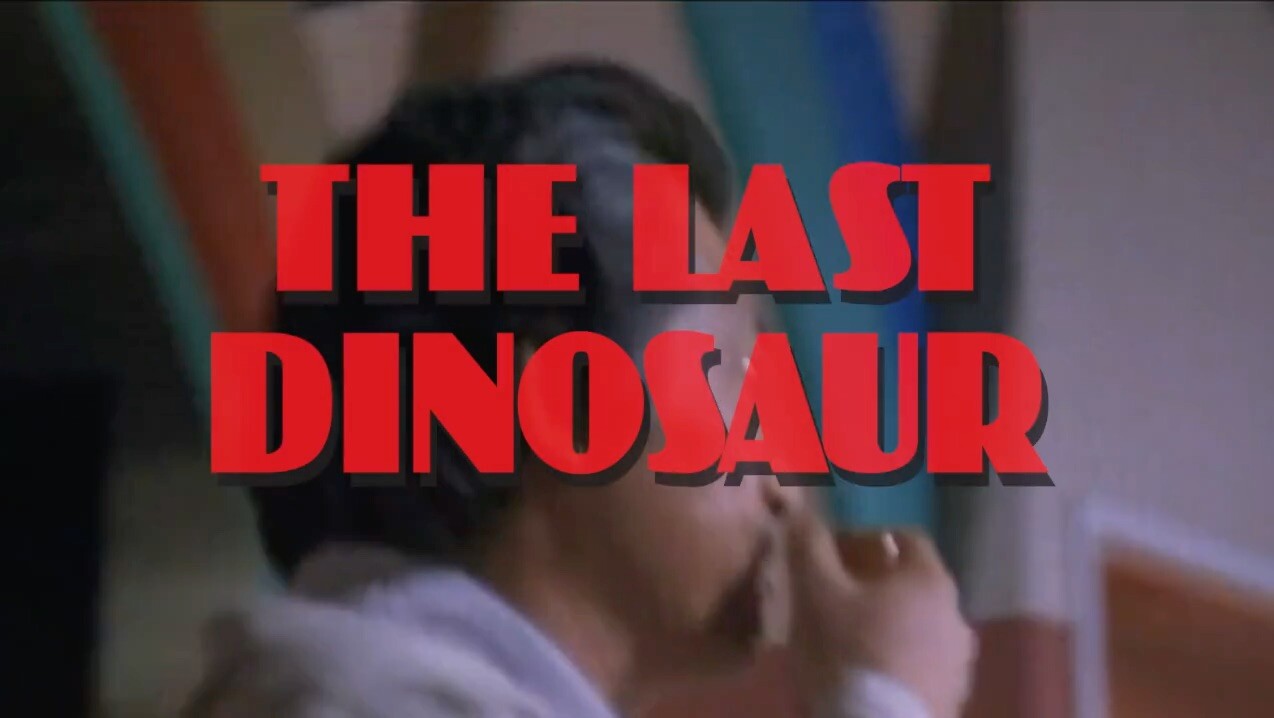 The connection between the two films is clear. I want to know if Toho consciously made these ties. Godzilla’s identity as a dinosaur is revealed in his first film. And now, for me Godzilla is The Last Dinosaur. Their stories are so similar. The life of the T-Rex is parallel to that of the first Godzilla before being exposed to radiation when living near Odo Island. The Last Dinosaur released two years after the end of the Godzilla Showa Era, could be a way of telling the story of Godzillasaurus on Lagos Island.