Genius! Brilliant! Godzilla has truly returned to Japan!
★★★★★
Here is the MyKaiju short review with no real spoilers. 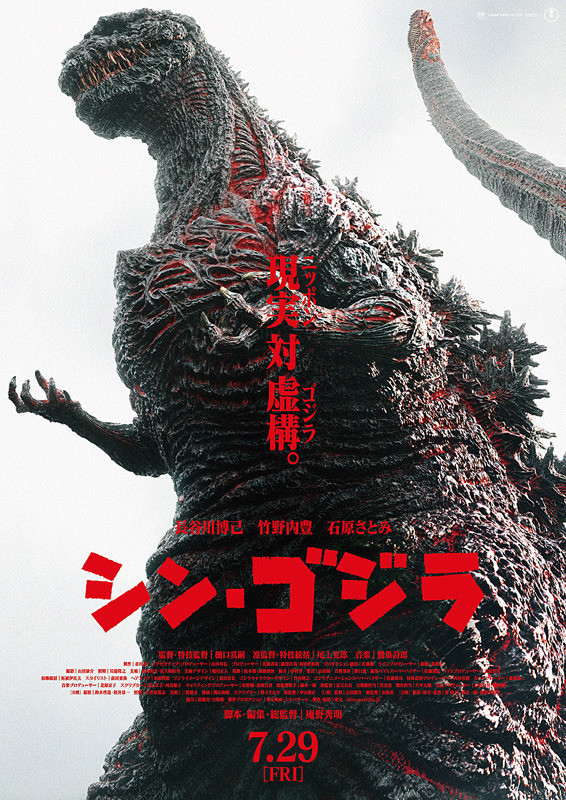 Unlike any other previous Godzilla movie, Shin Godzilla (シン・ゴジラ) is firmly rooted in the nature and intent of the original 1954 film, Gojira. Shin Godzilla is not a movie, but rather it is a film. It is not entertainment. Shin Godzilla is best captured by its subtitles, Japan vs Godzilla, Reality vs Fiction. This is not the Godzilla we grew up with as children.

After seeing the film, “Shin Godzilla,” one Japanese moviegoer remarks, “is not a monster movie.” The film speaks boldly to Japanese audiences. The movie’s heavy dialogue may lack appeal to other audiences but it goes a long way to reveal how Japan works and thinks. This is a Japanese film for the Japanese. This is the Japanese Godzilla for Japan. Moviegoers are taken inside the world of Japanese politics, power, and personal interaction as Japan faces an existential threat embodied by Shin Godzilla. Shin Godzilla is a satirical tragedy exposing the dysfunctional Japanese government with its endless hierarchy and avoidance of blame and responsibility in the time of crisis. But in turn shows the determination, resilience, and collective power of the Japanese to solve on its problems without the interference from allies and enemies alike.

In the film, Godzilla becomes a symbol and metaphor for Japan’s 3/11, the 2011 Tohoku earthquake, tsunami, and Fukushima nuclear disaster. The rapidly moving events of that day are suggested by the swift evolution of Godzilla’s form at the film’s start. There are chilling scenes that echo the unforgettable scenes of destruction, devastation, and death from that dreadful day. Boats flipped into the air and onto shore by a swift moving embryonic form of Shin Godzilla. As a witness of that day’s horror, the movie was eerily reminiscent of the horrific video of the tsunami waves that swept away Japan coastlines. To escape certain death people are running to high ground fleeing for their lives conjure the memories of that fateful day.

Shin Godzilla is Japan vs Godzilla through and through. Japan, divided by opinions and fears, goes to work to defeat Shin Godzilla in ways consistent with Japan’s approach to the meltdown of the Fukushima Daiichi Nuclear reactors. Tanks, missiles, and bombs won’t work against Godzilla. These attacks only agitate, animate, and awaken the slumbering sleeping giant. In the end, Japan comes up with a plan before the nations step in as part of a last ditch effort to stop Godzilla similar to discussions during the time of the Fukushima nuclear meltdown.

In both fiction and in reality, Japan must live with Shin Godzilla as it must live with the Tokyo Daiichi Nuclear Power Plant. Like Fukushima Godzilla sits in clear view for all to see. Life must go on but life cannot ignore the elephant in the room. At any moment more deadly radiation could be released and the problem evolve into a new and more deadly force. It cannot be stop. It can only be managed. It’s an ever-present existential threat. As it is in fiction, so it is in reality.

The difference between Shin Godzilla and Godzilla 2014 clearly emerges. The difference is clear. They stand in stark contrast. The former is an incarnation of the existential threat facing Japan. Since 1954, Godzilla had been a metaphor for the atomic bomb. Now, Shin Godzilla could be understood as the natural and man-made forces unleashed on 3/11. Japan is in a position of weakness. But Godzilla 2014 reflects an American position of strength since WWII. America’s Godzilla is not associated with any collective victim narrative. He is a protector as America likes to think of itself. Each Godzilla is tailored to a specific audience. One audience may find the Godzilla of the other lacking and insufficient. American audiences expect the king of the monsters taking on and defeating every foe. Japanese audiences are the victims of Godzilla who cannot be stopped. Shin Godzilla does not protect, but rather it represents an ever-present threat to the people of Japan.

The music score of Shiro Sagisu is fresh, brilliant, and emotional. It serves Shin Godzilla well. It is a genius mix of old and new tracks. The music builds the new by conjuring the old in good ways. The sound effects were unexpected, adding nostalgia and making something special on screen.

Shin Godzilla should never be dubbed on principle. Practically, it makes no sense to do it. Subtitles are the only way to go. Many voice actors would be needed and therefore cost prohibitive. I am afraid much meaning would be lost in dubbing. A low budget would result in a few voice actors to make many voices would be a great disservice to this film. Dubbing would destroy the film. The Japanese voices need to be heard. It is important to appreciating the movie on its own terms.

Now having seen Shin Godzilla for the third time, it is my favorite and personal best Godzilla film. It is the Japanese Godzilla returned to its roots in 1954. It is full of meaning and requires viewers to understand issues facing Japan. It is brilliant! It is amazing! It is the best! The work of Anno Hideaki and Higuchi Shinji is stunning, genius, and groundbreaking. They have put life back into Godzilla. It is everything I want and wanted in Godzilla. 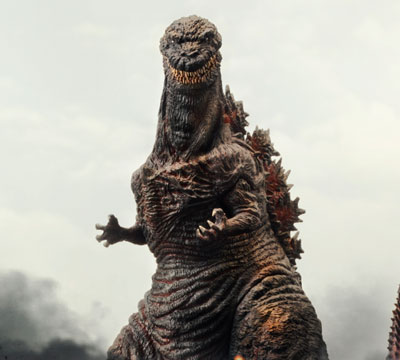 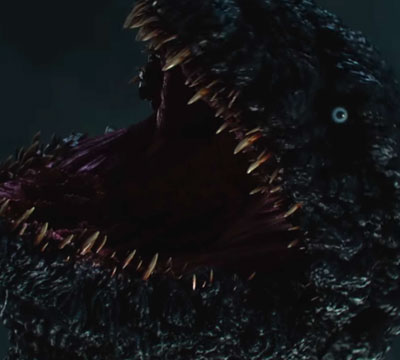 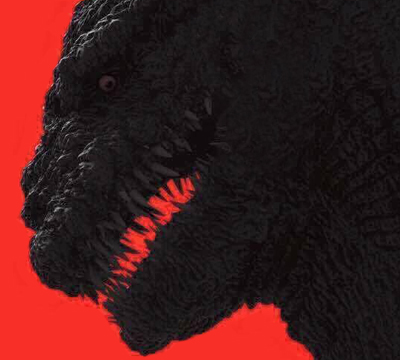