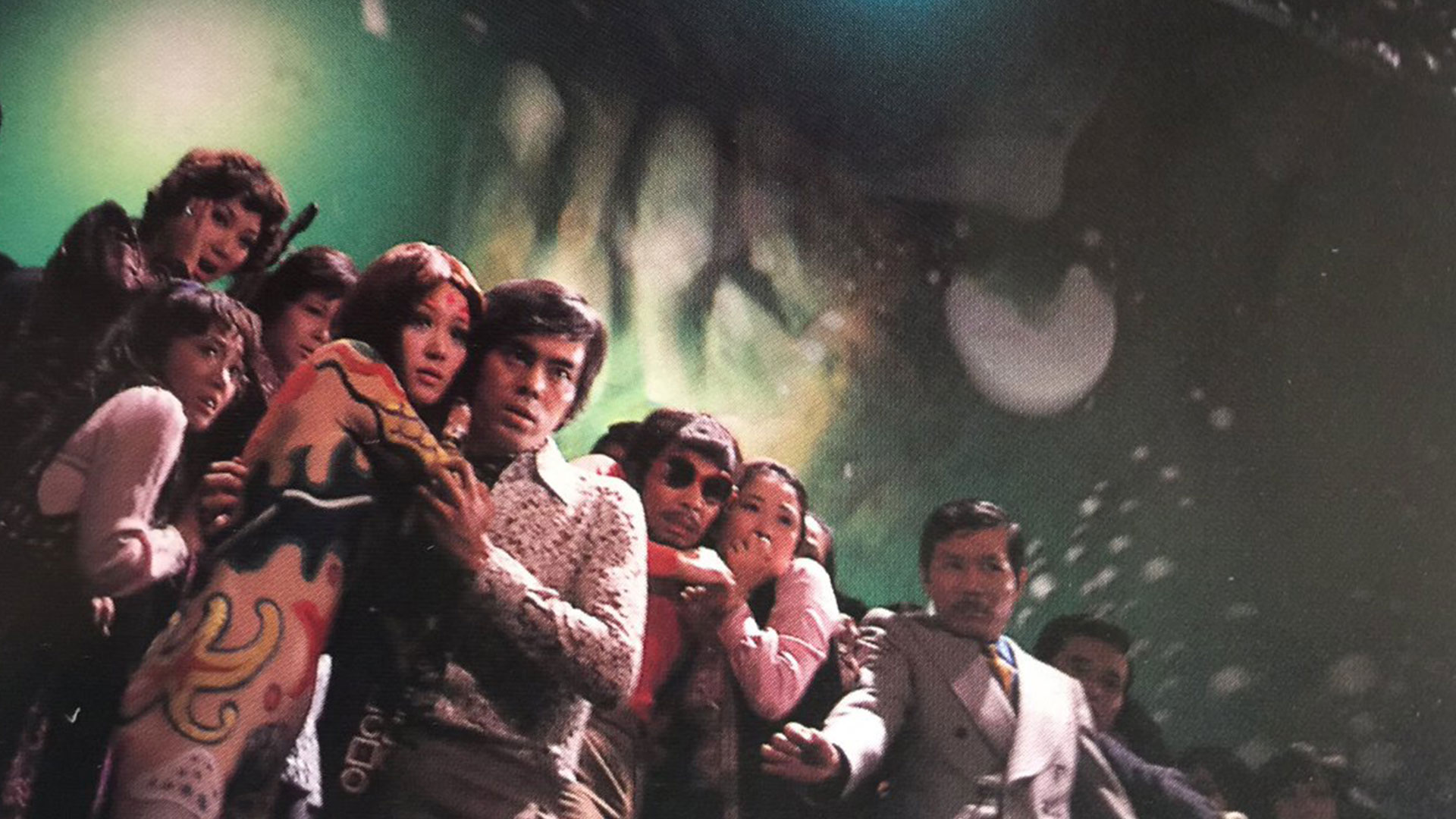 Welcome to the MUGEN

Opening in Akasaka, in 1968, The MUGEN「ムゲン」was the first disco and go-go club in Japan where young people could dance while listening to live performances. The MUGEN was a psychedelic and popular space produced by Yasuhiro Hamano as a luxury go-go club that featured live performances by black bands. Ike & Tina Turner, Sam & Dave, Con Funk Shun, Rufus and Ohio Players, Chaka Khan, The Tigers, The Spiders, and others from the jazz world appeared at the MUGEN. The club was packed with celebrities which included writers Yukio Mishima, Tatsuhiko Shibusawa, Kazumi Yasui, Kenzo Tange, Seiji Ozawa, Tadanori Yokoo, Kishin Shinoyama, and Issey Miyake.1 The club was featured in magazines around the world. It became the setting for American films. It was selected as one of the “Seven Moving Places in the World” by the United Nations.2 At the time of its opening, a Japanese article described as: “The Psychedelic Club: Birth of the MUGEN. Psychedelic zone in Akasaka, Tokyo. A club called MUGEN, which is a favorite of avant-garde artists, was born. The walls of the stairs that descend from the inverted U-shaped entrance to the basement are colored with silk moth paint and neon paint, and when exposed to black light, they develop a vivid color. The room is divided into audience seats, the stage, and the roaring sound of the electric band and the men and women who dance the go-go are projected with a multi-strobe…[ ] a storm of hallucinations…” The MUGEN closed on February 2, 1987.3

Does the MUGEN sound and look familiar to you? In 1971, fifty years ago, the MUGEN is said to have been the model4 for the go go club set in Tago, Fuji City, the “Underground” (アングラ富士市田子), where Miki Fujinomiya (富士宮 ミキ) played by actress Keiko Mari performed Kaese! Taiyo「かえせ！太陽を」known as the “Return the Sun!”, in Godzilla vs Hedorah (1971). Going down the stairs at the entrance, there is a large space in the basement, with counter seats on the right, small tables in places, a round table on the left where dancers dance, and a stage where the band plays in the center. There is a large space in the center where customers dance go-go. There is a hemispherical mirror on the ceiling, a stage for a band, a huge screen for projecting avant-garde psychedelic art and footage, space for young people to dance to music and a bar counter.5

For a long time, I wondered was this club a real place and why were faces of black men on the walls. Discovering the MUGEN has finally answered those questions.