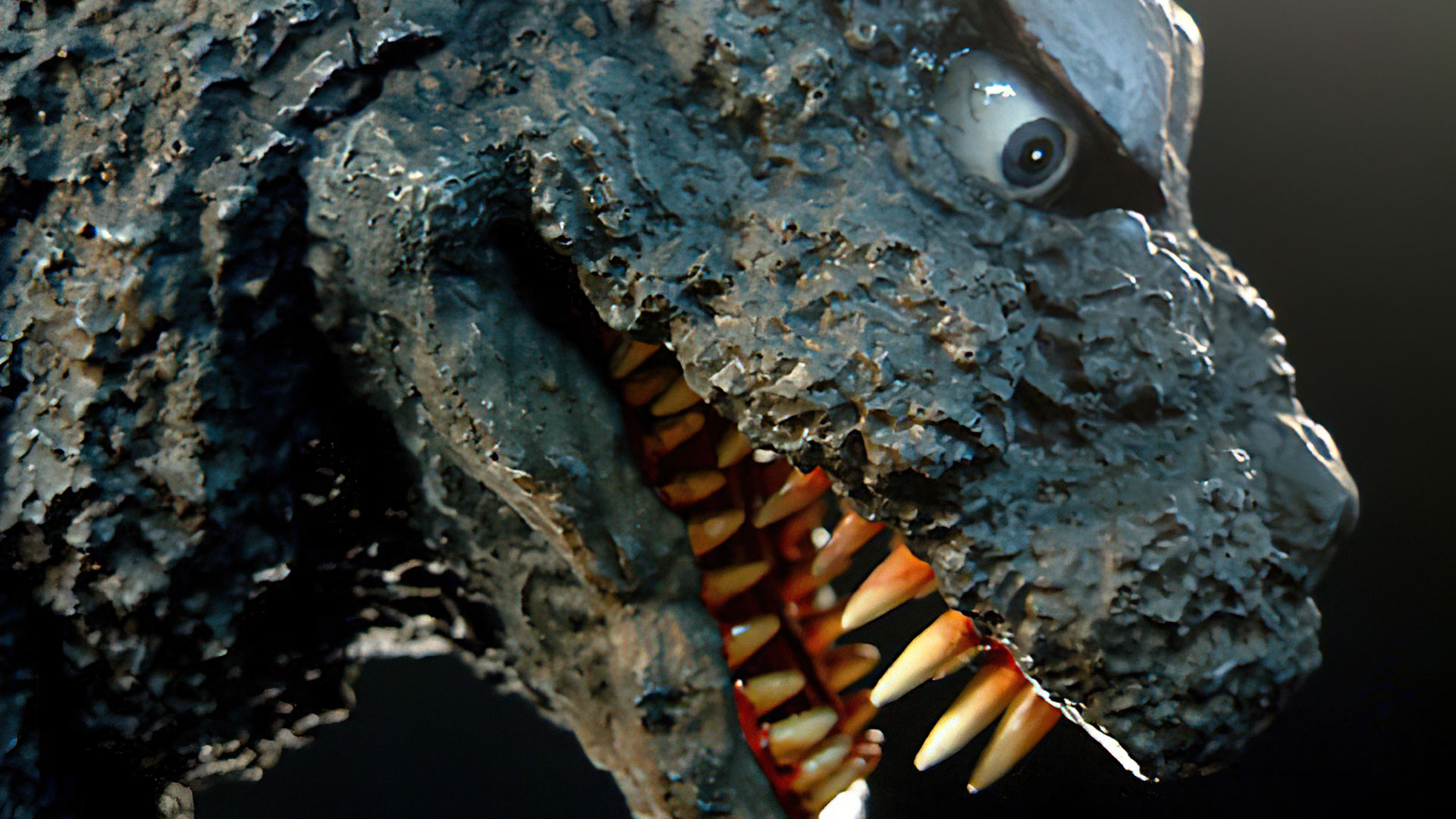 In just a few days, many of us will be receiving the latest X-Plus release in their Favorite Sculptors Line. This time it will be the Gigantic Series Godzilla 1954. This will be no ordinary Shodai Godzilla. This Godzilla is the work of Masao/Tadao Inoue (井上雅夫). Only since X-Plus announced this coming figure, Master Inoue’s work was all around me, but I knew little of him. Meet Master Inoue.

The first time I saw Master Inoue’s work was in ファンタスティクコレクション No. 38 3D怪獣全集 Monsters Catalogue in 3D by 小田雅弘, which I purchased back in 1984 from Rocketships & Accessories. From cover to cover, his great work is prominently featured. This book was my wish book; I wish I had everything listed. I could not read Japanese at the time. So I was oblivious to the names of the garage kit creators. The kits that always starred at most was the work of Master Inoue. His KinGoji and MosuGoji are iconic and quintessential sculpts. The latter always reminded me of the Bandai Jumbo Godzilla. My favorite was his MechaGodzilla. At that time I did not know he sculpted the Bandai Real Hobby MosGoji on the back cover.

「怪獣っていうのは神さんなんですよ。 昔の怪獣はね、みな日本古来の神さんの顔してる。 神さん作るのは本当に難しい。」
“A monster is a god. Old monsters all have the faces of ancient Japanese gods. It’s really difficult to make a god.”
– 井上雅夫 Masao Inoue

Several years ago, I kept coming across beautiful photos of a Shodai Godzilla kit on Zooms.jp and Gemini555.com during my Google searches. They were great inspiration for my toy photography. I wanted to capture the first Godzilla in the same way. Little did I know that the kit was the work of Master Inoue.

「日本の怪獣は美しいんですよ。 それとその背景に、古典の能やら歌舞伎やら仏像やらといった伝統芸術のセンスがあるんです。」
“Japanese monsters are beautiful. In the background, there is a sense of traditional art such as classical Noh, Kabuki, and Buddhist statues.”
– 井上雅夫 Masao Inoue

Masao Inoue (井上雅夫, also known as Tadao Inoue) was born in 1954, fitting in the year Gojira was released. He made his debut in 1982 as “Inoue Kobo”「イノウエ工房」. Since his debut, he has released a series of large kaiju pieces and continued to create numerous masterpieces under “Inoue Arts”「イノウエアーツ」. He retired in 1994 but having a great influence on Godzilla models and commercialization later. A leading sculptor who played an active part in the beginnings of garage kits. He produced prototype masters for major kit manufactures as Kaiyodo, Volks, Billiken, Vinyl Paradise and Bandai. Every garage kit fan of yesteryear knows his name and work. In 1994, Master Inoue constructed a human-sized model of Godzilla for the Godzilla Museum and Shop in Kobe (G-Force/G-Fan Daikaiju Enterprises Issue #8, March 1994).

Last fall at Super Festival, X-Plus revealed and announced Master Inoue’s Godzilla 1954 as their next installment of their Favorite Sculptors Line. His Godzilla (水爆大怪獣東京上陸 初ゴジ, Godzilla in its pose as it landed in Tokyo) is one of his series of large kaiju kits ranging from 30 to 50cm. His iconic Inoue Arts 55 cm Shodai Godzilla will come in at about 49cm high and 70cm in length. The RIC version includes a set of canons similar to those in the first release. Fans can recreate that iconic production photo of Godzilla arriving in Tokyo. Master Inoue even brushed up the detail on the X-Plus coming release.

In several days, Master Inoue’s Godzilla 1954 will arrive. Garage and vinyl kits are expensive and difficult to get, especially this older historical kits. X-Plus is bring his timeless work to the homes and collections of Godzilla fans that would never have access to such work. It will be a great honor to have his Shodai Godzilla on display.