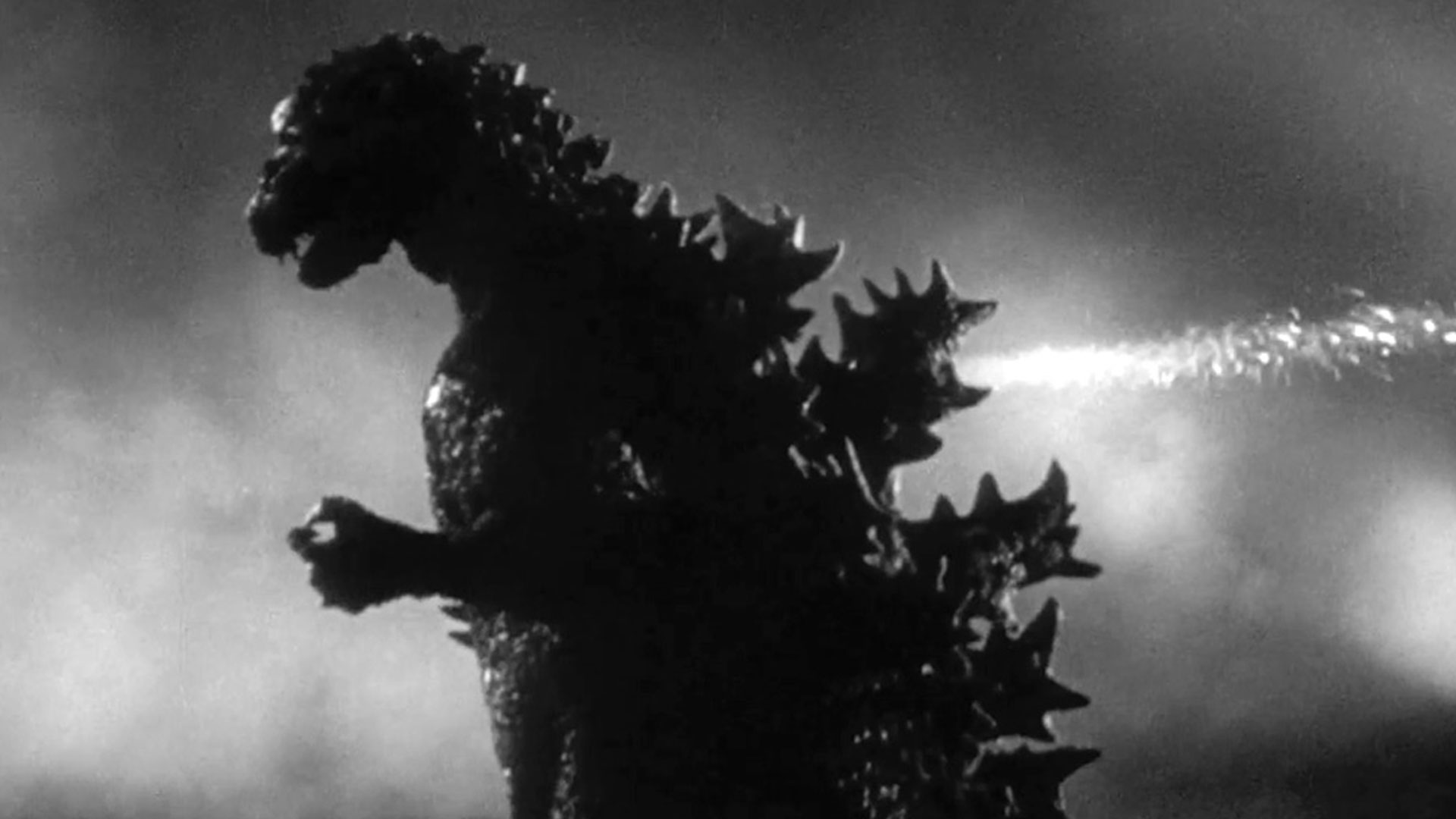 August 6, 2020, marked 75 years since the dropping of the atomic bomb by the United States on Hiroshima and three days later on Nagasaki. Out of ashes of war and the tragedy of the Lucky Dragon No. 5, Toho producer Tomoyuki Tanaka created a monster shaped by nuclear holocaust to remind the world of what had happened. Tanaka said, “Godzilla is the son of the atomic bomb. He is a nightmare created out of the darkness of the human soul. He is the sacred beast of the apocalypse.” But what he had created and the message he crafted was deliberately distorted and destroyed by the editing of his film and its subsequent release in American theaters in 1956 under the title Godzilla King of the Monsters. The monsters message and its powerful metaphor was reduced to rubble. 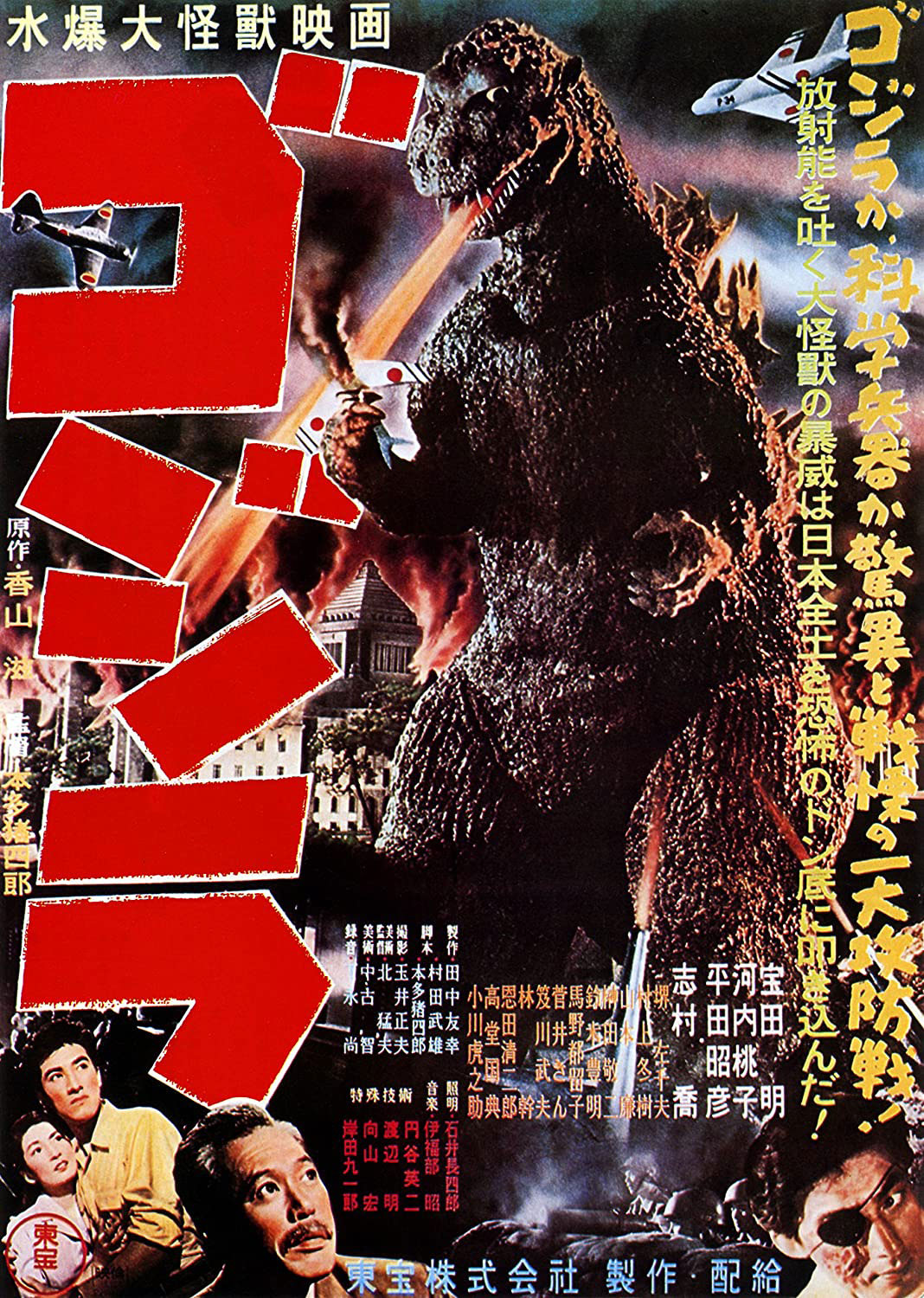 For example, in the powerful opening scene of Gojira 1954, the Japanese fishermen blinded by the great flash of light followed by their immediate death. This scene recreated the flash of nuclear detonation as seen by the fisherman of the Lucky Dragon No. 5 at the time of the Bikini Atoll H-bomb test on March 1, 1954. Instead, the US release opens with an injured Steve Martin (played by Raymond Burr) buried beneath debris. He is the center of the film and he will retell his story and narrate the experience of Japan through his American eyes. When Martin recalls this sinking of the ship the roar of Godzilla is insert to leave no doubt that the monster destroyed the boat. But in Gojira, there is no such roar leaving the movie audience convened that what they were about to witness is no different than the detonation of nuclear weapons not so distant from their recent experiences and memories of the war and of the Lucky Dragon. The entire US version revolves around Steve Martin rather than the story of the suffering of the Japanese people. Martin’s experience and injury is paramount. The Japanese are of secondary importance. And the metaphor of Godzilla was lost. The film was lost in translation intentionally. Tanaka’s masterpiece was whitewashed and gutted of its message, meaning, and purpose.

And sadly, this approach continued with the Legendary Godzilla King of the Monsters. In the movie, Godzilla is revived by a nuclear explosion requiring the sacrifice of the Japanese scientist Dr Serizawa, whose inherits the name of the 1954 character. Once again, the Japanese origin film and story is bastardized in service of a pro-nuclear weapon message. American military might is the real Hollywood producer and hero recruiting captive young influential girls and boys in movie theaters across the country. American citizens were in a way the next victim of American propaganda and militarism which now pays for and influences Hollywood filmmaking. We have been taught to “love the bomb” as the new book, The Beginning or the End: How Hollywood and America Learned to Stop Worrying and Love the Bomb, by Greg Mitchell, details.

Little did we know and most of us still don’t know that the dropping of those atomic bombs did not have to happen, and the US government knew it. Journalist Gar Alperovitz and Martin J. Sherwin in the LA Times, write, “However, the overwhelming historical evidence from American and Japanese archives indicates that Japan would have surrendered that August, even if atomic bombs had not been used — and documents prove that President Truman and his closest advisors knew it.” For years, the documentation of the pain and suffering of the bomb’s victims was concealed from public view. The US had banned photographs revealing the human impact of the bombs in both the US and Japan. A new book of photos, “Flash of Light, Wall of Fire,” documenting their suffering was recently published to challenge false perceptions.

Godzilla has been rendering useless and has taught us nothing. For most US moviegoers Godzilla is a silly thing and just a man in a suit smashing Tokyo. When Godzilla’s story is deliberated “whitewashed” as Kimmy Yam described in ‘Godzilla’ was a metaphor for Hiroshima, and Hollywood whitewashed it, we would never got the lesson and now we are worst for it. Nuclear weapons will never protect us. But they will be our collective undoing. We are the problem. We are the monster we should fear most. We are the man in the monster suit.