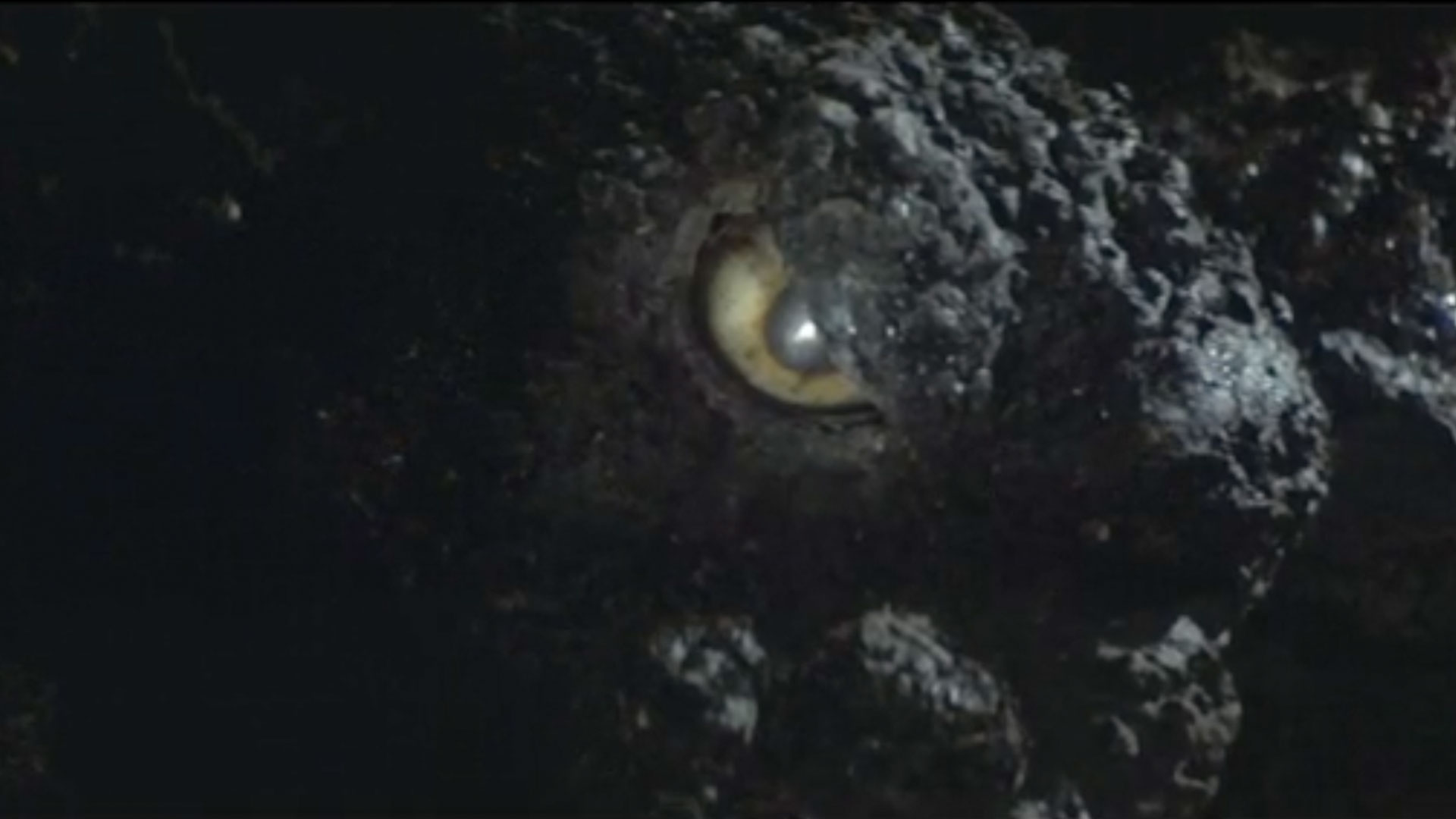 When Godzilla woke up

The word “woke” has become a byword with negative connotations in American culture as of late. But “woke” refers to someone who is “alert to injustice in society” and “aware of and actively attentive to important facts and issues” (Source: Merriam-Webster). In that sense of the word, I claim Godzilla woke up in 1964. I think of this as Godzilla’s conversion. It is always on my mind. It struck me growing up. I loved Godzilla the friend and hated Godzilla the vengeful monster. His conversion is a subtext to the Showa era movies. In the prologue created for the U.S. release of Terror of MechaGodzilla (1975), Henry G. Saperstein summarizes this important conversion. From 1954 until 1964, Godzilla was a victim seeking revenge until he made an about-face in Ghidorah The Three-Headed Monster (1964).

Mothra tries to convince Godzilla and Rodan to fight Ghidorah for the earth in Ghidorah The Three-Headed Monster (1964).

In the film, Mothra being the guardian monster she is, saw and understood the threat King Ghidorah was to her people as well as to Japan and the world. Ghidorah was a planet destroyer, having consumed Venus and portrayed as a threat to Planet X. But Godzilla and Rodan were having nothing to do with saving their human enemies. No amount of logic and argument would convince them to unite against this common threat. So Mothra set out on her own to take on the three-headed menace.

And there was nothing fair about that lopsided whipping laid on Mothra. Mothra was the last of the first Mothra’s two larvae. They both were as courageous and sacrificial as their mother. They were fierce fearless fighters despite their size and physical limitations. What they lacked in physical size they made up for with their cunning, courage, intelligence and understanding. Mothra subjected herself to a restless barrage of Ghidorah’s gravity beams that tossed her all about in the air. It was an ugly sight. And apparently Godzilla and Rodan thought so too. And perhaps that was part of her plan and reasoning for fighting. Such commitment reveals the depth of her understanding.

Drawn into the fire Godzilla jumped into the fight followed by Rodan. There must be something said about seeing someone bullied. It made a hero out of a monster. In the moment, Godzilla was converted. In the words of Henry G. Saperstein, “But Godzilla like an animal protecting his home territory decided to unite with the earth people in attempting to fight off the invaders. Godzilla, the terrifying monster, now becomes Godzilla, the friend and ally.”

Godzilla approaches to save Mothra and to take on Ghidorah.

Godzilla’s story began tragically. Asleep in his home near the Bikini Atoll, he was awakened by the most powerful hydrogen bomb detonated by the United States on March 1, 1954. Like the Japanese crew of the fishing boat Lucky Dragon No. 5, Godzilla is startled by the bright flash of atomic light and his entire body is burnt and scarred by its radiation. A new terrible monster is born, known by the local people as the legend of Odo Island, and appears determined to exact revenge on the human race. In a sad parallel, Godzilla, like an atomic bomb, returns home devastating Japan once again.

Godzilla has a candid conversation with Mothra and Rodan about how he feels about human beings and the way they have treated him.

Understood by only a few, misunderstood by most, Godzilla expressed his hatred for humans in a moment of candor for moviegoers to see and hear the pain of the monsters we have made. Godzilla is asked to do what the Mothra larvae had done—put aside what humans did to them in order to defeat an imminent threat. Could Godzilla do it? Godzilla was drawn to the fight because Mothra was taking a terrible beating which was going to kill her. Godzilla could not stand by any longer and he went to rescue Mothra, whom he tried to destroy in Mothra vs Godzilla (1964). What changed his perspective and understanding. Godzilla was a victim too. Seeing her suffer, he could identify and empathize with Mothra. So he jumped into the fight and never looked back. He was converted. A justice fighter was born.

Godzilla destroys the Red Bamboo nuclear base in Ebirah Horror of the Deep (1966).

Godzilla’s conversion to ally of the earth was a process that unfolded and matured over the following films. Godzilla was still wanting to fight Mothra in Ebirah Horror of the Deep (1966), but his anger was rightfully directed toward Ebirah, the sea monster and the villainous Red Bamboo who were developing nuclear weapons and had enslaved Mothra’s people. In Destroy All Monsters (1965), Godzilla rallies with his fellow earth monsters to stop King Ghidorah, which is under the control of the invading Kilaak Aliens. In Godzilla’s Revenge (1969), he becomes the bully beater knocking out Gabara on behalf of his son Minya. Godzilla tackles the monster human pollution made in Godzilla vs Hedorah (1971). In the end, after suffering severe bodily harm defeating his sludge-born foe, he turns in anger and frustration towards humans because they were responsible for problem. But rather than fight Godzilla chides them with his stare.

A beaten, bruised and bloodied Godzilla stares down humans in Godzilla vs Hedorah (1971).

Godzilla completely embrace his role as protector and defender of earth in the final three 70s film of the Showa era. In Godzilla vs Gigan (1971), he is awakened on Monster Island by the alarming message of M Nebula Space Aliens who command the Space Cyborg Gigan and King Ghidorah to destroy the earth. In Godzilla vs Megalon (1973), Jet Jaguar is sent to get Godzilla to fight the Seatopian monster Megalon and Gigan. And in the two fight series finale, Godzilla takes on his most powerful enemy built to defeat him and the earth people by spacemen from the Third Planet of the Black Hole in Godzilla vs MechaGodzilla (1974) and Terror of MechaGodzilla (1975). Godzilla comes when called and when he is not. He just appears wherever he is needed. Again in the words of Mr Saperstein, “Godzilla was put to the full test of his strength. But in the end Godzilla and the earth people were victorious.”

Godzilla appears to battle Titanosaurus in Terror of MechaGodzilla (1975).

Once a victim, Godzilla turned into a vengeful victimizer that in turn was converted into the world’s friend and ally and justice warrior. The story arc spanning the Showa era is very important to see, especially for young fans who might be experiencing bullying. It teaches us how we make our monsters and also how they can become our saviors. Sometimes those we harm turn out to be our saviors later. So we must do better. We need a conversion. Like Godzilla, we need to see our victims and put our effort into addressing the real problems.