In 1984 Godzilla returned after a nine year hiatus. Little did I know, my small childhood Godzilla collection was about to grow exponentially. My collection was made up of U.S. releases such as the Mattel Shogun Warrior Godzilla, Mattel Godzilla Gang figures, magazines, newspaper clips, and puzzles. That year I was introduced to Rocketships & Accessories on South Street in Philadelphia when they put on a 30th birthday bash for big G! There I saw Japanese Godzilla toys, books, and more for the first time. And my collection was never the same again. 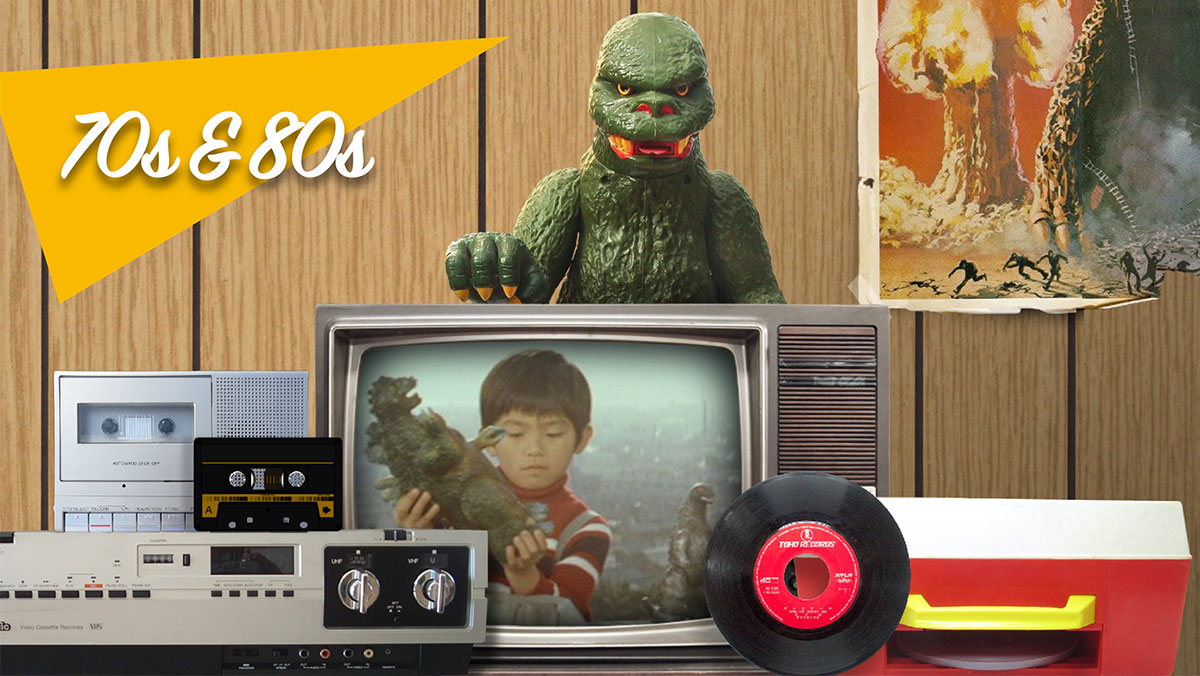 In the 70s, there were no VCRs to record and rewatch Godzilla movies. But tape cassette recorders were readily available and would reach the height of their popularity with the SONY walkman years later. My dad had many audio tape recorders and dozens of cassette tapes. He recorded from the radio regularly. Because of my dad, I began recording Godzilla movies on tape cassette. It was my Saturday afternoon ritual. I had a box full of tapes with recordings from Godzilla King of the Monsters (1956) to Terror of MechaGodzilla (1975). When the movies were over, my tapes started playing. But with the advent of the VCR, audio taping faded away. I even tossed my collection away. My video cassette collection easily dwarfed my tape collection in quantity and quality. But as time passed, I regretted little my tapes go. 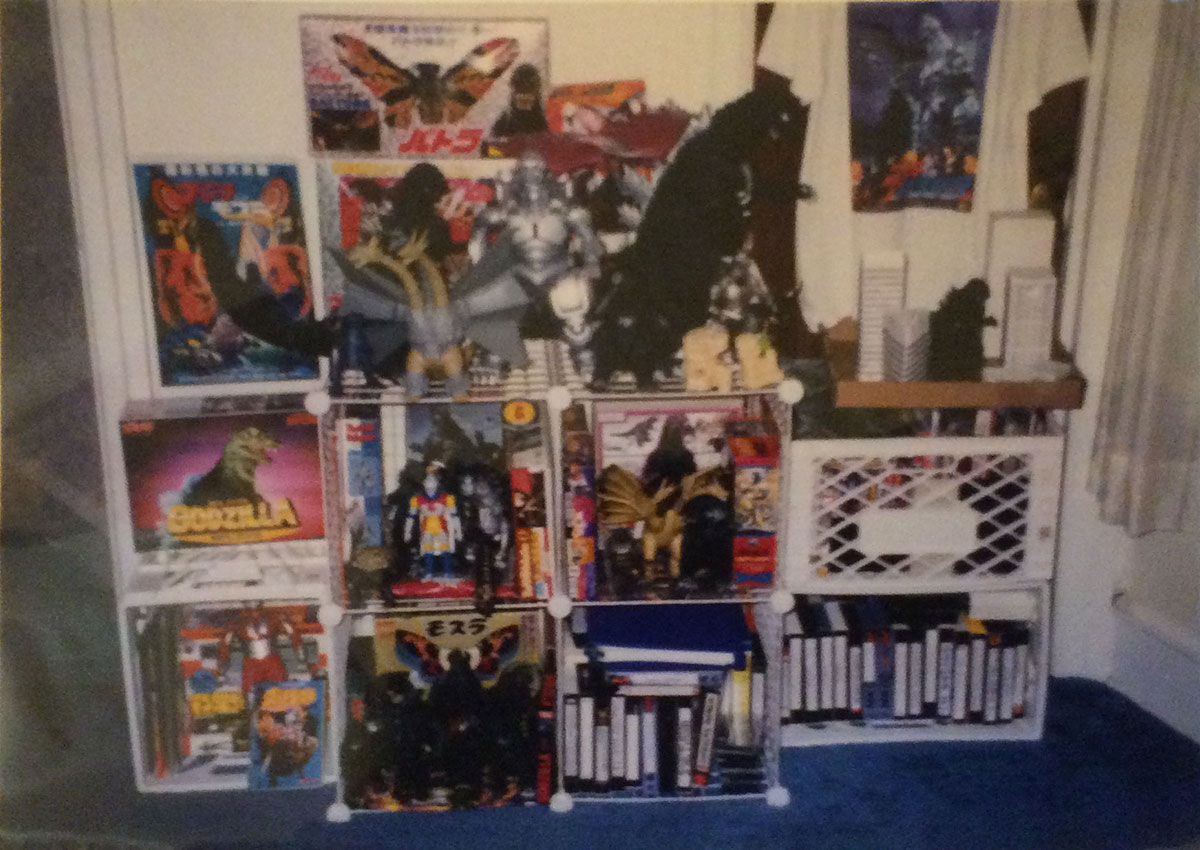 After long weeks in high school, I would head down to my favorite shop on Friday afternoon or Saturday mornings to see what new stuff they had and what old stuff I still needed to get. I would catch public transportation to Center City and then I walked about 10 minutes south of Market Street along 5th Street to South Street. The closer I got to the store, my excitement grew more and more (Learn more about Rocketshps & Accessories). Although, I didn’t have much money, my few dollars went far. I added so much to my collection which included many vintage Bandai figures, Japanese Godzilla books and a wonderful Godzilla album. This album was the Godzilla Theme Song Complete Works (ゴジラ主題歌大全集), a 33-1/3 rpm LP released by Victor LP in 1984. By the 80s, albums would soon be eclipsed by audio CDs. But records and players found pride-of-place in most American homes. 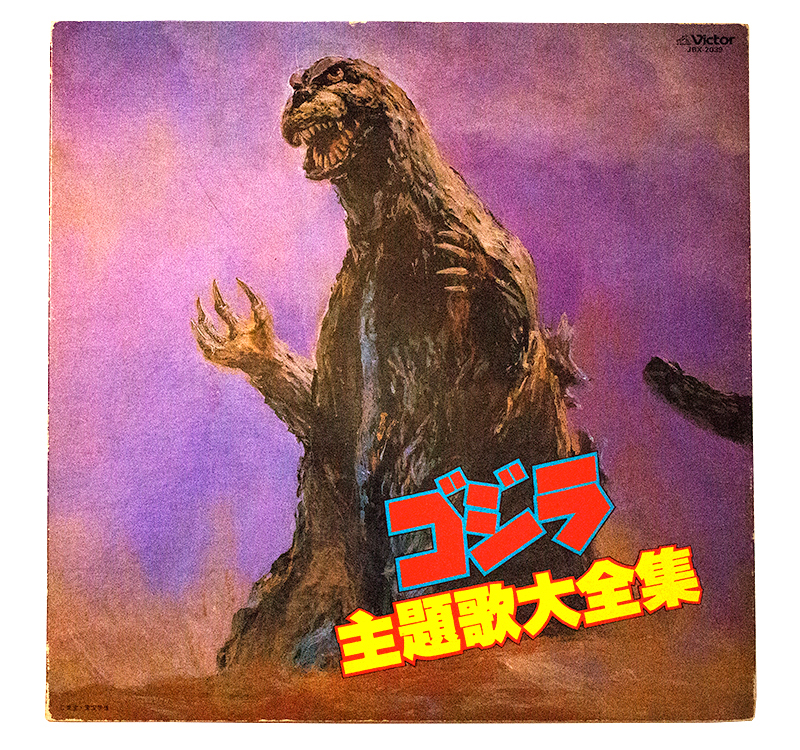 I love this album! And in order to preserve it, I made a cassette tape recording so I could play it over and over again. Many years later, it was replaced by a CD release. But recently, while browsing on Buyee Japan, I came across the official audio tape cassette released in Japan in 1984 along with its album counterpart! This tape takes me back to the days when I was a young collector so happy to listen the sounds of Godzilla on audio tape. So I had to get it. 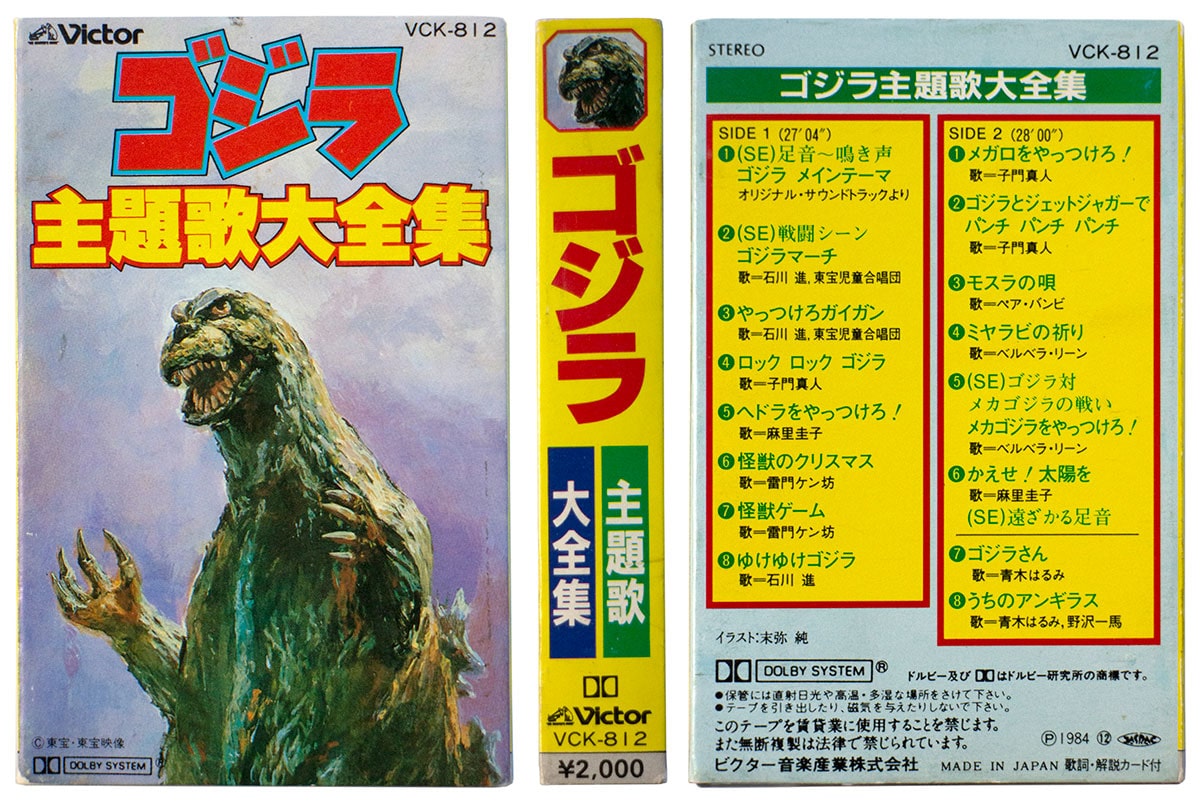 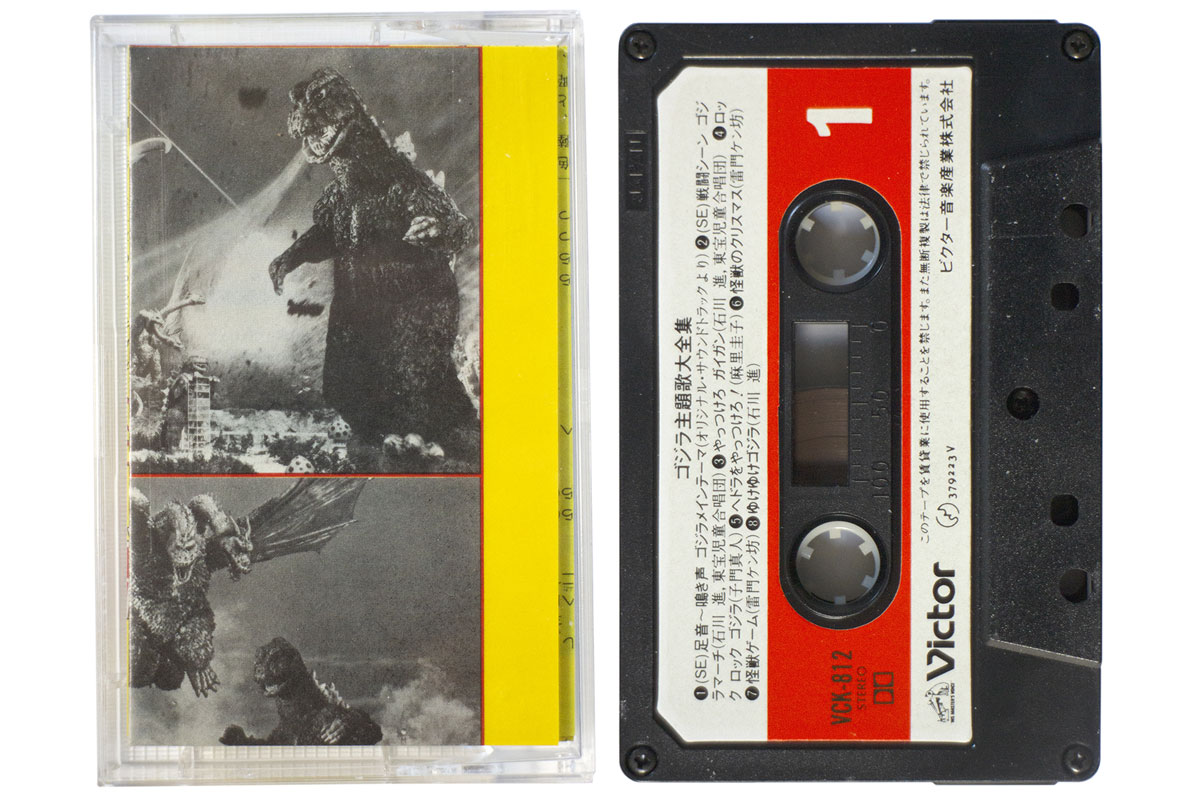 This beautiful audio tape cassette has 8 tracks on each side featuring songs from Godzilla’s Main Theme (1954) to fan favorite, “Save the Earth,” to my personal favorite メカゴジラをやっつけろ “Defeat Mechagodzilla”. The tape retailed for 2000 yen, the same price I paid for it. The tape is covered with a cardboard sleeve with gorgeous cover art by Japanese illustrator Jun Suemi (末弥純). She has provided artwork, including monster design and graphic design, for various video games, fantasy and science-fiction books (Source: Wikipedia). Her cover is one of my favorite illustration of the Big G. This album was one of my durable Godzilla collectibles down through my forth years of collecting. And I’m excited that my audio tape collection is back again!