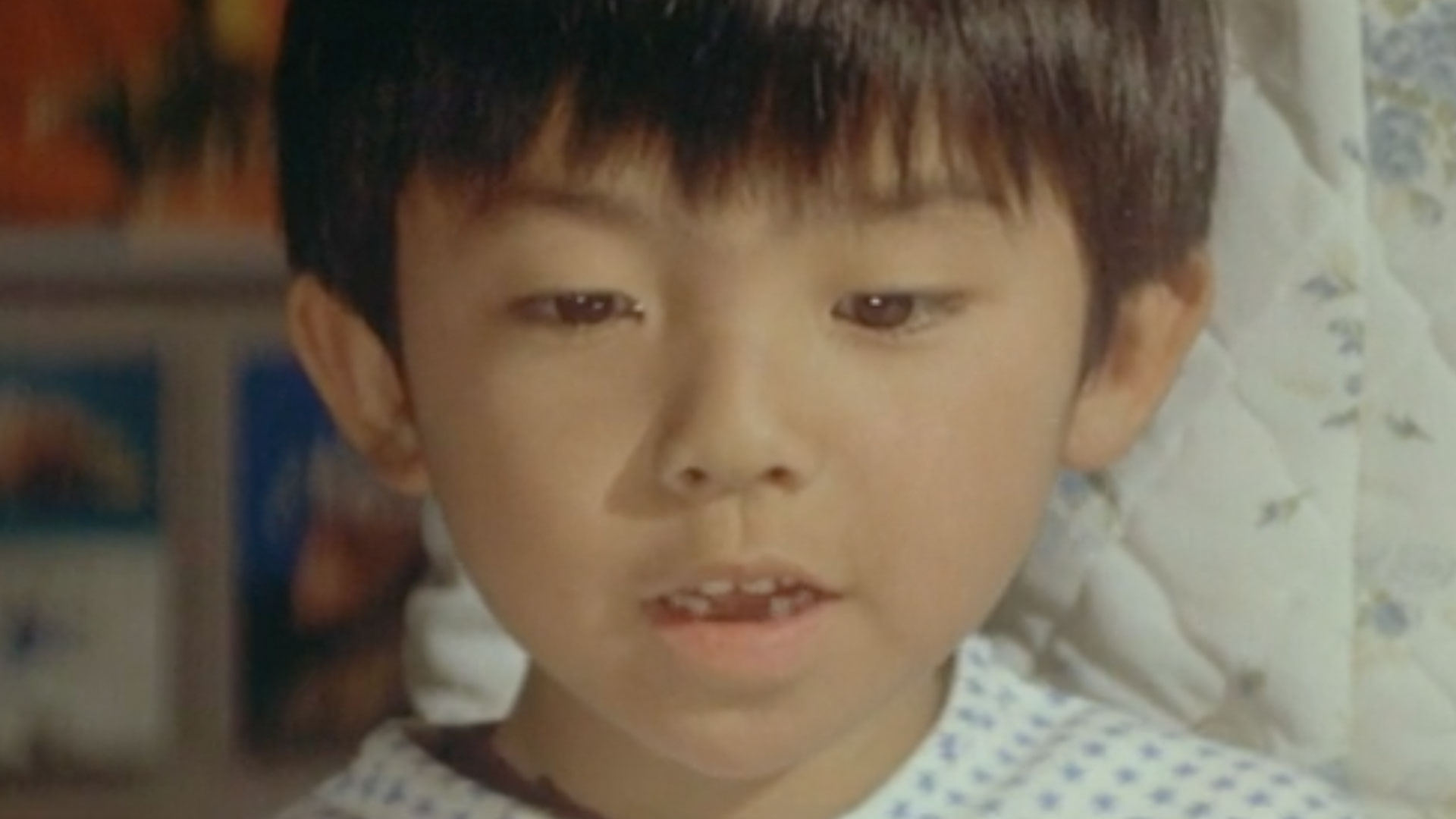 Through the Eyes of a Child

For me, Godzilla vs Hedorah (1971, aka Godzilla vs The Smog Monster) has aged like fine wine and gets better with time. And yes, I want to speak of it and call it a film rather than a movie. I watch it like I would look at art hanging on the well of art museum. A painting’s frame can be a distraction or an enhancement of the art it surrounds and supports. So maybe it’s time to watch Godzilla vs Hedorah from a different point of view. Let’s frame it differently. I don’t think what I am about to say has not been said already. But I’ve been intending to explore and articulate this approach to this film for sometime.

As I get older I appreciate this film more and more with every viewing for reasons other than when I was a child. Godzilla vs Hedorah was always one of my favorite Godzilla movies growing up. Godzilla was my hero and he fought for the earth rather than destroy it. But the adult themes and situations of the film such as scenes of mutilated bodies, skeletons, and death, drinking and drinking at a Tokyo Go-Go club, a man falling to his death, and a child submerged in sludge (to name a few) are a bit much for children. But perhaps, the genius of Godzilla vs Hedorah is how it frames such adult situations for its young viewers such as myself. Growing up in the 70s, I was introduced to such adult content watching Ultraman, Giant Robo (Johnny Sokko and His Flying Robot), and Magma Taishi (The Space Giants). I credit Toho and Tsuburaya Productions for introducing me to important discussions about good and evil. My Japanese heroes were complex, complicated and arose from adult contexts. The eleventh Godzilla installment was no different.

The film’s young moviegoers like me identify with the young protagonist Ken Yano and like him see the world through and in relationship to their favorite heroes. The genius of Godzilla vs Hedorah lies in its point of view from a child. Like Godzilla’s Revenge (1969), which tackled bullying and the challenging life of latchkey kids living in a precarious world, Godzilla now takes on pollution. Then moviegoers were invited to see the world through the eyes of the young protagonists Ichiro and now through Ken’s. In both films, Godzilla takes direction from the young boys. In Godzilla vs Hedorah Ken is as much as the director as Yoshimoto Banno (坂野 義光). And here lies Banno’s genius, Ken with his point of view is the key for understanding and appreciating the film.

Ken Yano plays with his Godzilla figures in the opening scene of Godzilla vs Hedorah.

Godzilla vs Hedorah opens and closes with Ken Yano. The entire film is framed by Yukio Keuchi’s question,「ゴジラが一番好きかい」“Do you like Godzilla the most?” But Ken replies, 「スーパーマンだもん」“It’s Superman.” But it is clear that Godzilla will become his favorite by the end. Godzilla very much like Superman will save the day. The film offers perspectives from older generations but in service of Ken who is at the center of the story and storyteller. Everything revolves around Ken-chan. Like any inquisitive child standing in a room surrounded by adults, Ken asks questions and seeks answers. He learns and puts forward theories and offers solutions. He is burgeoning a young scientist following his father’s lead and footsteps. For example, Ken names the monster “Hedorah” (ヘドラ) connecting its origin with slug (ヘドロ “hedoro”) and human waste when the news reporter comes to the house inquiring about their encounter with the mysterious sea monster. Ken hopes. He fights. He fears. He cries. He dances. And he grows up before moviegoers eyes.

Ken Yano dreams of Godzilla destroying pollution in the sea.

Godzilla is a part of Ken’s growth and maturation. Godzilla like his father is a role model in the fight against Hedorah and pollution. Ken knows pollution is the result of human behavior. “Atomic bombs, hydrogen bombs, the ashes of death go to the sea Poison gas, farts, everyone, everyone throws them into the sea, and pee too.” Ken knows Godzilla will be angry when he see the pollution. In his dream Godzilla destroys the pollution in the sea with his atomic breath. Awakened in middle of the night he tells his father Godzilla is coming to defeat Hedorah. Ken and Godzilla are connected and their connection runs deep. Ken even pretends to be Godzilla, when Yukio asks, “Are you imitating Godzilla?” (｢ゴジラのマネかい？｣). Ken sees and hears Godzilla when others do not. Ken’s play with his Godzilla toys anticipates Godzilla’s coming fight and flight. In fact, Ken knows Godzilla is coming and Hedorah is near by telepathy he explains to Miki Fujinomiya:「テレパシーだ ゴジラが来てるよ」”I have telepathy. Godzilla is coming. Hedorah is nearby.”

Ken Yano has a deep psychic connection with Godzilla, who is an active part of his imagination and solution to Hedorah.

Ken is not simply a protagonist but he is also the film’s director acting like a non-omniscient narrator. when he picks up a magnifying lens to watch tadpoles merge together, we see it with him and through his eyes. Yukio Keuchi knows Ken knows it all (｢研ちゃんは何でも知ってるんだな｣). Ken even anticipates Hedorah’s arrival at Mt Fuji. Like directing play, the young boy knows what is coming next. We see the unfolding of the plot and story through his eyes. We learn as he learns. We see what he sees. His father is there to teach him and guide him to answers. In discussing the nature and danger of Hedorah, Ken the student becomes Ken the teacher when he postulates defeating Hedorah like drying out sludge leading his papa to have an epiphany. He cheers when Godzilla appears as if a movie director encourages an actor on set:「わあ ゴジラが来た わーい！ 頑張れ ゴジラ！」”Wow Godzilla is here Yay! “Do your best Godzilla!”And on cue, Godzilla wipes his mouth like Ken did along the docks earlier in the film. The plot unfolds as Ken acted it out in play flying Godzilla across the backyard. In the end, Godzilla, like Superman, flies across the sky to capture Hedorah.

Godzilla takes flight in his final fight with Hedorah should be not be seen as a negative but rather understood through Ken’s imagination and Godzilla becoming Superman.

Godzilla’s match with Hedorah is not easy taking place over a series rounds as the monster eating pollution and evolves in forms, height, strength and abilities. The final battle takes place on the foothills of Mt Fuji. Godzilla cross his arms like Ultraman in an attempt to block Hedorah laser beam. Later, Godzilla takes flight as Ken imagined and played with his Godzilla toy at the opening of the film. Godzilla can fly like Superman too. These could be understood as part of Ken’s imagination rather than poor additions to Godzilla’s history. Ken is very much the director of this story.

The film ends as it begins with a familiar motif: pollution, the clock, the song “Return the Sun” (かえせ!太陽を), Hedorah emerging from the sea, and Ken-chan. If we follow Director Banno’s clues we will agree, “And lo, a child shall lead them” (Isaiah 11:6). Watch Godzilla vs Hedorah again for the first time through the eyes and imagination of a child growing up and dealing with a messy world through his favorite hero, Godzilla.