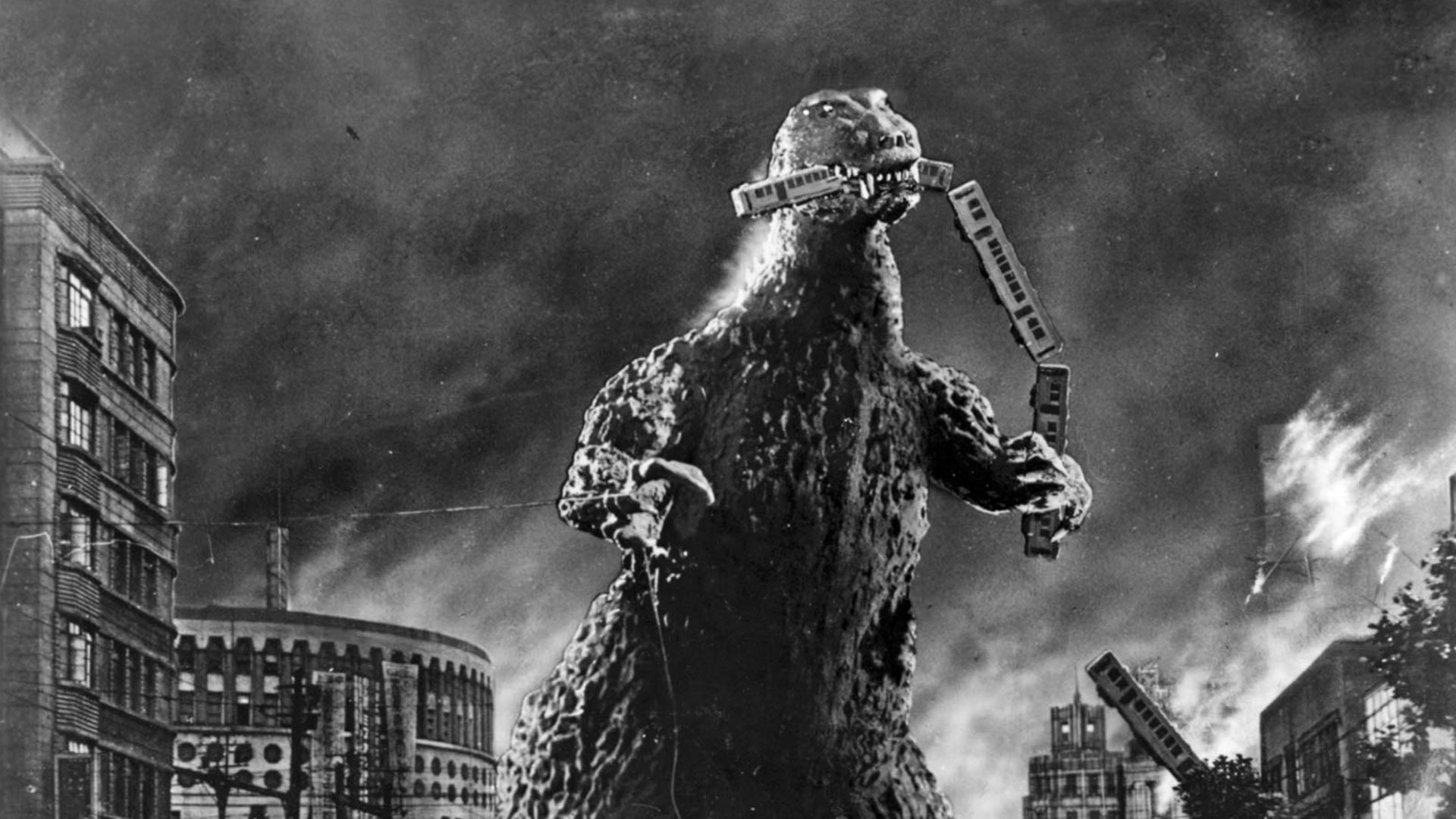 On Saturday I found a great piece of Godzilla history during my first visit to Time Lapse Vintage in Collingswood, New Jersey. Time Lapse Vintage is a small eclectic shop full of eye-catching vintage toys, books, records, collectibles, and clothing. It’s a little time capsule and time machine of nostalgia. While taking it all in, my eyes fell on this amazing original Godzilla event poster from 1992. I could not leave without out.

An impressive poster featuring the classic promotional photo of Shodai Godzilla bitting the Tokaido line train overlooking Sukiyabashi and Ginza from the direction of Hibiya with the famous Nippon Theater on the left. The event movies are listed on the far left and right with the event title/logo and date featured prominently in the center and bottom.

This is The Godzilla 42 Day Inferno Toho SFX Movie History (ザ・ゴジラ激闘の42日間 東宝特撮映画全史) B1 poster ( approx. 40×28″/103x72cm). This event chronicled the history of Toho SFX Movies with movie showings for 42 days leading up to the release of Godzilla vs Mothra on December 12, 1992. The event was held at Theater Ikebukuro (テアトル池袋) located inn front of the Sezon Museum of Modern Art, Ikebukuro East Exit (池袋東口セゾン美術館前). Showings ran from Saturday, October 31 until December 11. Opening day began with a showing of Godzilla (1954) followed by Godzilla Raids Again (1955). Moviegoers enjoyed all the Godzilla Showa films (1954-1975), The Human Vapor (1960), Mothra (1961), Rodan (1956), Gorath (1962), Matongo (1963), Dogora (1964), Frankenstein Conquers the World (1966), The War of the Gargantuas (1966), all the previous Godzilla Heisei films, and more. The final showings on the December 11 were appropriately Mothra (1961) and Godzilla (1954). The Godzilla 42 Day Inferno is believed to have bolstered turnout for the release in the Godzilla Heisei series, Godzilla vs Mothra, which had record attendance. I vaguely remember this event and wish I could have attended. It was only two years before my first trip to Japan. The past five decades are marked by such events celebrating the amazing movie career of our favorite monster.