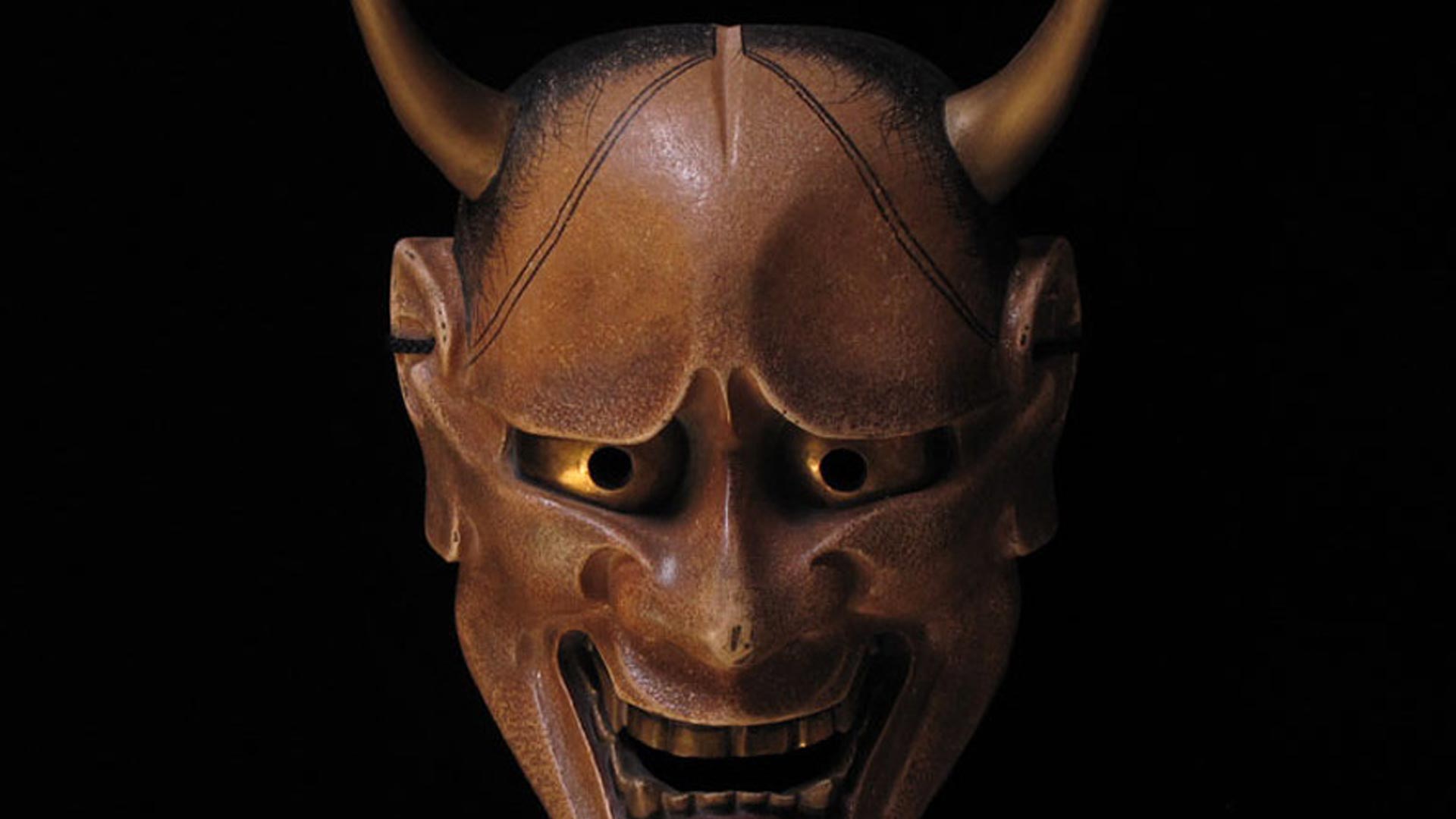 The Face of MechaGodzilla 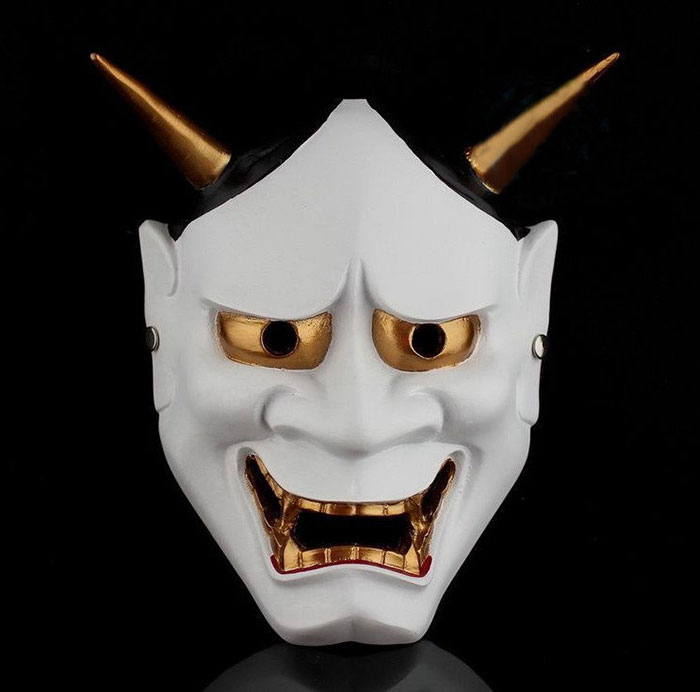 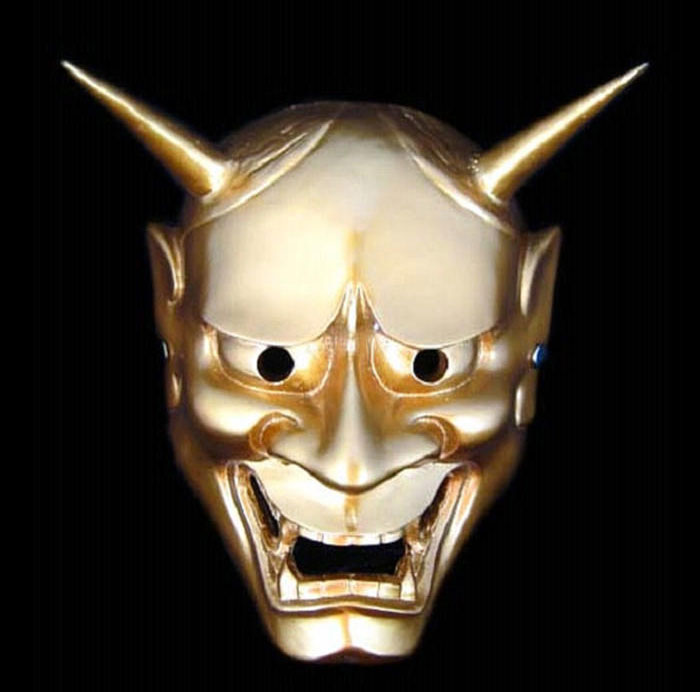 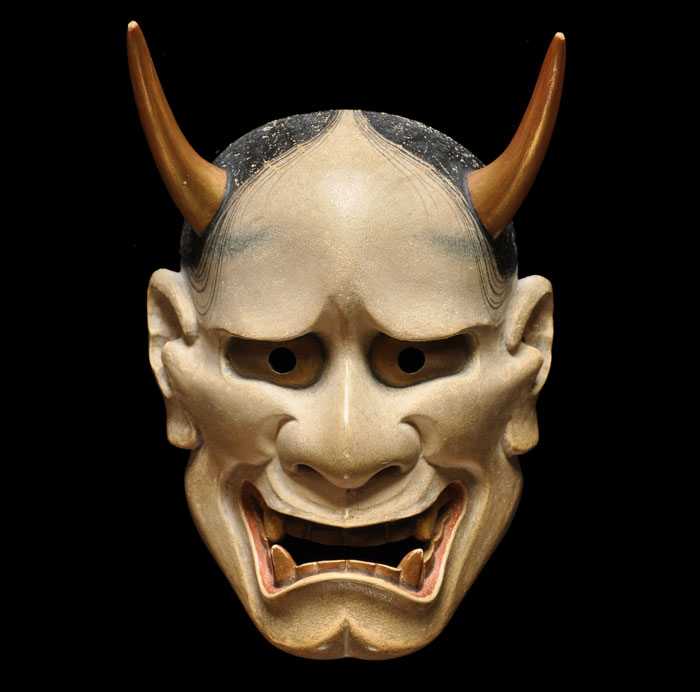 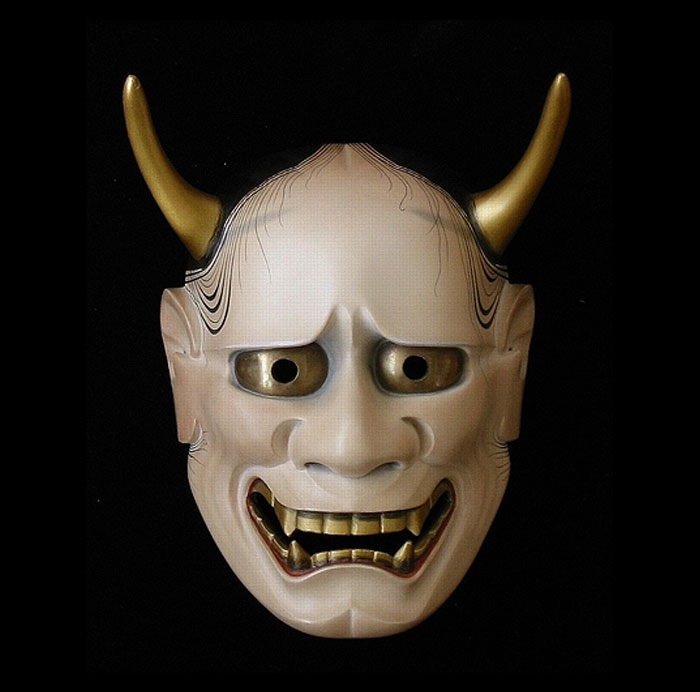 Hannya mask is used in Noh theater to represent a jealous female demon. It possesses two sharp bull-like horns, metallic eyes, and a leering mouth. The name hannya (般若) is a Sino-Japanese word for prajna or wisdom. One tradition states that this name was given to this mask because it was the name of an artist monk Hannya-bō (般若坊) who is said to have perfected its creation. An alternative explanation is that the artist would need a great deal of wisdom in order to create this mask. The Hannya mask is used in many noh and kyogen Japanese plays, as well as in Shinto ritual kagura dances. The Hannya mask portrays the souls of women who have become demons due to obsession or jealousy. The Hannya mask is said to be demonic and dangerous but also sorrowful and tormented, displaying the complexity of human emotions. When the actor looks straight ahead, the mask appears frightening and angry; when tilted slightly down, the face of the demon appears to be sorrowful, as though crying. (Source: Wikipedia) 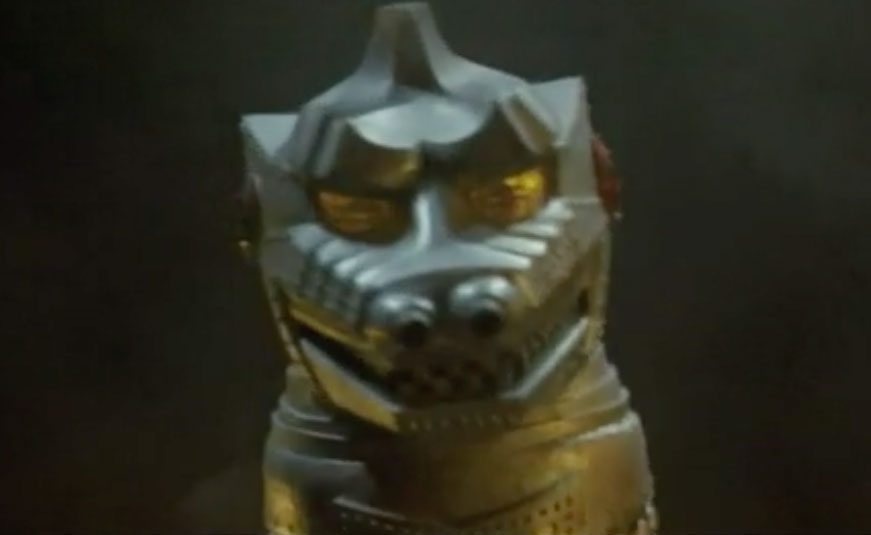 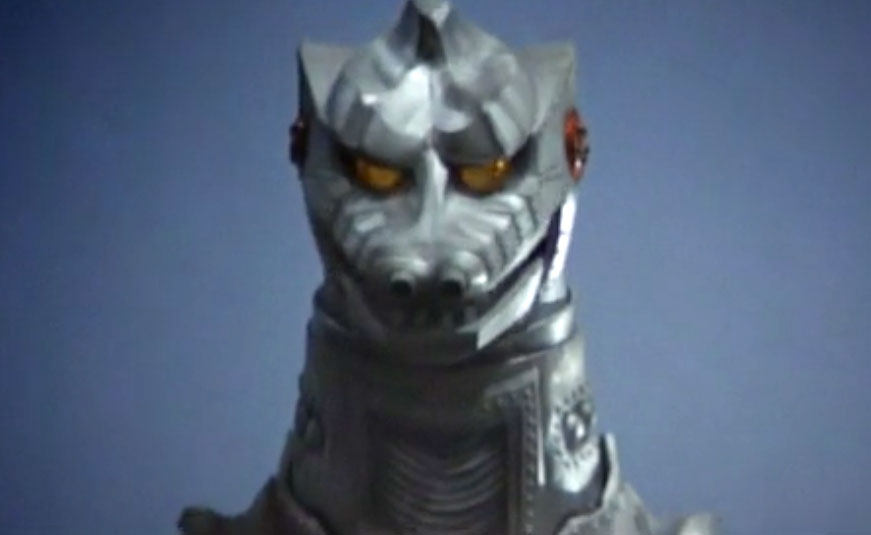 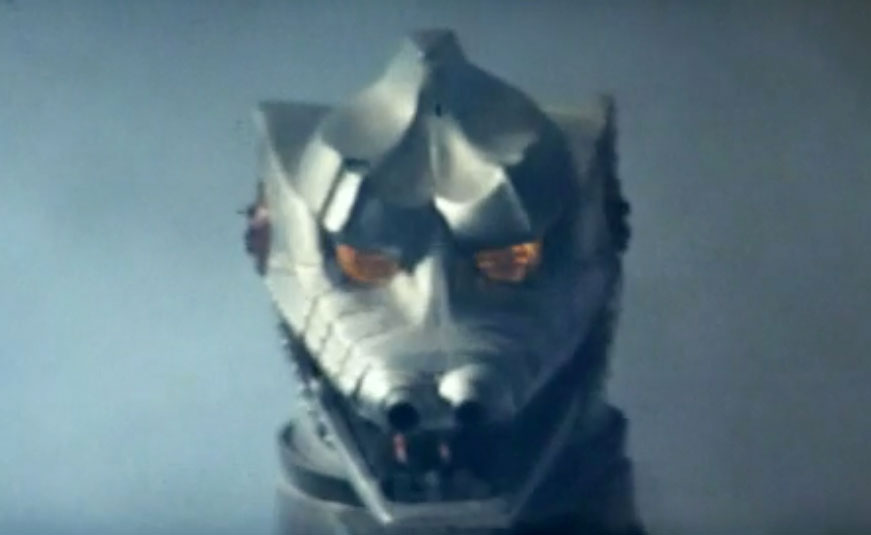 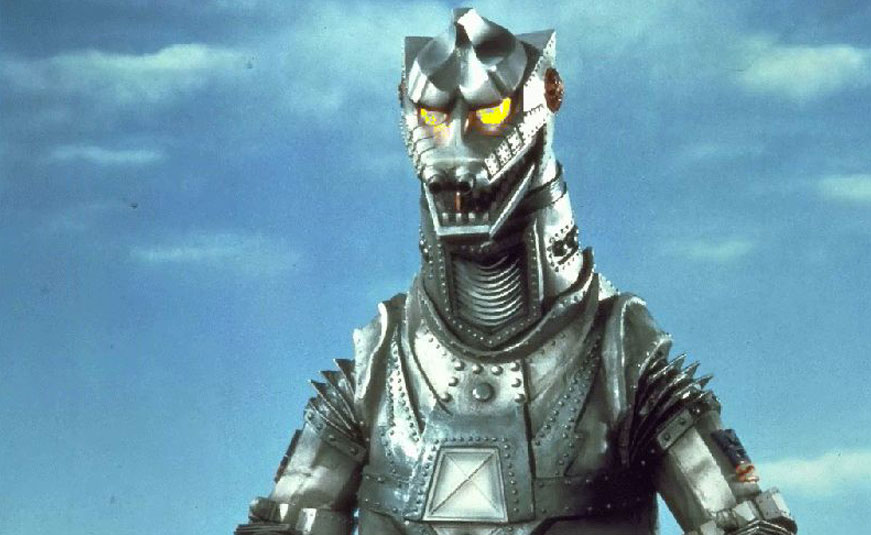 MechaGodzilla’s face has always been mesmerizing and mysterious. Why is now clear. The Hannya influence is unmistakable. The connection between the eyes, mouth, horns, and expression of the Hannya between that of MechaGodzilla is clear. Knowing the background and context of MechaGodzilla designer, Akihiko Iguchi (井口昭彦) adds more depth, character, and historical context to this impressive opponent of Godzilla. 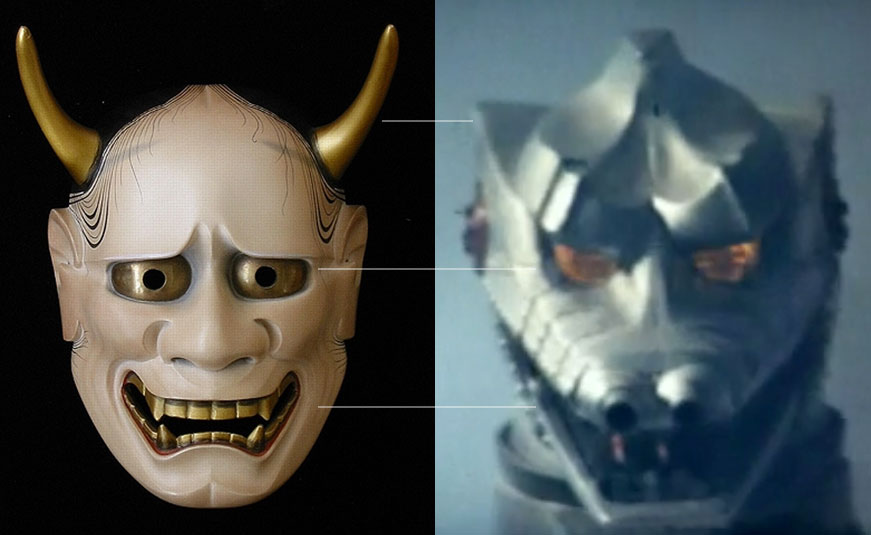 MechaGodzilla is the ultimate imposter, a dangerous double, whose sinister look at times seems to grin as well as growl. The aliens of the Third Planet from the Black Hole, who also were disguised as humans, were jealous and desirous of the earthlings and their habitations. Godzilla and other Toho kaiju possess many secrets that get unsurfaced ever day. 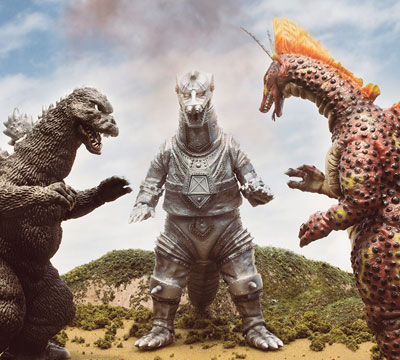 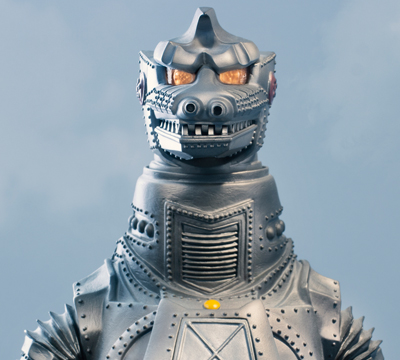 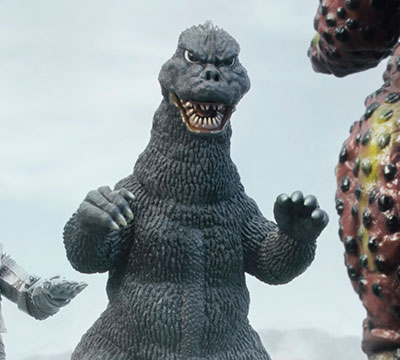