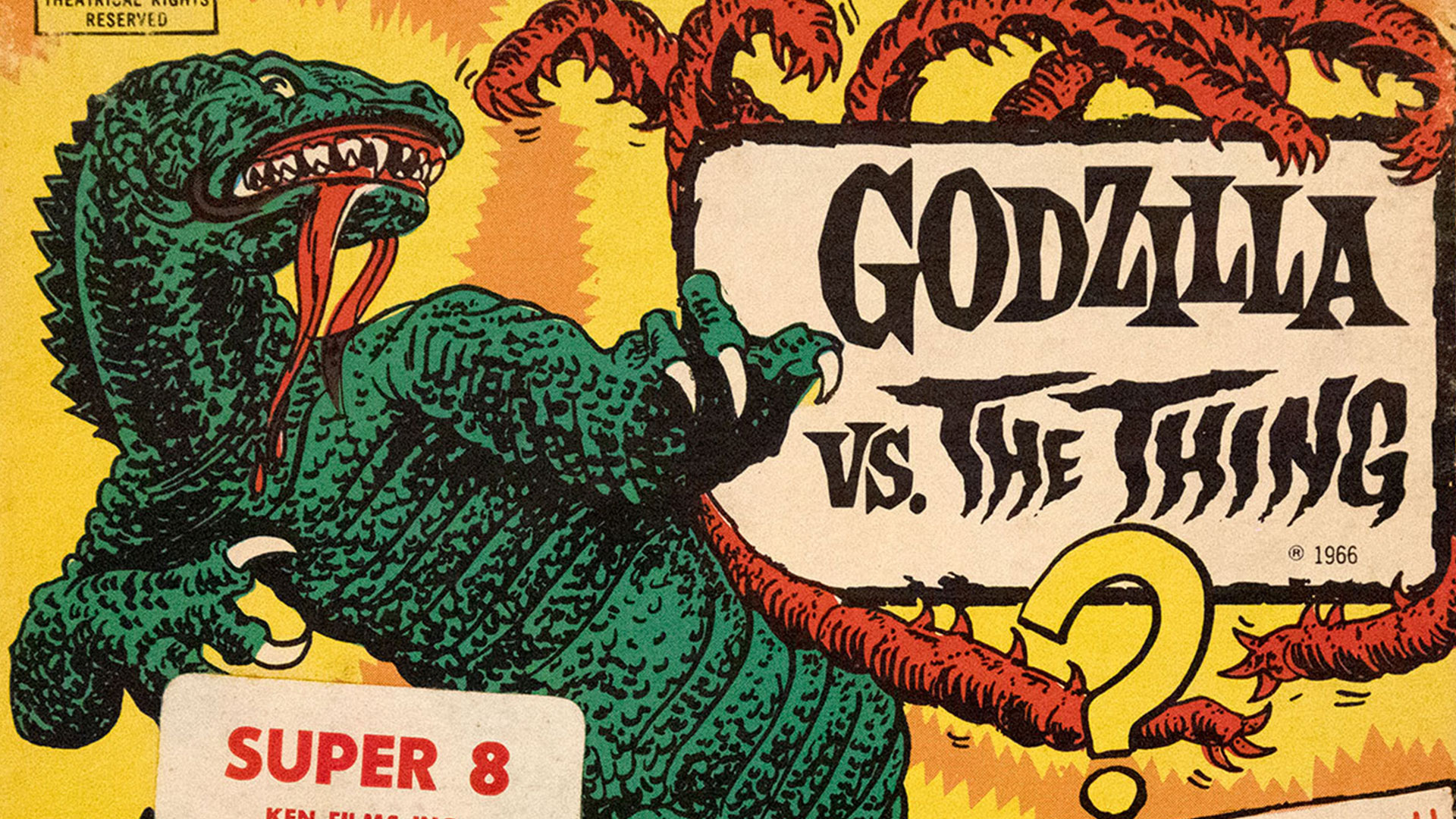 Super 8 Godzilla vs The Thing

For many years, since the 70s, I’ve wanted a Super 8 Godzilla movie. Super 8 movies were advertised in Famous Monsters of Filmland and other print material. Back then, there were no VCRs and no way to record movies from TV. But, there were 8 mm films and film projectors for home entertainment. We had a projector in our home, but no Godzilla film until today. Godzilla vs The Thing (1964) arrived today. The fourth in the Godzilla franchise was released in the U.S. by American International Pictures. Mothra vs branded as The Thing, whose appearance on the movie poster was concealed behind a censored panel. Concealing Mothra’s look was used to draw moviegoers to the theater. Like the theatrical poster, the Super 8 box conceals The Thing with the movie title. These films were silent. This release was supplied subtitles.

“8 mm film is a motion picture film format in which the film strip is eight millimeters wide. It exists in two main versions – the original standard 8 mm film, also known as regular 8 mm, and Super 8. Super 8 has a larger image area because of its smaller and more widely spaced perforations. In 1965, Super-8 film was released and was quickly adopted by many amateur film-makers. It featured a better quality image, and was easier to use. ” (Source: Wikipedia). These wonderful 8 mm films can be found on eBay and other places. They bring back great memories and make for wonderful feelings of nostalgia.