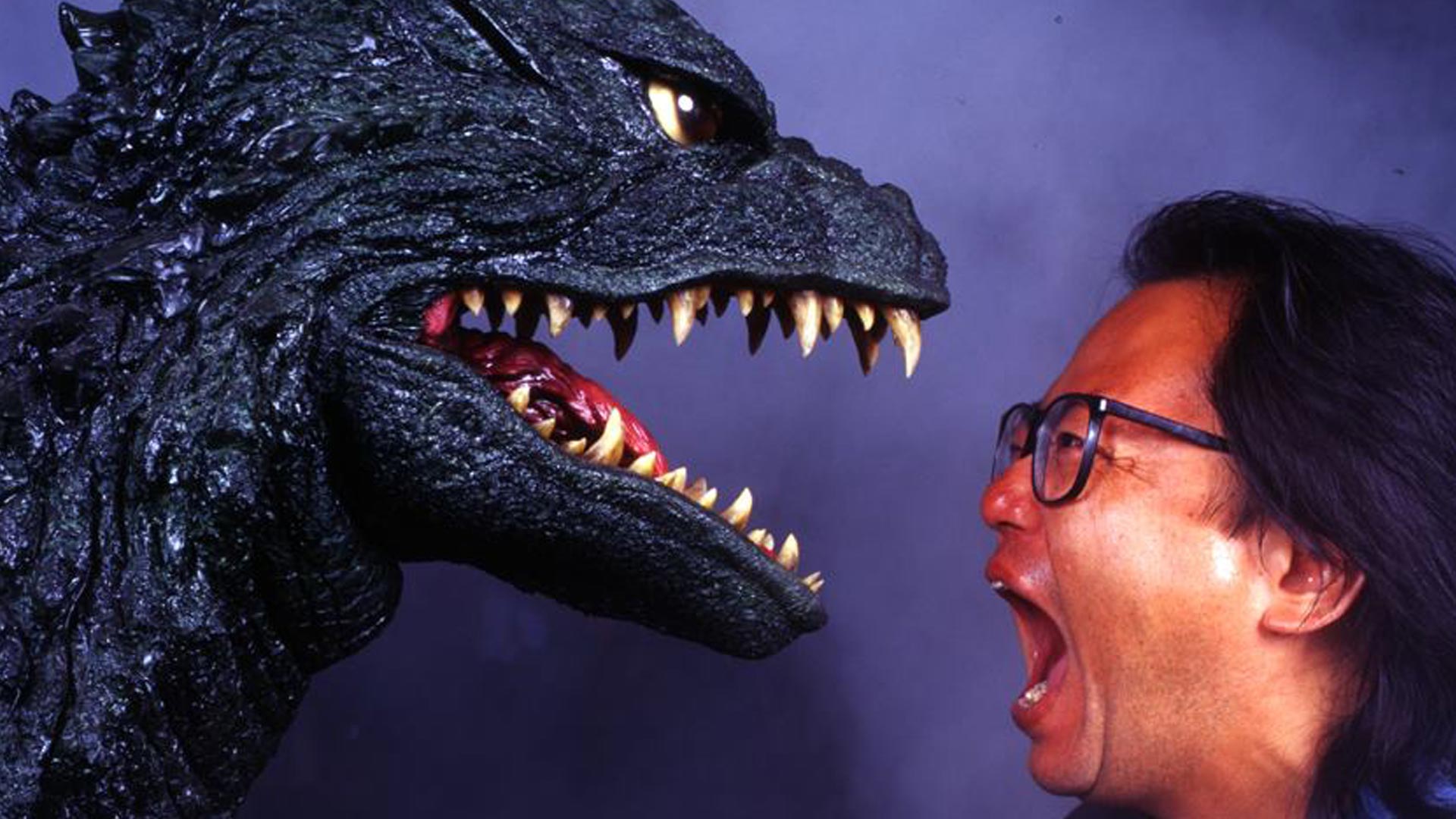 This summer has been one of nostalgia and of a return to my childhood memories. The Godzilla fandom in the United States is small compared to others but strong and well connected. Growing up as a Godzilla fan in the 70s through the early 90s it was nearly impossible to meet anyone from Toho until the first G-Con (aka G-Fest). All we had were Saturday afternoon Godzilla movies broadcasted on our local TV channels and we were lucky if we found Japanese Godzilla books and collectibles. I was one of the lucky ones who had a handful of books that I never put down. One of my favorite books was「3D怪獣全集 (Complete Monster Collection) Monsters Catalogue in 3D ファンタスティックコレクション (Fantastic Collection) No.38」edited by Masahiro Oda (構成/小田雅弘) and published by 朝日ソノラマ (Asahi Sonorama). I bought this book from Rocketships & Accessories in 1984. The pages were full of many Godzilla and Ultraman garage kits and model. The pages are full of good information about each Showa Godzilla incarnation and more. The back cover was a full ad of the latest Bandai figures and toys. 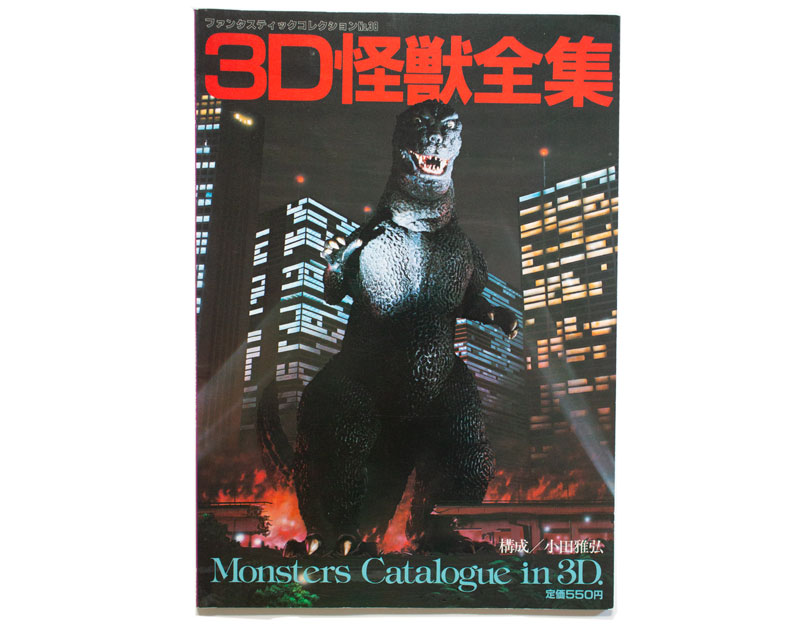 There’s one section more interesting than the others. It was 1984 and there had not been a new Godzilla movie since 1975. I knew little about the coming release of Godzilla later that year. But here in the book was a photo of a Godzilla suit I had never seen before. I was mesmerized by it. Atop the page were photos of the front, side, back and head. Below was the process of its creation by the amazing craftsmen who built the suit. I couldn’t read any Japanese in those days, so I was left to speculate what it was for, to wonder who they were, and to dream about what the new Godzilla would be. But flash forward 34 years and now I can translate what was it says:「メイキング オブ ゴジラスーツ」”Making of a Godzilla Suit.” But little did I know that it would turn out that I am now connected through social media to this Godzilla suit builder Shinichi Wakasa-san, who is credited for this book page (製作/若狭新一)! Several days ago, I came across one of Sensei Wakasa’s Facebook photos. I was so surprised and upon site I made the connection with my old book! I always wondered who that was sculpting Godzilla’s head. And my childhood with all those great memories had once again come full circle. 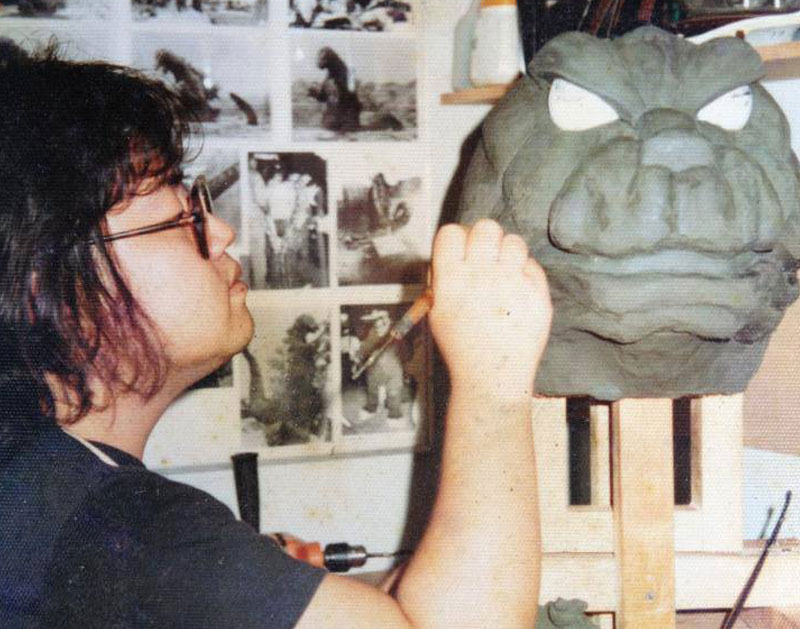 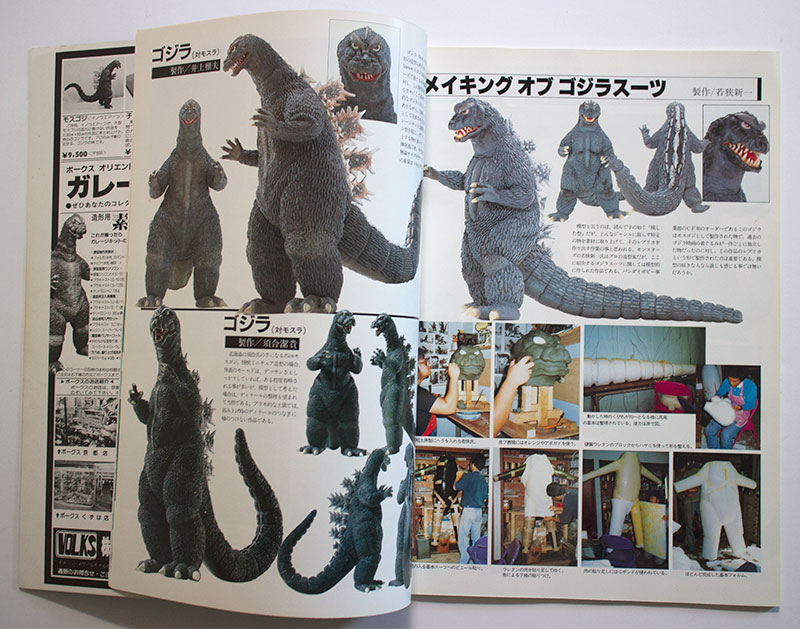 「模型と言うのは、読んで字の如く「模した型」だが、どんだジャンルに限らず特定の物を素材に取り上げて。そのレプリカを作り出す作業の事と思われる。モンスターズの若狭新一氏はプロの造型家だが、ここに紹介するゴジラスーツに関しては模型的に作られた作品である。バンダイポピー事業部のCF用のオーダーであるこのゴジラはモスゴジとして製作された物だ、過去のゴジラ映画の着ぐるみが一作ごとに独立した物だったのに対し。どの作品のレプリカという形で製作された点は重要である。模型の好きな人なら誌しも感じる事では無いだろうか。」Rough translation: “As for the model, “model type” like a letter read, but picking up a specific thing as a material, not limited to a soldier genre. It’s the work of creating a replica. Mr. Wakasa Shinichi of Monsters is a professional modeler. The Godzilla suit introduced here is model made work. This Godzilla, ordered for CF of the Bandai Poppy Business Division, was produced as MosuGoji, while the costume of past Godzilla movies was independent for each work. That it was made in the form of a replica is important. If you like models you cannot feel it in magazines.” 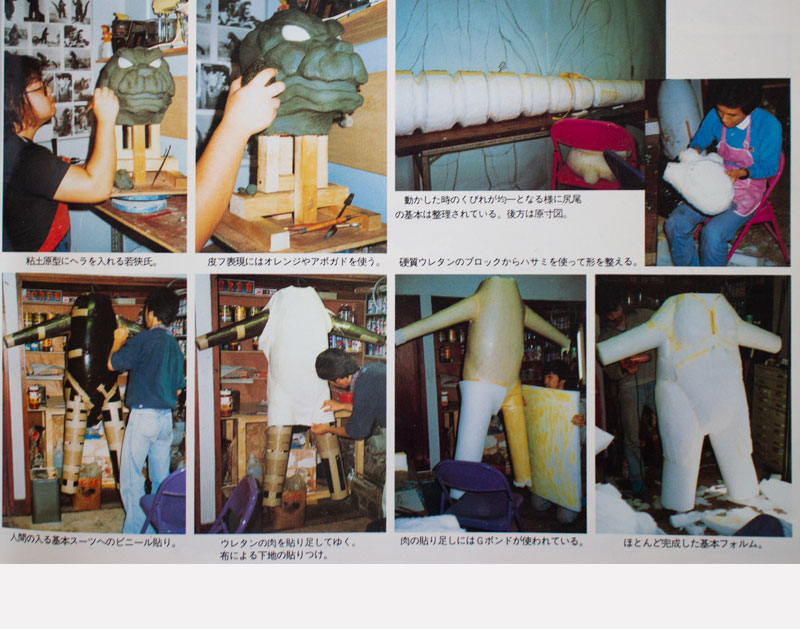 1. 粘土型原にヘラを入れる若狭氏。Mr. Wakasa who puts a spatula on the clay type field.
2. 皮フ表現にはオレンジやアボガトを使う。Use an orange and avocado for representation of the skin.
3. 動かして時のくびれが均—となる様に尻尾の基本は整理されている。後方は原寸図。The basics of the tail have been sorted out so that the waist at the time becomes even when moved. The back is an original size figure.
4. 硬質ウレタンのブロックからハサミを使って形を整える。Fabricate from hard urethane blocks using scissors.
5. 人間の入る基本スーツのビニール貼り。Vinyl sticking of basic suits into which humans enter.
6. ウレタンの肉を貼り足してゆく。布による下地の貼りつけ。Add urethane meat. Paste cloth on the base.
7. 肉を貼り足しにはGボンドが使われている。G-bonds are used to add meat.
8. ほとんど完成した基本フォルム。Mostly completed basic form.

About Sensei Wakasa: “Shinichi Wakasa is a Japanese model maker and special effects makeup artist. Wakasa worked as a special effects technician and suit sculptor for every Toho-produced Godzilla film from 1993 to 2004, along with several other kaiju films produced by Toho and Daiei. Wakasa is the founder of MONSTERS Inc., a sculpting company that created the kaiju suits for the majority of the films on which Wakasa worked.” (Source: Wikizilla.org ) 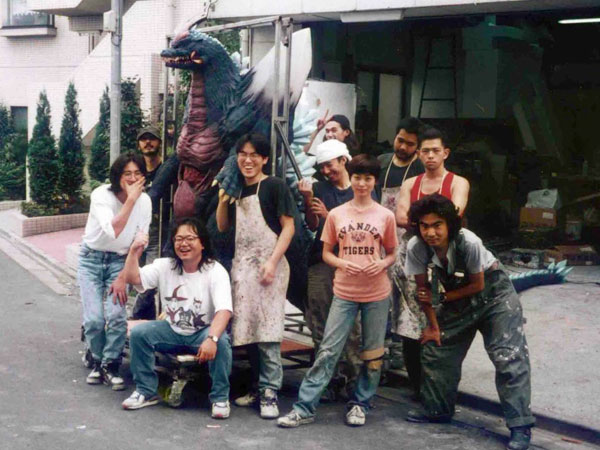 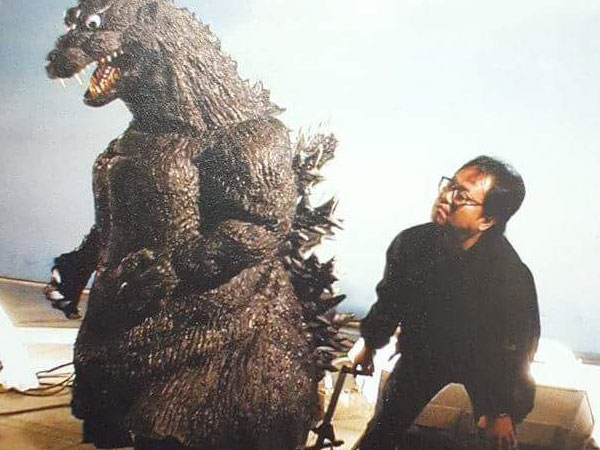 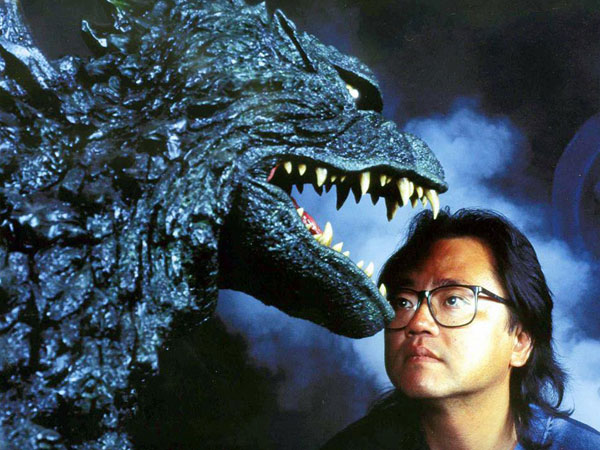 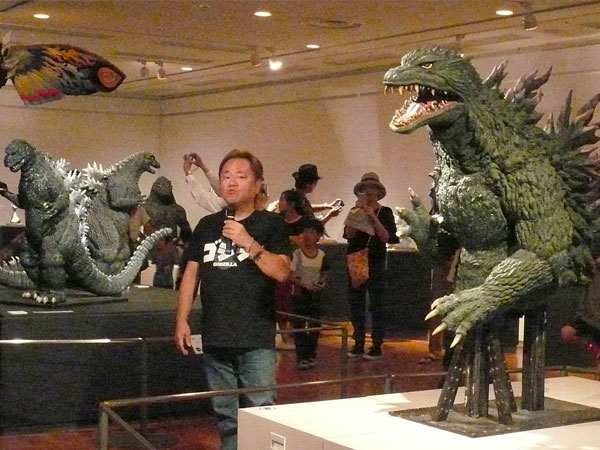 Monster-Making Sensei Wakasa’s work is well known. He has left his creative mark on the Heisei and Millennium films. Today, he travels with the Godzilla DNA Exhibit (Twitter) showcasing his work across Japan. Recently, he published the book Godzilla-King of MonsterMaker, chronicling his legacy and body of work. Below is a SciFi Japan TV interview of Wakasa-san and Godzilla suit-actor Tsutomu Kitagawa-san.