This is my correspondence with my great friend, Jon, fellow Godzilla fan. He is a great man, a man of honor who has given decades of service to our country as an Apache pilot. Jon recounted his memories of watching Godzilla far from home and I wanted to share them with you.

“Back in 1998, I was still in Bosnia when you were filming [your interview] for Fox29. If you recall, I didn’t return to the states from that deployment until July. So I ended up watching the movie in the post theater. Unlike today where some movies actually premiere in front of a military audience, post theaters in 1998 were typical “second-run” cinemas. Godzilla had already played out of most civilian first-run cinemas by July so it was my only chance to see it on a big screen. 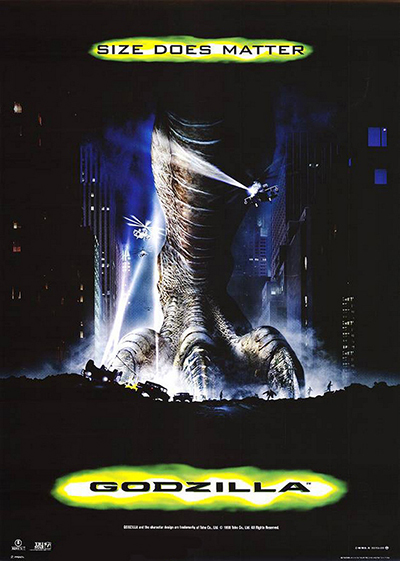 “I had missed all of the hype surrounding the new Godzilla. Right before I left for Bosnia in September of 1997, there were a few books and items based on Toho’s Godzilla to cash in on the coming storm… but none on the Sony version. The only item I could get in the summer of ’98 while deployed was the movie soundtrack before returning home. I had no internet access! By the time I saw the movie, all of the Godzilla toys, posters, books, lunch boxes, magazines, pencils, etc. were either bought up or in the clearance section of the big box stores! Ha-ha!” 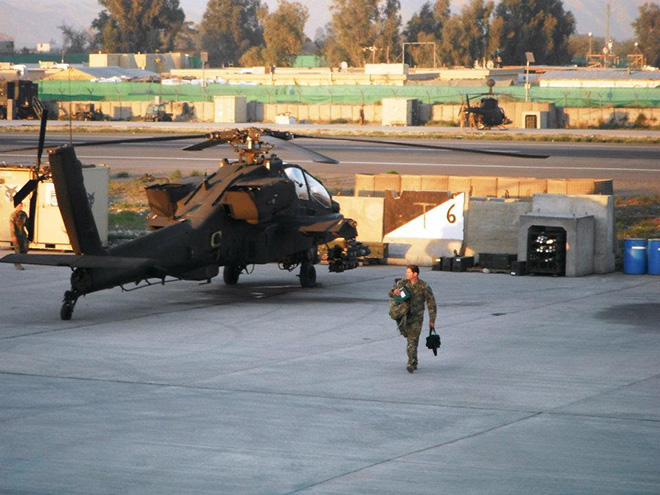 Jon and his apache after a day of taking out kaiju. Thank you for all you do.