The Power of Desire

The use of Showa and Heisei series soundtracks in Shin Godzilla does more than create nostalgia harkening the moviegoer back to the good old days of monster battles. The addition of older scores adds depth, nuance, and audio texture. This practice is known as intertextuality and it services an important function. Intertextuality is an author’s borrowing of older texts in the formation of new texts that shapes the meaning of the new text with another text whose meaning is transformed in turn. It works by relying on the observer’s prior knowledge and understand of older texts. Intertextuality is not restricted to literary texts and is found in the Shin Godzilla soundtrack. 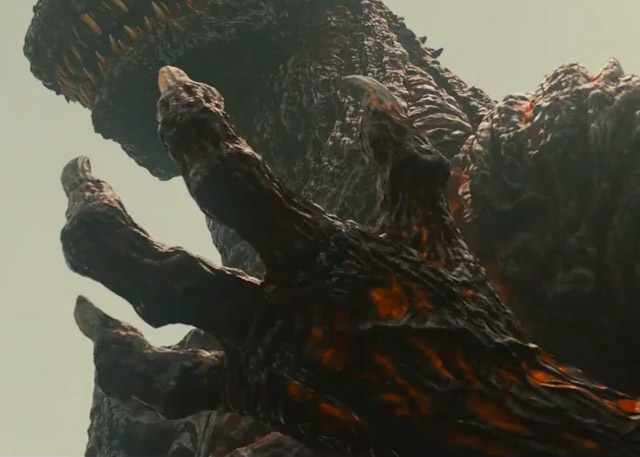 A great example of intertextuality in Shin Godzilla is the use of the Terror of MechaGodzilla track “Godzilla Appears” by Akira Ifukube. Titanosaurus has been set loose on Tokyo and against the dark night sky of the Tokyo skyline Godzilla appears to this well-known score. Rando Yaguchi announces to the Prime Minister that Godzilla evolved into his fourth form. What is the overall effect of such use? Although it adds grandeur to the moment Godzilla appears, I want to suggest that director Anno Hideaki and composter Shiro Sagisu invite the moviegoer to compare and contrast the contexts of Titanosaurus and Shin Godzilla, particularly the two scientist responsible for discovering them — Dr Shinji Mafune and Professor Goro Maki. In so doing interesting observations arise and our understanding of the meaning and message of Shin Godzilla is deepens. 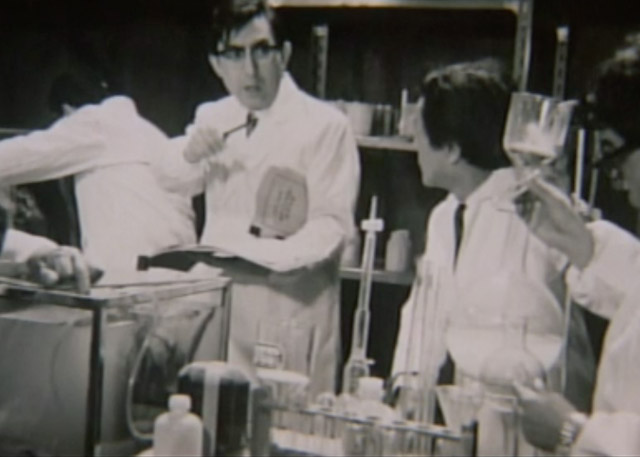 Both scientists discovered and researched gigantic living creatures in the sea. Both warned the world. Both were sunned and rejected by their scientific communities. Both lived in isolation. Both desired to be heard, appreciated, and validated. Both were driven from their communities in shame. Both lost his wife as a result. Both sought redemption. Both were sought after by authorities. Both felt that they had gone as far as they could. Both scientists expressed their desires but where they desire took them is where the difference between them lies. Both were victimized, but only one, Dr Mafune sought revenge. Prof Maki committed suicide. 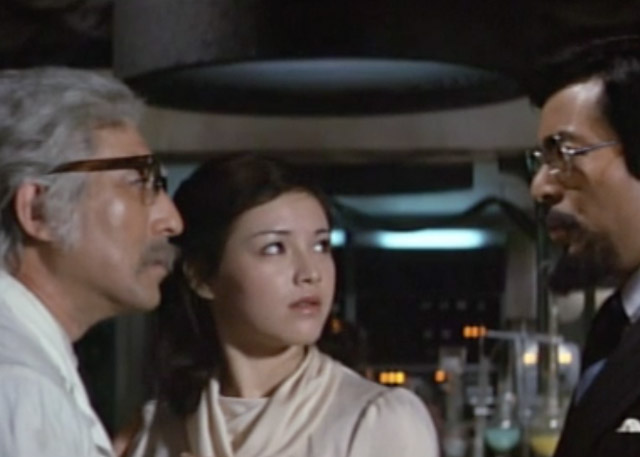 Upon leaning Interpol agents sough after him and information about dinosaurs, Mafune said, 「意見を聞きに来るのが１５年遅すぎたな。今こそ奴らに思い知らせてやる。私のことを信じず。社会から抹殺したバカ者どもに。必ず復讐してやるのだ。」dubbed as “They arrived 15 years too late to ask me about that. I told them then I would make them sorry. Now my theory is proven to be correct I will take revenge on them all and those fools who thought I was crazy and forced me to resign.” Revenge is on the mind of Mafune who was surrounded by enablers, the aliens of the Third Planet from the Black Hole. Sadly, Mafune is a prime example of Hiromi Ogashira’s statement in Shin Godzilla, “Man is more frightening than Gojira.” He was consumed by his own desire for revenge. And it was his daughter who was victimized and like Maki takes her life to stop MechaGodzilla. 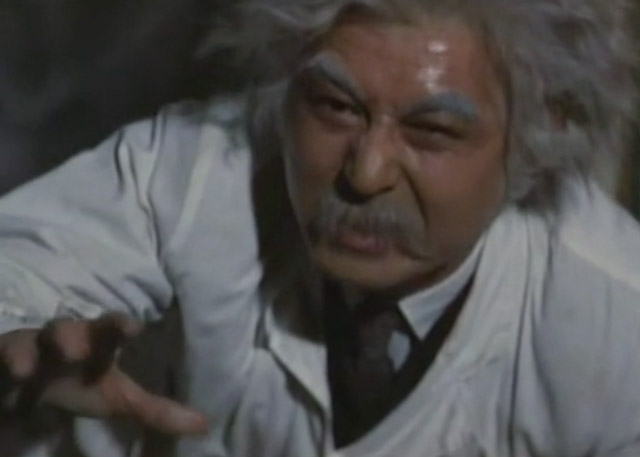 In the last moments of his life aboard his pleasure boat in Tokyo Bay, Professor Maki wrote on the envelope containing his research, 「私は好きにした、君らも好きにしろ」roughly translated “I did as I like. You too do as you like.” Maki loathed the radiation sickness that took his wife’s life and hoped to render radioactive materials harmless. Hiromi thought he feared the military as evidenced by his redaction of the Department of Energy data. Yaguchi suggested he may have hated anyone involved with radiative materials and that included Japan which left his wife to die. But the fact that he left his data for the authorities suggests he was not motivated by revenge. Final data that he left out appears to be test for the authorities measuring their level of interest and attention to the details of his research. Maki was not seeking revenge. He wanted others to do as they like. But it was clear he desired that they would do as he had done. 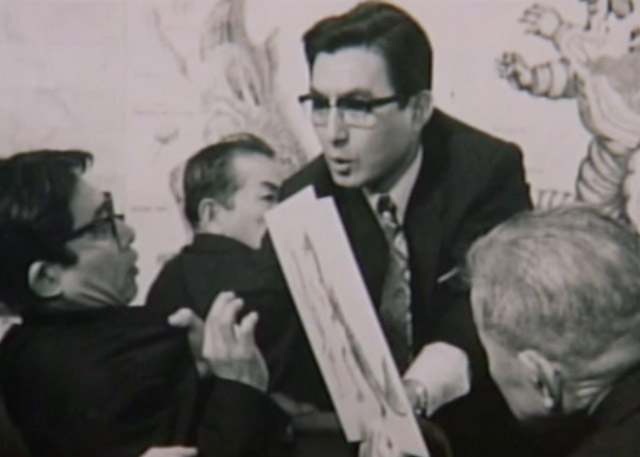 Desire is the most powerful attribute of human nature. Desire makes culture possible but it can destroy it as well. Desire pulls us together and pushes us apart. Desire finds its power and reach in that it is modeled, shared, mediated, and imitated. What we learn to desire comes from observing others. If you like it, I will like it, and vice versa. We adopt and share desire like we breath air in and out. We borrow the desires of each other and act upon them as fast as the speed of thought. But if the one who models the desire blocks the one who borrows the desire from the shared object of desire, the results can be catastrophic. In this case, desire pushes humans apart and is counterproductive for the development of culture. How humans react to this fundamental conflict is everything. When we refuse to share the object of desire, competition, rival, and violence usually arise. Such behavior can undo us all by bringing about violence on a large scale. This is what monsters represent and are all about.

Both Mafune and Maki desired their respective communities to share their desires. Neither would. Both were denied and expelled. Mafune was physically attacked. Both were scapegoats. But unlike Maki, Mafune victimized others bringing about the death of many people. Maki wanted to save life and rid the world of nuclear waste. His life and research were vindicated by the appearance of Shin Godzilla in Tokyo Bay. Both men had monsters, but only one became a “monster” and was responsible for unleashing his monster on the world. 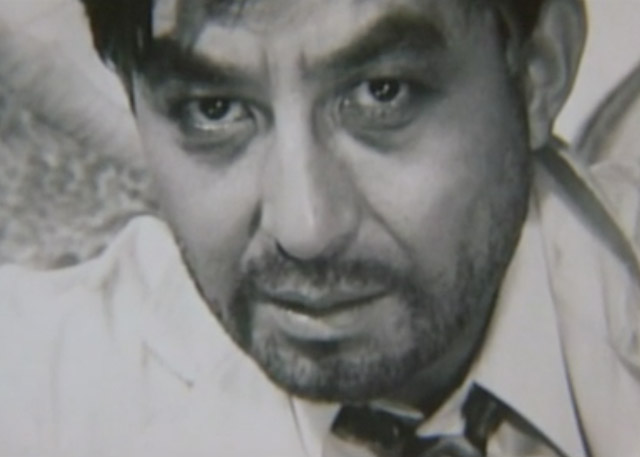 Once again Shin Godzilla is a tale of two scientists. The use of the Terror of Mechagodzilla soundtrack begs us to compare the two professors and in so doing see the depth of the power and danger of desire. 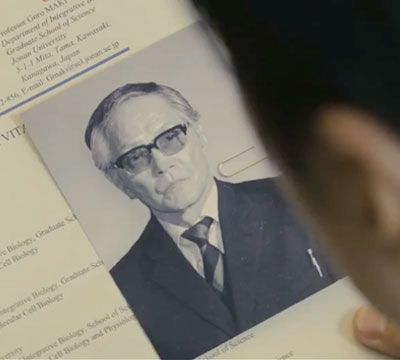 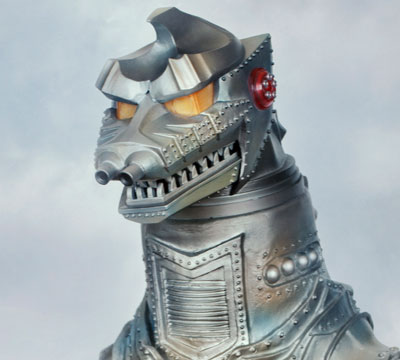 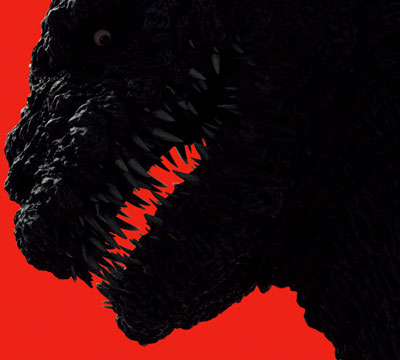