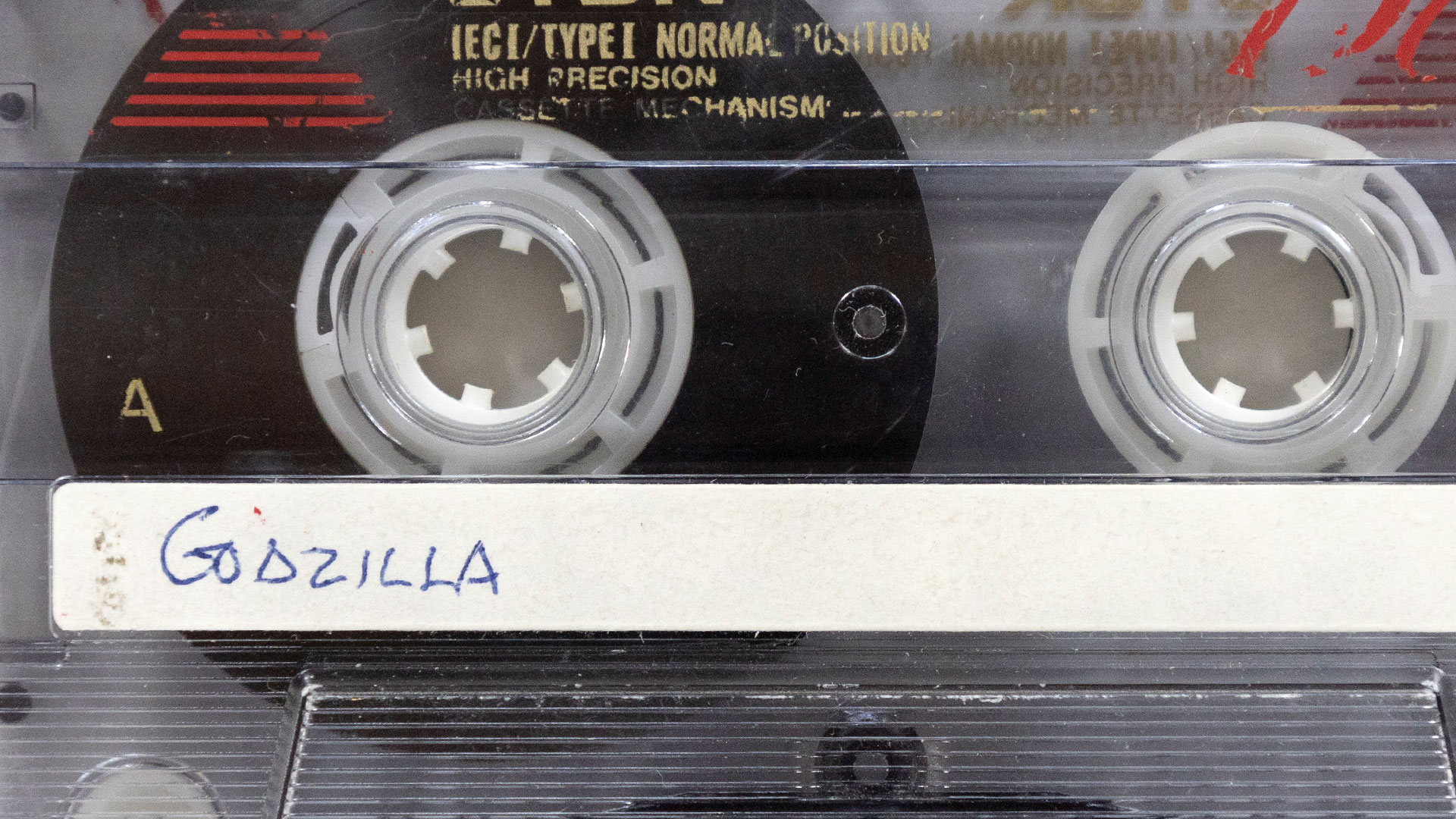 I found a tape

It has been a few weeks since my last blog post. Over the last month, I’ve been finishing up classes. But I’ve also been a bit burned out and fatigued. The last ten days I’ve been cleaning out my basement, repacking my other collectibles to prepare for some home improvement projects later this summer. While reboxing my stuff, I rediscovered some favorite collectibles. But, over the years, every time I go into the basement, I dream of finding one of my old Godzilla audio cassette recordings so I can relive the past. It is always just been a wishful dream because I knew that those tapes were lost. I still have my dad’s audio tape collection and I started to reorganizing his tapes. A then a miracle happened! I found sone of my old Godzilla tapes among his myriad of tapes! I couldn’t believe my eyes. But there it was clearly labelled “Godzilla.”

When Godzilla movies aired on Saturday afternoons I was there with my dad’s audio tape recorder. From the 70s to the 80s, I had built up a nice collection that fit into a shoebox. I eventually recorded all the Showa-era Godzilla movies. I would relived watching those films with audio over and over again. At the beginning of each movie, I would say the title into the recorder. But with the advent of the VCR (video tape recorder), my desire and need for audio cassette recordings diminished. Eventually, audio tapes would be replaced by CDs in the late 90s. But as time went on I wished I still had my audio tape collection. Today, I found one! This tape contains a variety of tracks and trailer audio from Godzilla vs Hedorah (1971), Godzilla vs MechaGodzilla (1974), Terror of MechaGodzilla (1975), Godzilla vs Biollante (1991), Godzilla vs Mothra (1992), Godzilla vs MechaGodzilla (1993), and Echoes of Love from Godzilla vs Space Godzilla (1994). But I’m having a tough time determining the exact date, context and reason for this tape.

The Showa content matches the audio from my small CD collection in the 90s. It was a small collection which I cherished like gold. In my collection was History of GODZILLA Vol. 2 CD (ゴジラのすべて Vol.2, released Dec 5, 1991 by Apollon), my very first Godzilla CD gifted to me on Christmas by brother who found it at Footlight Records in New York City, Godzilla vs Biollante Original Sound Track (released Jan 25, 1991 by Futureland) purchased at Footlight Records, and Godzilla vs Space Godzilla Sound Track (released Jan 25, 1995 by Kitty Records), which I bought during my first trip to Japan in 1994, Godzilla • Sol-fa-mi-re-do (Godzilla Gymnastics) (ゴジラ•ソファミレド(ゴジラ体操) from the Godzilla vs Mothra Akira Ifukube 9 released in 1992 by Futureland), and Godzilla vs MechaGodzilla (1993). As I try to piece together the circumstances around this tape, I might have made this tape for listening during my trips to Japan in 1998 and 1999. I had made music tapes for my SONY Walkman to set the mood as I walked through the streets of Tokyo during my first trip to Japan in 1994. Whenever I hear those tracks they take me back to those days in Japan.

This morning, I sat down to digitize my audio tape using the ION Tape Express player and Audacity music software. As I listened to this tape again, chills moved across my body as the great memories of my childhood and my earliest trips to Japan flooded my thoughts. Please enjoy those recordings along with me.