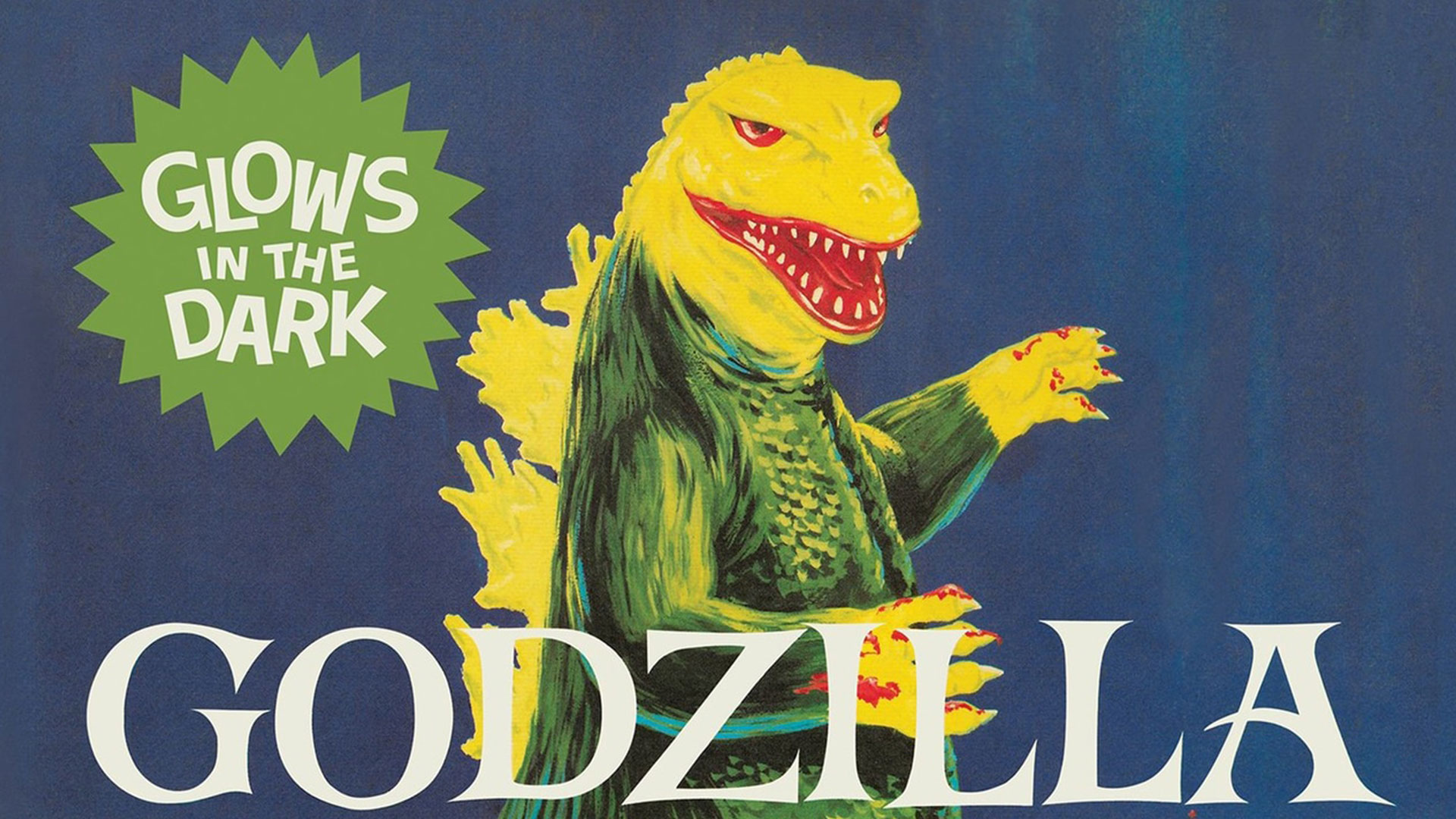 The memories of my childhood are faded like old polaroids, but those I have are etched in my mind. The first Godzilla toys I saw were the famous Aurora Model Kits of Godzilla, King Ghidorah and Rodan on the shelves of Play World back in the 70s. Once again, the wonderful Godzilla King of the Monsters Plastic Model Kit will be reissued in its 1972 glow-in-the-dark version. It is retailing at $32.99 and is now available for pre-order. The kit is 1/500 scale and stands 8-1/2 inches tall. 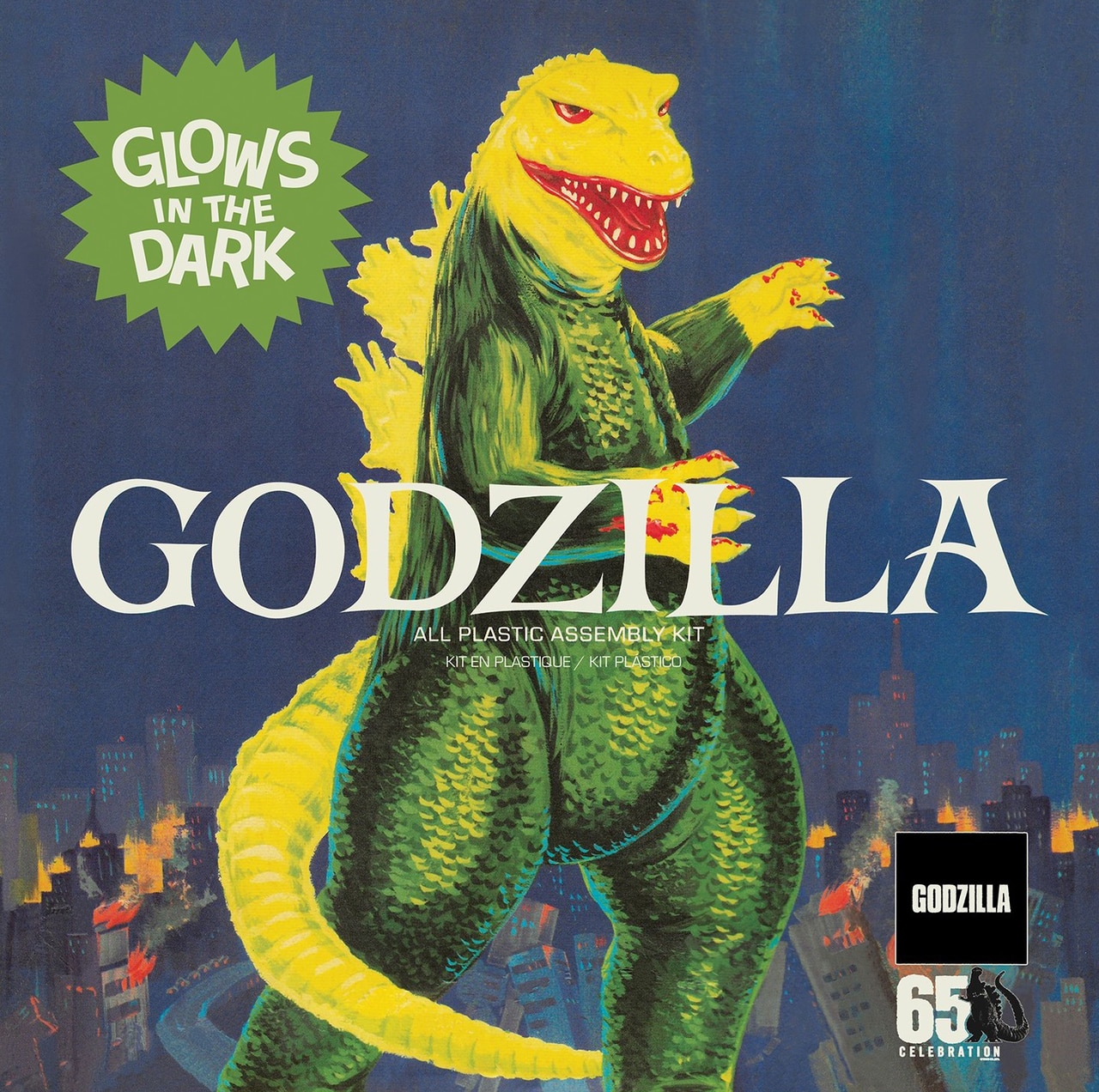 1/500 Scale. Now up for Preorder. From the original Aurora Tooling. This kit comes with all the original parts plus an extra glow in the dark tree of parts. It will be molded in blue-green and glow plastic. Stands 8 1/2 inches tall packaged in the classic Square Box. Officially licensed through a partnership with Round 2 LLC. Many years ago Japan was terrorized by a hideous monster called Godzilla. It destroyed villages and murdered countless numbers of people. No one knew where it came from but they surmised that Godzilla was a creature of prehistoric origin. As suddenly as it had come, the monster returned to the sea and disappeared, leaving a wake of death and destruction behind it. Time passed and Godzilla became only a half remembered legend. Then, in laboratories around the world, seismographs recorded a disturbance in the polar regions. Japanese scientists took a submarine to the area of the disturbance to investigate. Radio contact on the mainland reported that the scientists found high levels of radio-activity. A tremendous explosion was recorded on the seismographs. The submarine was never heard from again. Helicopters were sent to the site of the upheaval. They discovered the monster Godzilla, which had burst from its icy tomb and was making its way to the coast of Japan. Military operations were set up on the beach in an attempt to turn the monster back or destroy it. They were not prepared for the sight of so ghastly a creature, nor will they prepared to fend it off. Bullets and tank projectiles had no effect on Godzilla. With a mighty roar Godzilla breathed out a flame like a gigantic blow torch which completely destroyed the military operation. The monster made its way inland destroying everything in its path. One swipe of its tremendous tail could completely demolish tall buildings. The earth shook with the weight of its steps. Anything in Godzilla’s way was seared by its flaming breath. No one could approach the beast because it was so highly radio-active. People fled in terror. There was no human way to stop Godzilla.An enormous rumbling sound was then heard. The Earth began to shake with violent tremors. Cracks appeared on the surface. The tremendous weight of Godzilla caused the earth to shift and then to open. Godzilla disappeared into a deep crevasse. As the earthquake continued the ground shifted again and the crevasse closed, burying Godzilla under tons of earth and rocks. But, was Godzilla destroyed or only thrown into suspended animation until another earthquake could set him free?

I’ve put my order in! I hope you do too! Last week, I saw an older Monogram 1978 reissue on Mandarake.co.jp. It was only $20! This was the fourth reissue of the kit, and surprisingly, it still has its plastic shrink wrap intact. 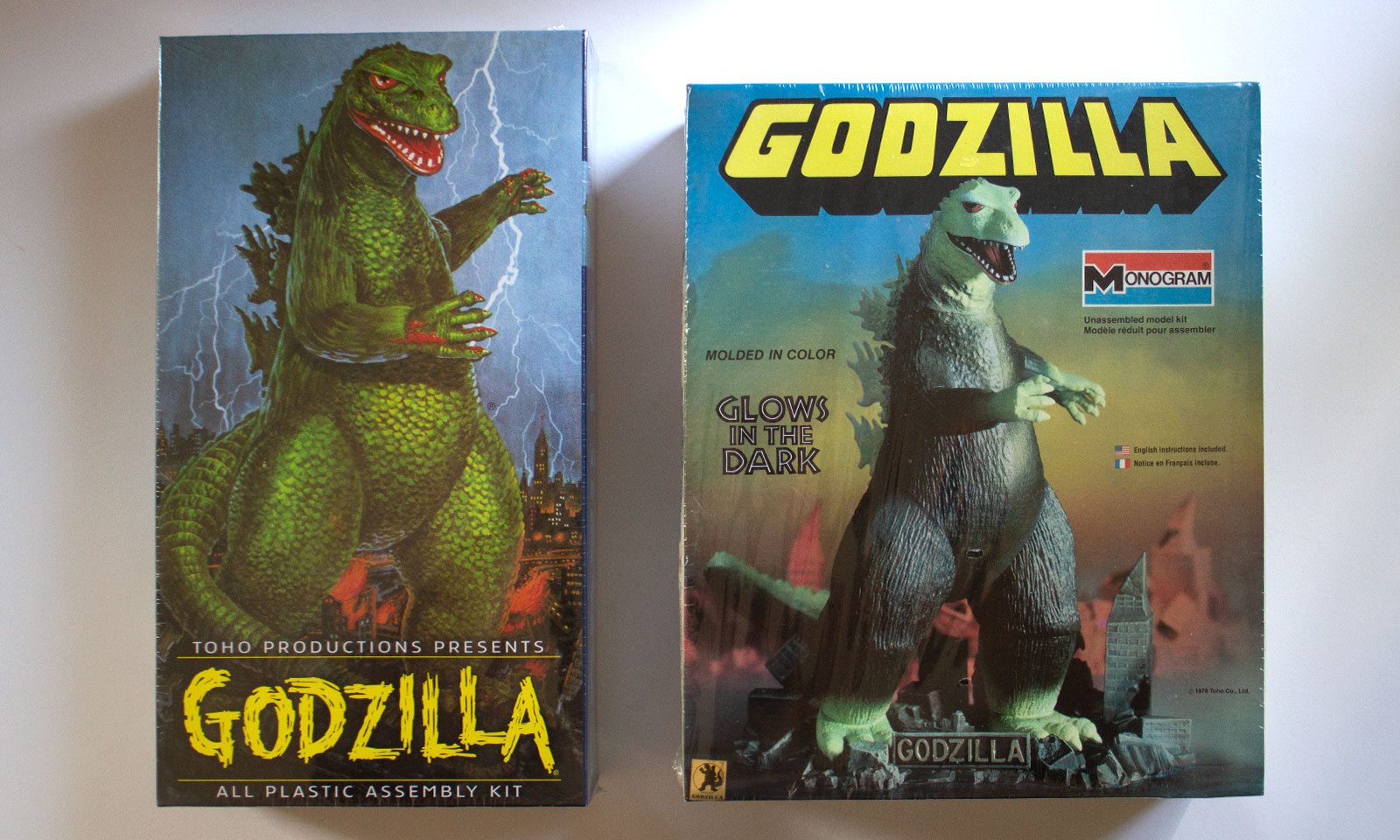 The side of the kit reads, “The best-known of all monsters, Godzilla has starred in 17 classic films.” By 1978, there were only the 15 Showa Godzilla films. I’m not sure about the other two. This older reissue will go beside my more recent Polar Lights reissue with the original box art (released around 2000). The 1964 Aurora Godzilla model kit is considered one of the first two licensed Godzilla items produced in America along with the Ideal Godzilla board game.