Last Saturday night was a once-in-a-lifetime experience that I will cherish for the rest of my life. Thirty Godzilla fans received an exclusive dinner invitation with four distinguished Japanese guest: Haruo Najajima, the first and legendary Godzilla suit actor (1954-72), Tsutomu Kitagawa, the Millennium Godzilla suit actor, Shinji Nishikawa, the Toho Kaiju Designer and Illustrator from Godzilla vs Biollante, and Satoshi “Bin” Furuya, the Ultraman suit actor. We were privileged and honored to have exclusive time with them. The dinner is in the content of the Monster Mania Convention held annually in Cherry Hill, New Jersey. For the fist time these Japanese icons appeared at this convention.

I’m grateful to my facebook friends for extending an invitation for such an amazing experience. Since briefly meeting the three Godzilla suit actors in 1999 at the entrance of the New Yorker Hotel, I have wanted to meet them again. There is no one more important to Godzilla than Haruo Nakajima, whose personality and physical acting brought Godzilla to life. 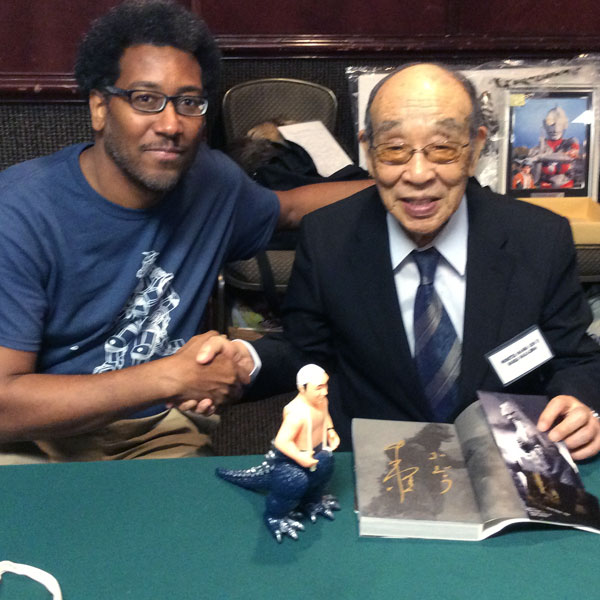 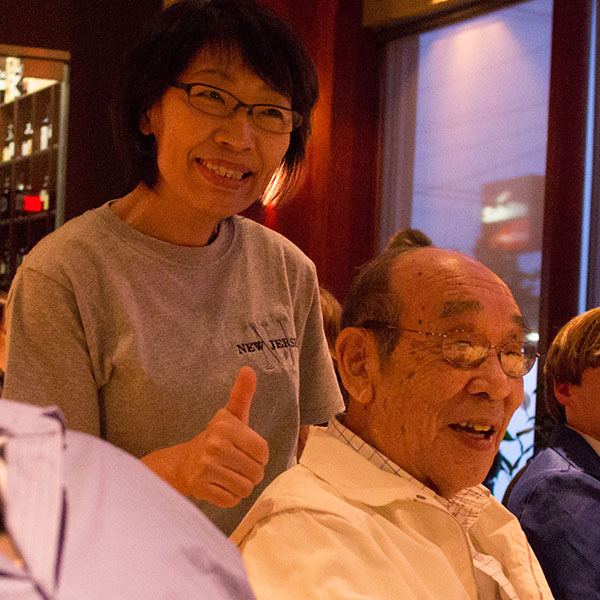 We were all concerned for his health and well being. He spent the majority of the day signing autographs at the local convention. His desire to please his fans is evident. His warm and kind personality is permeable. His daughter, Sonoe-san, is always by his side to care for his every need. To spend a few moments with him was my highest honor. I asked him, What was his favorite Godzilla film? He enjoyed them all the same. お体にお気をつけて、またお会いできることを願っております。

Earlier in the day Nakajima-san signed both my M1-GO 2000 Haruo Nakajima figure along with the recently published book chronicling his suit acting career with Toho. 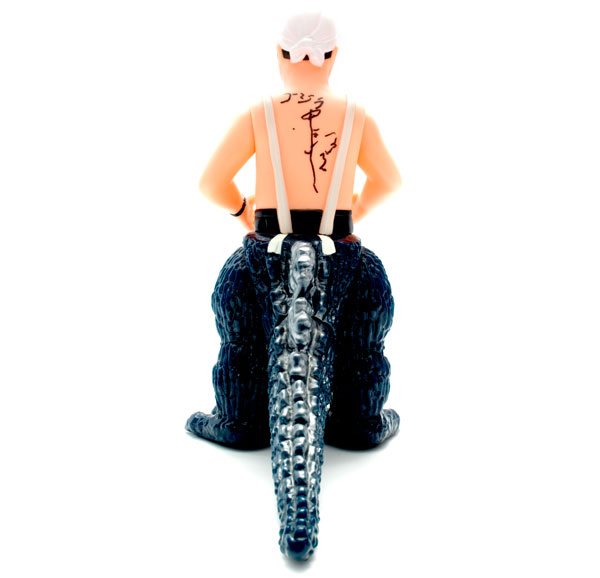 My first childhood hero was Ultraman. Meeting Bin Furuya was meeting Ultraman. His kindness and attention was overwhelming and I will never forget him. He is an exceptional person. When he joined us at the table he gave his business card to each of us. Furuya-san saw my Science Patrol lapel pin and reach to see it. A few minutes into the meal, I was able to briefly speak with him in Japanese. I said that he was my childhood here and I asked him about his favorite Ultraman episode. (ウルトラマンはわたしのヒーローでした。一番好きなウルトラマンのエピソードは、第何話ですか). Later, he toke picture with each of us as we struck the classic Ultraman Spacium Ray pose saying, “Swass.” Watching Furuya-san stancees and movements I could see Ultraman. 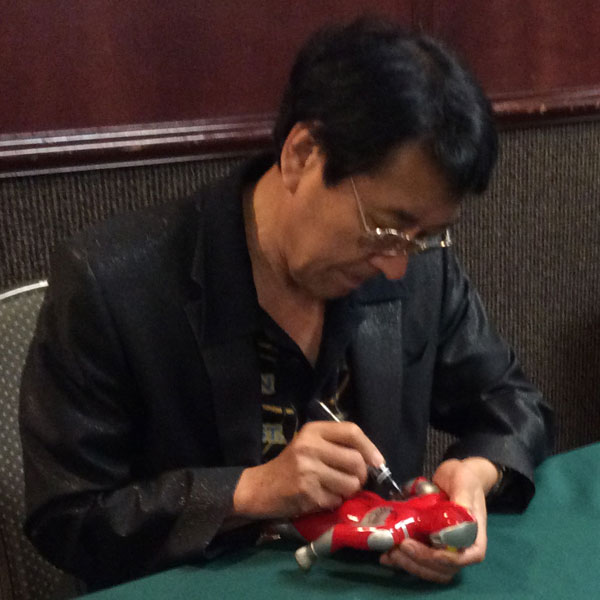 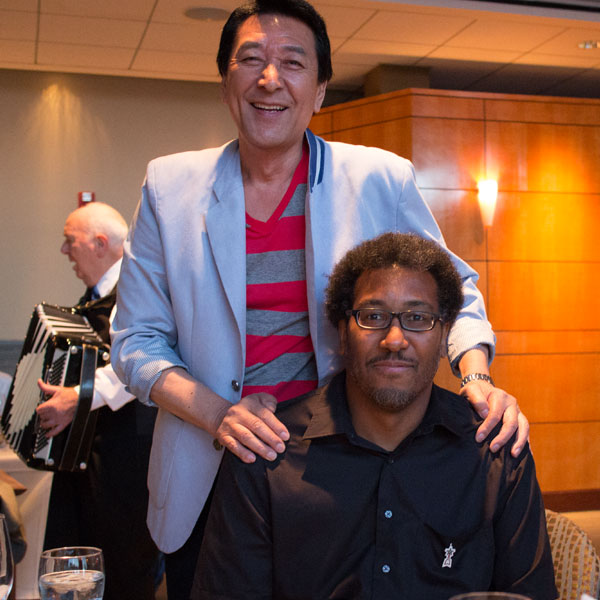 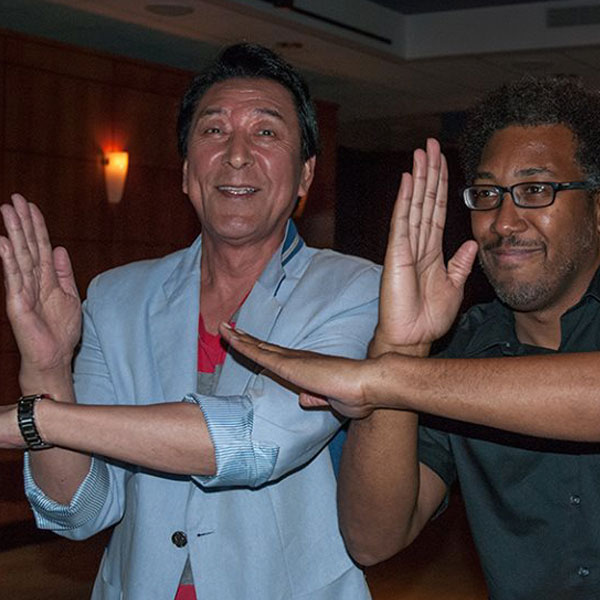 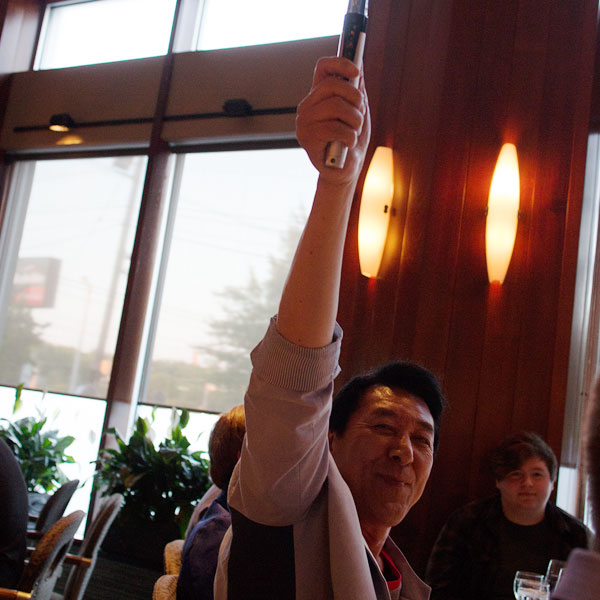 Furuya-san signed my very first Ultraman figure, a Christmas gift from my brother in 1983. 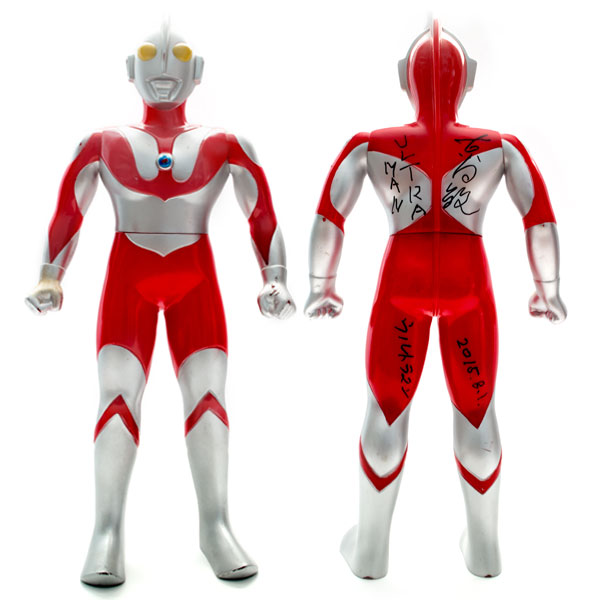 Earlier in the day Nishkawa autographed his print portfolio and drew Godzilla ’74 for me. Drawing Godzilla and kaiju come so easy. You can see his enjoyment with every stroke of his pen.

Kitagawa is in amazing shape disciplined in many martial arts. He wore his martial arts garb with ゴジラ written on the shelves. He was ready for action. 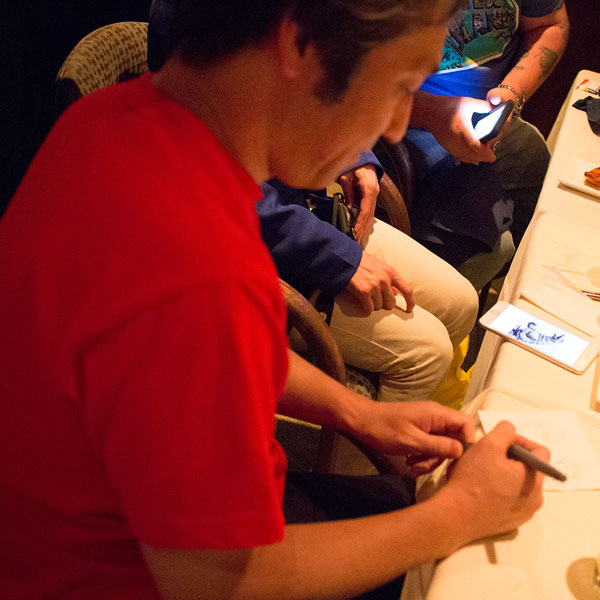 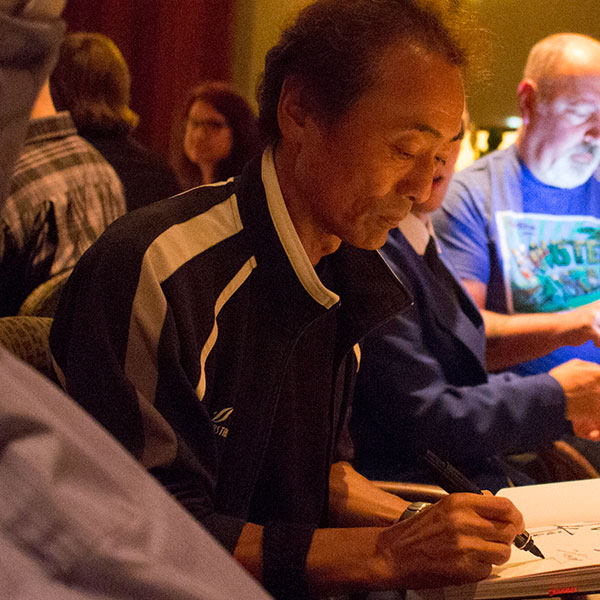 As the dinner came to a close, we each sat with our Japanese guests for a photography. 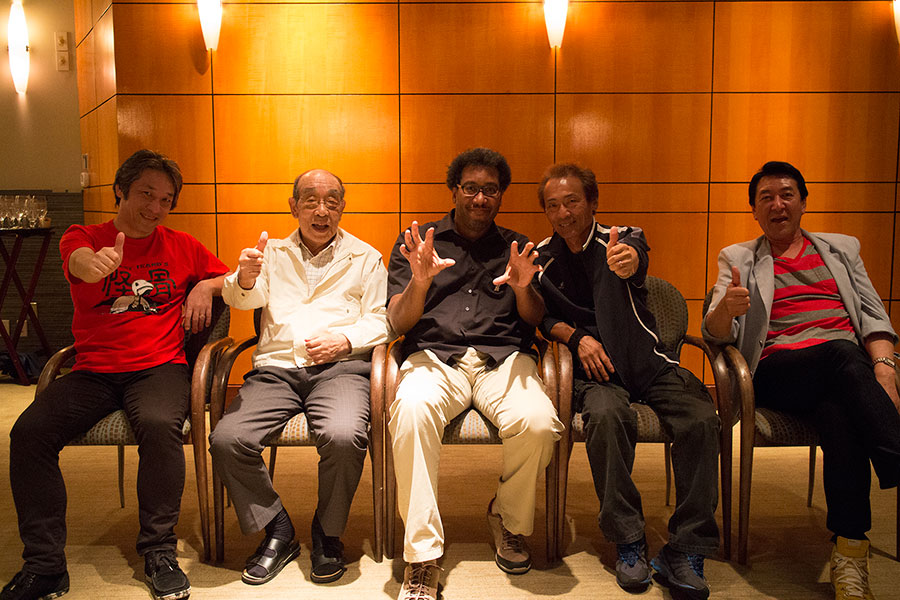 To our surprise we each were presented with a shikishi autographed by each with the family seal. Shikishi boards are laminated art papers on hard board backing with a strip of gold paper on the edge usually used for painting, haiku, calligraphy, and watercolor painting. 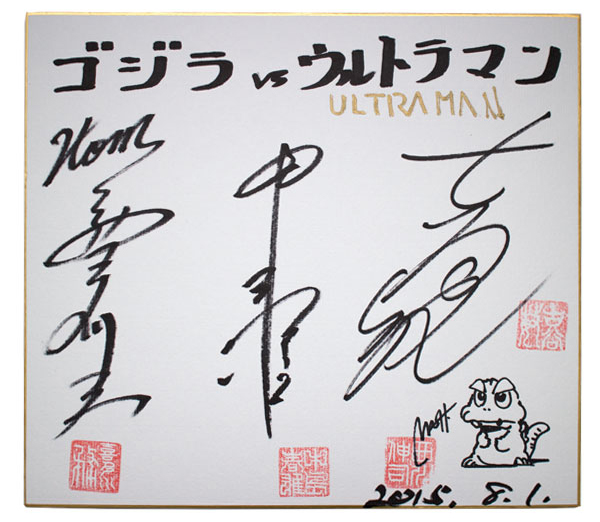 Then it was our turn to present our guest with gifts. 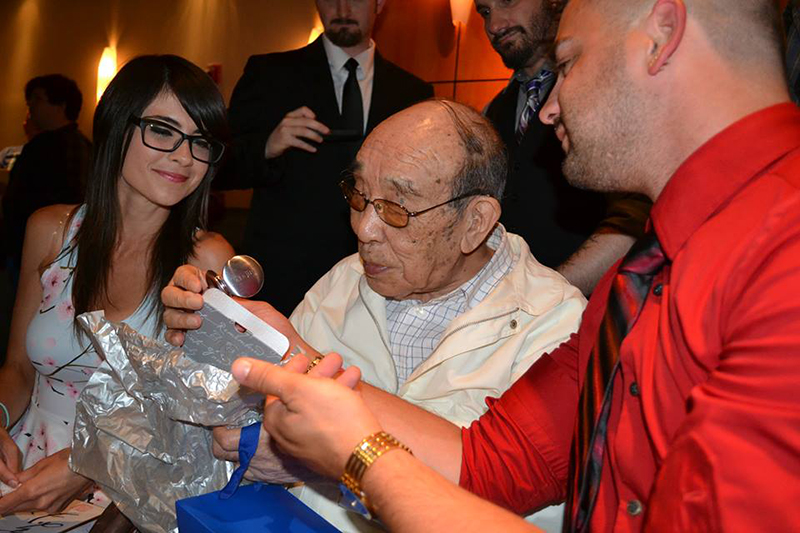 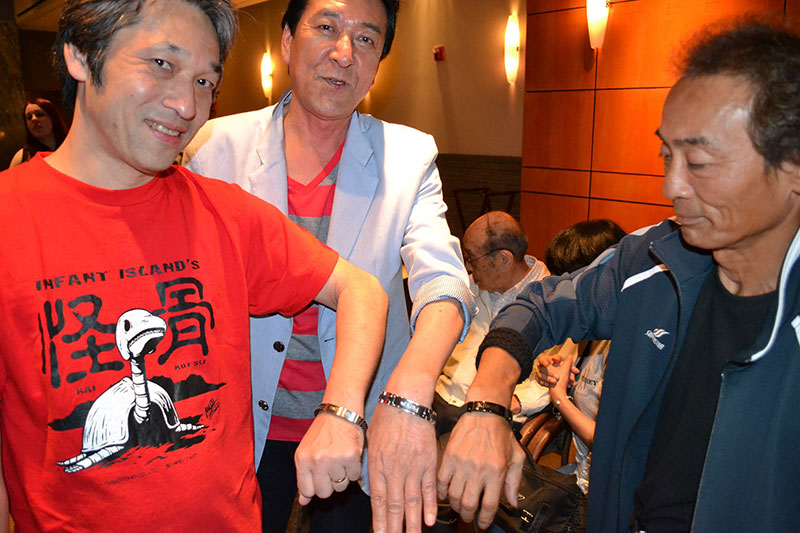 I am so grateful to Tim Bean, Jim Cirronella, Shigeko, and Sonoe for coordinating the event. Also a special thanks to Rich of FreshVinylHQ.com and John of KaijuAddicts.com for extending me an invitation. It was my pleasure meeting facebook friends in person. I want to give a special thanks to my friend Yuu-san for helping with preparing questions in Japanese. 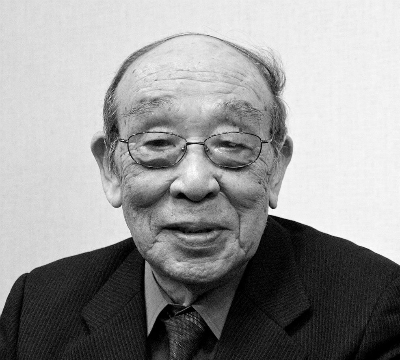 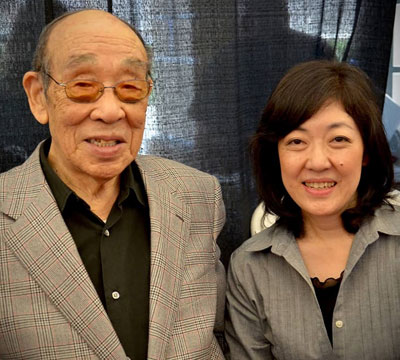 From Godzilla with Love 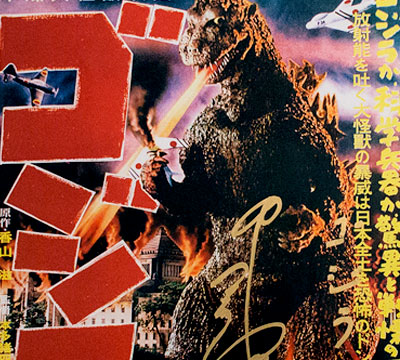