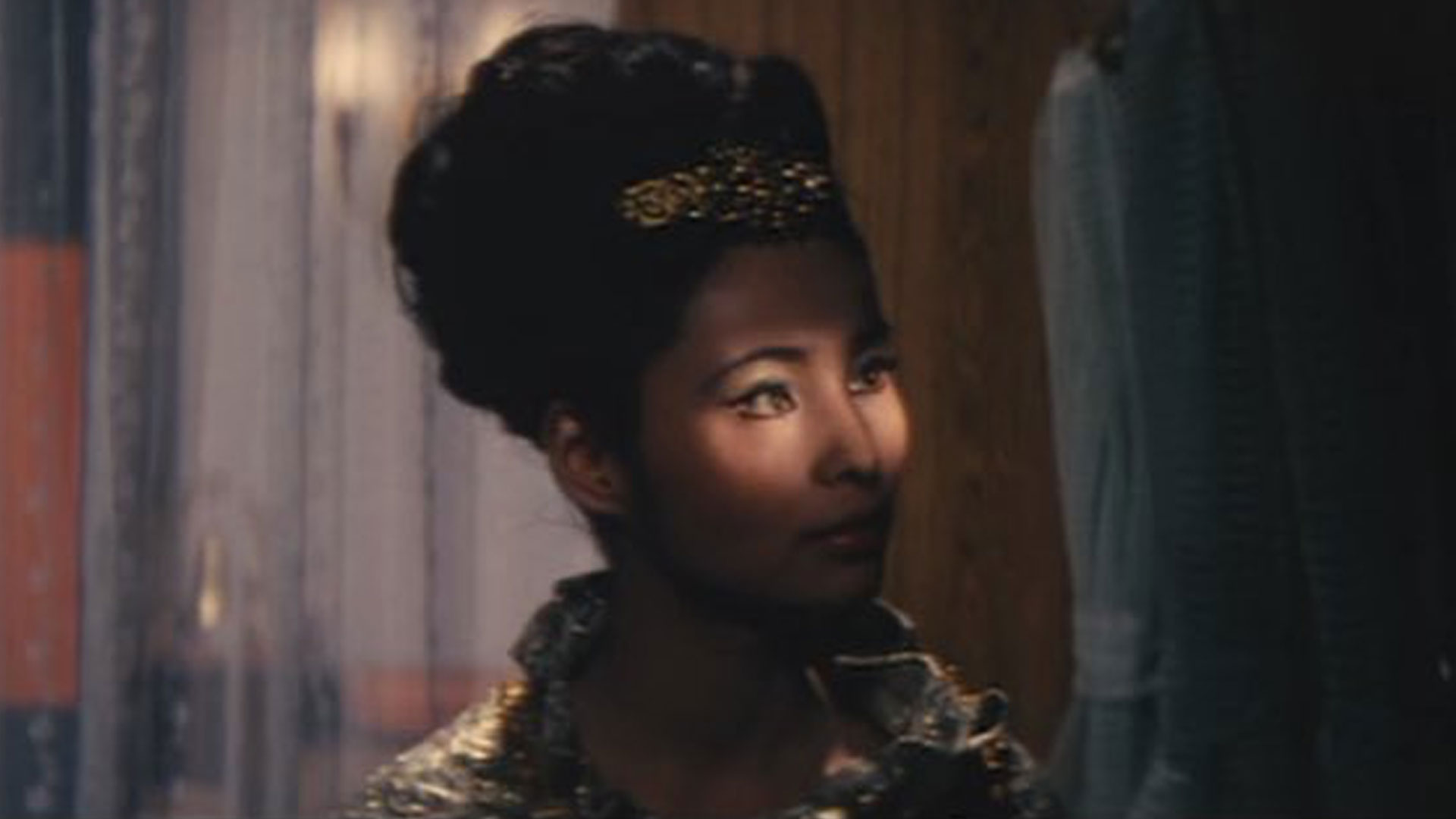 Certain Godzilla movies are my go-to movies that I watching like I eat comfort food. They are fun, heart-warming and comforting. Ghidorah The Three-Headed Monster (三大怪獣 地球最大の決戦, 1964) is one of them. After watching and rewatching this classic over the past week, I realized the crises facing the world in Ghidorah, The Three-Headed Monster are not that different from those facing our world today. UFOs, climate change (heat waves), outbreaks (encephalitis), and international political turmoil (assassinations). This classic Showa movie still has important lessons to teach us today.

Stories and movies would be boring without a crisis. In every Godzilla movie, the world is in danger. In Ghidorah, Princess Salno from Selgina, possessed by an alien from Venus, warns the world of its impending doom and destruction. Standing before the people of Japan, the princess turned prophetess warns the world with these words:

｢皆さんは無限に広がる大宇宙のことを考えたことがおありですか。今や地球人は一丸となって宇宙世界の一員であるという。自覚と決心を持たなければならないのです。地球は今 滅亡の危機にさらされようとしています。それなのに皆さんは私の話を面白半分にしか聞こうとしません。どうしてですか？ なぜ まじめに聞けないのです。どうしてですか？ 私は金星人です。 まず九州阿蘇に異変が起こります｡｣ “Have you ever thought about the infinitely expanding universe? The time has come for all earthlings to awaken to their responsibilities as citizens of the universe. The Earth is on the brink of destruction. And yet you refuse to take me seriously. Why? Why can’t you listen seriously? I come a Venusian. First something strange will happen on Mount Aso.”1

But her prophetic words fall on deaf ears. And this is our first lesson. We must learn to pay attention to warnings. We must learn to listen to our officials, experts and professionals. We must always guard against unfounded conspiracy theories. And we must be critical thinkers, asking questions, doing research, and seeking the corrects answers from reliable sources. But sometimes warnings come from unexpected sources.

The people laughed at Princess Salno. They did not take her warning seriously. She was not dressed like a princess but she appeared as a poor needy girl. They did not know her real identity. And that should not have mattered. In their sight she possessed no significant status. They ridiculed her rather than heed her warning. There were many signs of impending doom. We must be mindful of those we think don’t matter. We must not so quickly mistreat, discredit and write off them. Give them the respect that we would want to receive. They often have something important to say, a story to tell, and a lesson to teach us because “the past is prologue.” There will a price to pay for neglecting others.

Ghidorah gives voice to both women and monsters. For the first time moviegoers get to listen in on a conversation had among the monsters. King Ghidorah appeared and had begun ravaging Japan. The Shobijin (小美人, literally, Small beauties, aka The Fair Twins) summoned their guardian deity Mothra to help. As the action heats up, the twins begin to interpret the conversation between Mothra, Godzilla and Rodan:

｢争いをやめて、みんなで力を合せて、地球をキングギドラの暴力から守ろうと言っています｣ “Mothra is telling them [Godzilla and Rodan] to stop fighting and work together to protect the planet from King Ghidorah’s violence.” According to the Shobijin, Godzilla replies, ｢ゴジラはこう言ってます。我々が人間を助ける理由はなの声にもない。人間はいつも我々をイジめているではないかと、言っています｣ “Godzilla says: There is no reason for us to help humans. They say that humans are always bullying us.”

The Shobijin reveal a sad truth — how monsters feel about us. They give Godzilla a voice. And when Godzilla speaks, everyone should listen. Godzilla calls humans “bullies.” And he is right. Young and old bully. Bully is scapegoating. Godzilla is one of our victims. Mothra and Rodan too. Monsters are our scapegoats. They are surrogate victims made to pay for our sins as much as their own. We make them monsters, misunderstand them, demonize them, and seek to expel them. Godzilla, Mothra and Rodan have films that detail their stories and victimization. Godzilla is the victim of the hydrogen bomb as much as he becomes a living atomic bomb. If we are not careful, our victims like monsters will seek revenge. But if we find our victims and do right by them, then we might survive.

The twins and Mothra also show us the way forward. When there is division and fighting, unanimity is achieved when there is a common enemy. Rivalry and violence occurs when two parties cannot share the same object of desire. Desires are shared, mediated, borrow and imitated, making culture possible. Desire unites us. One teaches the other what to desire. That can be good. But that shared desire can also push them apart when one believes the other is blocking the way to their shared object of desire. Fighting ensues and each becomes the mirror image of the other, returning blow for blow and tit for tat. Others take sides being drawn into the fight by the same power of desire. Then something mysterious happens as they fight, they find a surrogate victim or scapegoat to blame, demonize, fight and expel. Usually that victim is innocent or relative innocent. The two parties unite against a common enemy, whose demise brings about peace.2 Mothra along with her mother, sibling, priestesses, and her people have all been victims and scapegoats. She knows that Ghidorah is the greater threat to their world. The time for fighting among themselves is over. They must unite and fight the new threat.

Ghidorah, The Three-Headed Monster reveals what happens when we see others victimized. When Godzilla and Rodan refuse to help. Mothra engages Ghidorah alone. But she is no match for three-headed alien invader but she is willing to sacrifice herself for the world. But when Godzilla sees her suffering, he comes to fight for her. Godzilla and Rodan put away their difference and stop fighting. They unite to come to help Mothra and to stop Ghidorah. It is this moment, Godzilla is transformed from the enemy of humanity to justice Godzilla who is friend and ally of the earth. Like Mothra we must learn to see the big picture and understand the times in which we live. We must be slow to scapegoat and to place blame on others. We must investigate what shaped others and lead them to behave violently. Like Godzilla, when we see, identify and empathize with the plight and suffering of others, we might decide to their rescue rather than show them disdain.

During the fight, the Venusian prophetess turns priestess when she raises her hands and prays this prayer for the earth: ｢大宇宙創造の神よ。この星を金星の業火よりお救い下さい。死の星の運命よりお守り下さい｡」“O mighty Creator of the universe! Save this planet from the evil fiend who destroyed Venus. Save it from becoming a lifeless tomb.” Our scapegoats unite and defeat the alien invader saving the earth. In so doing, they teach us important lessons. Pray for those who don’t perceive and understand the dangers and problems facing us. Pray for those who mistreat us. Rather than reply to harm her detractors, she prayed for their wellbeing. We need to learn that lesson today. Drawing lessons from our favorite monsters might sound silly, but today the Japanese Crisis Management paralleled their decisions to change with King Ghidorah and Godzilla.2

1 Later the prophetess provides more details: ｢あなた方はまだ文からないのですか。このままでは地球は滅亡です。キングギドラのために死の星となります。金星の文化も科学も根こそぎ破壊してしまった宇宙怪獣です。金星は現在の地球よりはるかに栄えた高度な星でした。しかしキングギドラのために永遠に死の星になってしまったのです。そうです。もう来ています。そして地球の終わりが来るのです。信じませんね。皆さんの目を見れば分かります｡｣ “Do you still not understand? The Earth will perish if it carries on like this. King Ghidorah will turn this planet into a tomb. He’s a space monster who wiped out our civilization on Venus. Venus was once far advanced beyond today’s Earth. But because of King Ghidorah, it’s a desolate wasteland forevermore… Yes. he’s already here. The Earth’s end is imminent. You don’t believe me, do you? I can see it in your eyes.”

3 ギドラからゴジラへ「危機管理庁」設置3つの目的、日本の危機管理オペレーションは変われるか (Establishing “Crisis Management Agency” from Ghidorah to Godzilla: Three purposes, will Japan’s crisis management operations change?): ｢3つの首からそれぞれ1/3の力の火を吹いているよりは、1つにまとめてその力を統合したほうが、ゴジラのように強くなると同時に機動的に動けるようになる。3つに分かれていた機能を1つに統合し、国家全体として感染症危機管理の統合運用機能を高めていくというわけだ｡」”Rather than blowing a fire of 1/3 of the power from each of the three necks, it is better to combine the powers into one and become stronger like Godzilla and at the same time be able to move flexibly. The functions that were divided into three will be integrated into one, and the integrated operation function of infectious disease crisis management will be enhanced as a whole nation.”