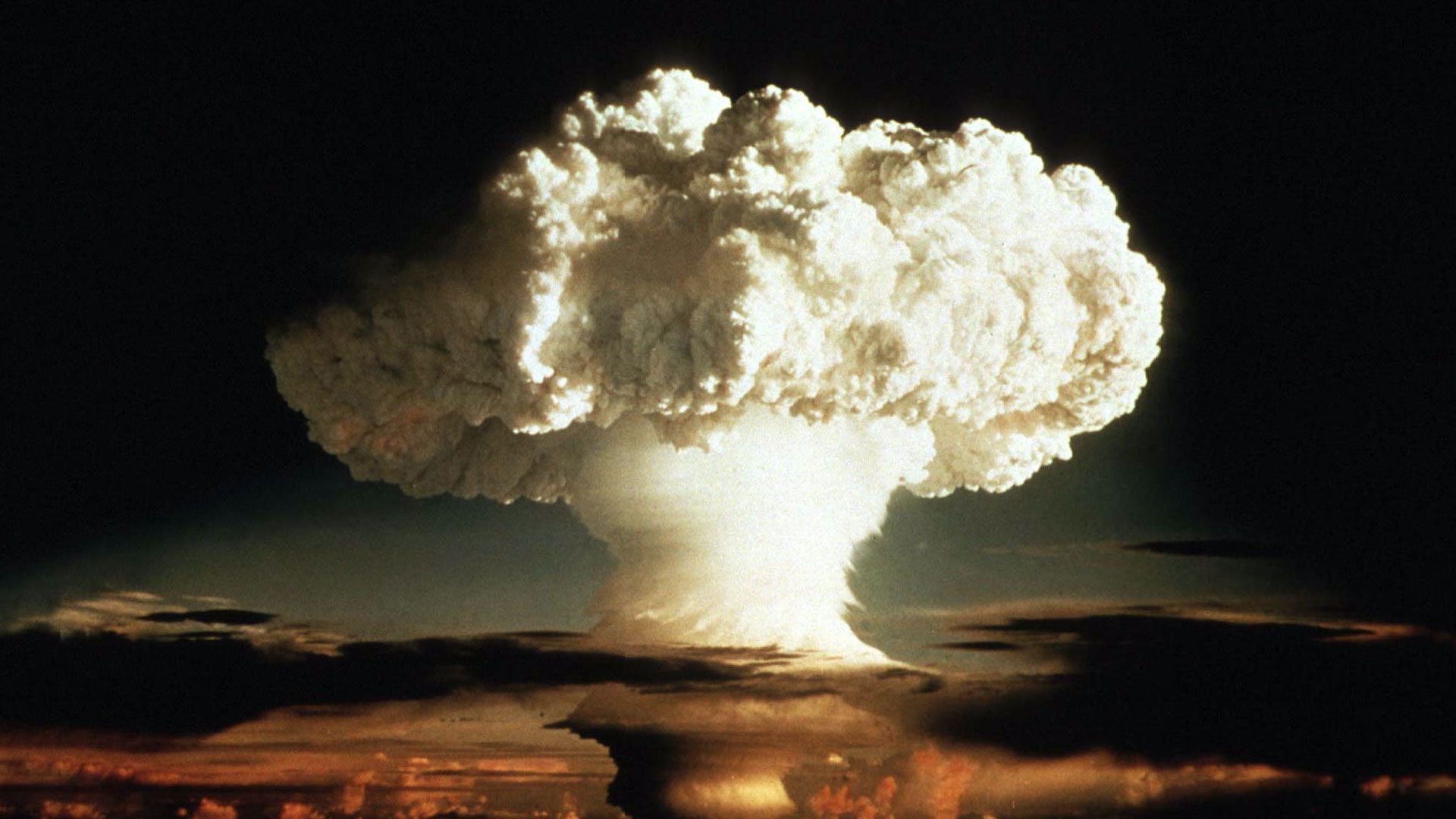 As I have been reflecting upon my recent blog post Black Like Me, I recalled what I had learned when researching the story of the Lucky Dragon No. 5 for the second issue of MyKaiju Magazine. I came across the book Kuboyama and the Saga of the Lucky Dragon by Richard Hudson. Hudson recounts the tragic story of Aikichi Kuboyama, one of the crew and fishermen of the Japanese fishing boat the Lucky Dragon No. 5. Kuboyama was the first victim of the hydrogen bomb, dying several months after their fateful trip to the Bikini Atoll. There is an interesting detail to his story that gave me pause. 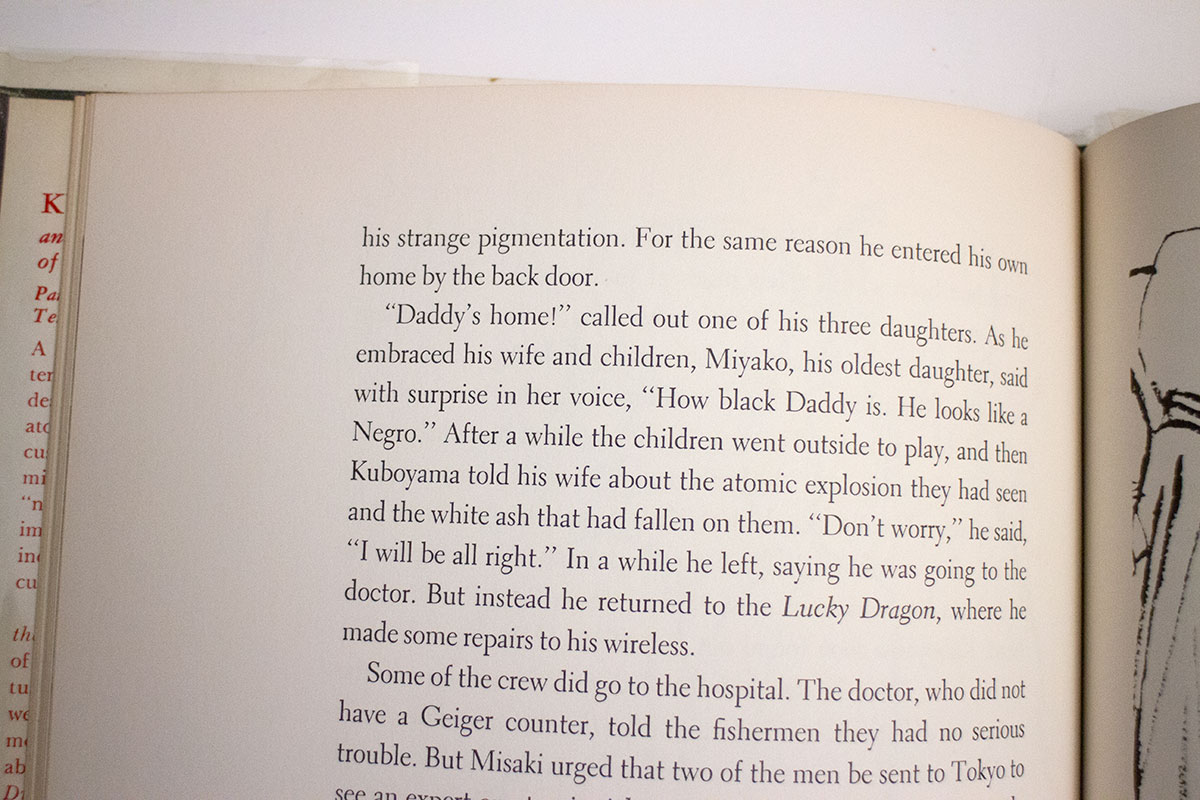 Kuboyama and the Saga of the Lucky Dragon by Richard Hudson (p. 38) 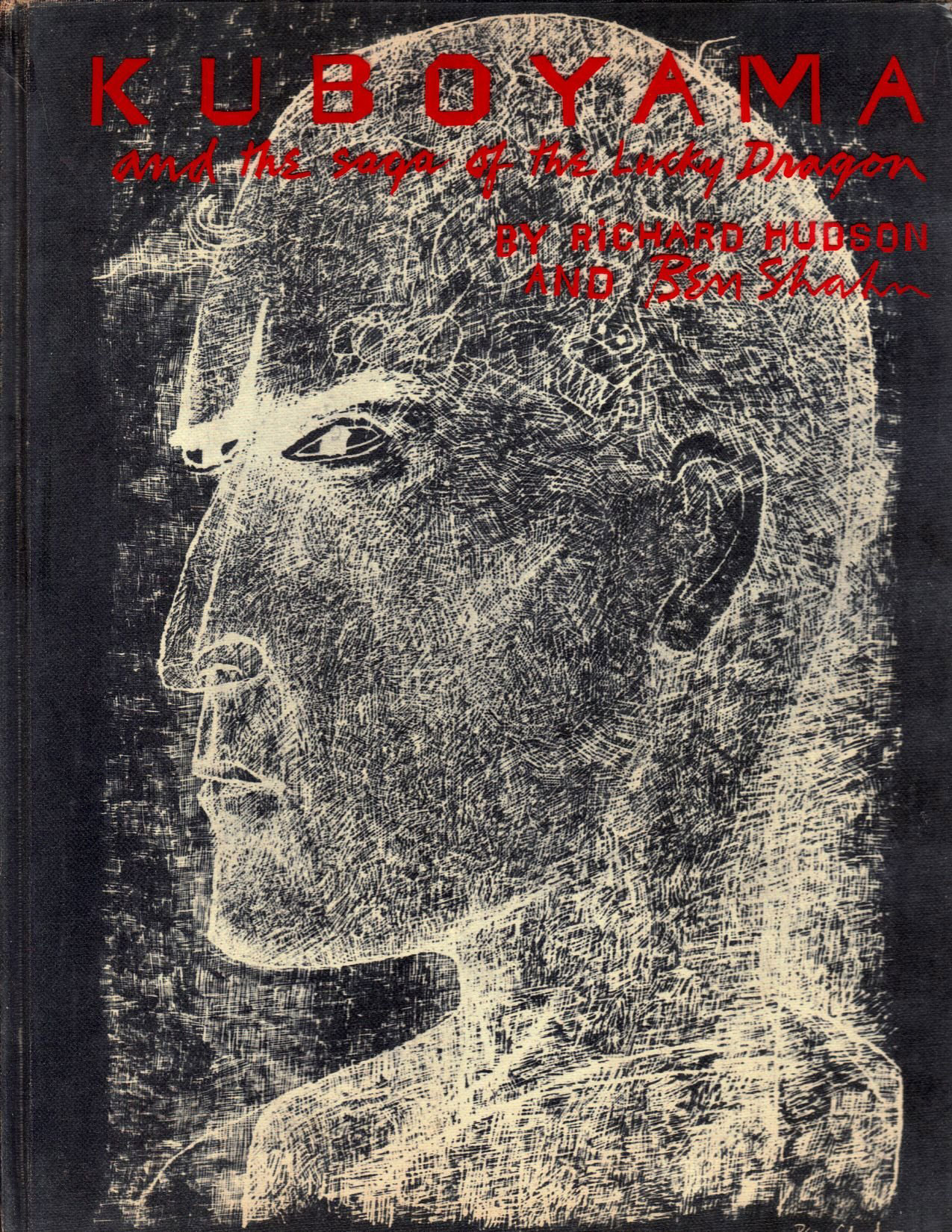 Hudson writes of Kuboyama’s return home after their ship returned to Tokyo on March 14, 1954, two weeks after their exposure to H-bomb test. One of his daughters cried out, “Daddy’s home!” Then his oldest daughter, Miyako, said, “How black Daddy is. He looks like a Negro.” I paused after reading these words to let them sink in and to grapple with their significance and meaning. Of my many thoughts, I saw Godzilla in a new way. I knew Godzilla’s skin was designed to show the scars and damage from the h-bomb. I knew he represented the bomb victims of Hiroshima and Nagasaki, but more contemporarily the victims of the Lucky Dragon. And now his black skin seems connected to that of Kuboyama, whose daughter compared him to a Negro. Although she saw her father’s skin color, I see the suffering that his black skin represented. For this reason Godzilla as a metaphor carries more significance and meaning to me than ever.