The countdown continues to the release of Godzilla King of the Monsters on this Thursday, May 30. Last night the red carpet was rolled out for its premiere in Hollywood. Also yesterday, to celebrate the movie the Godzilla Store has popped up at seven Kinokuniya Bookstores locations across the country: New Jersey, Chicago, San Francisco, Seattle, Los Angeles, Carrollton, and Austin. 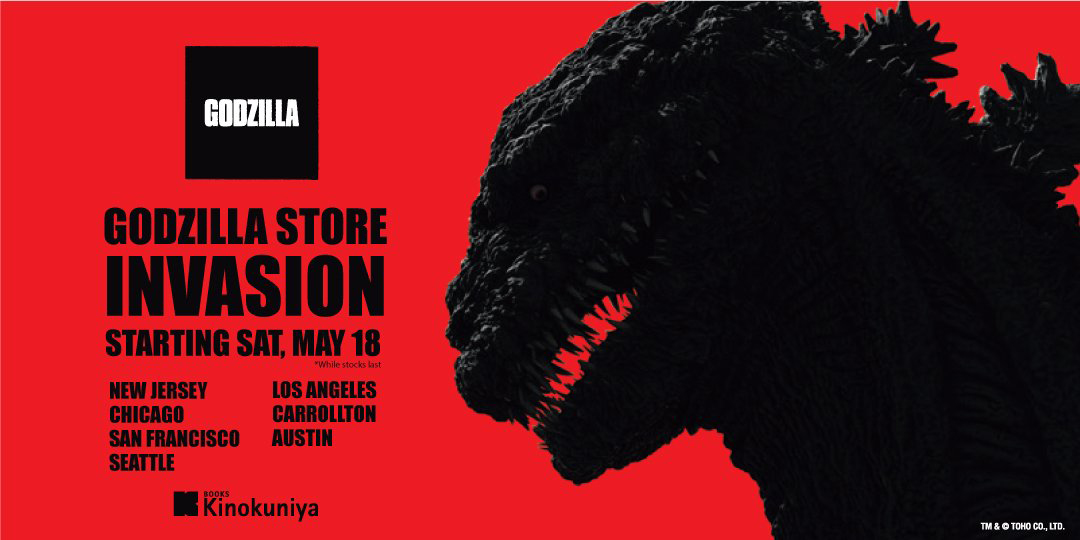 Godzilla has invaded Kinokuniya USA! Join us as we celebrate the upcoming release of GODZILLA: KING OF THE MONSTERS, hitting theaters May 31st. Exclusive merchandise from the official Godzilla Store in Japan will be available! *While stocks last. – Kinokuniya

So I took to my car and headed to Edgewater, NJ, early Saturday morning. I arrived about an hour after Kinokuniya opened. Godzilla fans, having already secured desired items, were waiting for more. There was something for every fan and collector: books, figures, postcards, clear files, socks, and more. 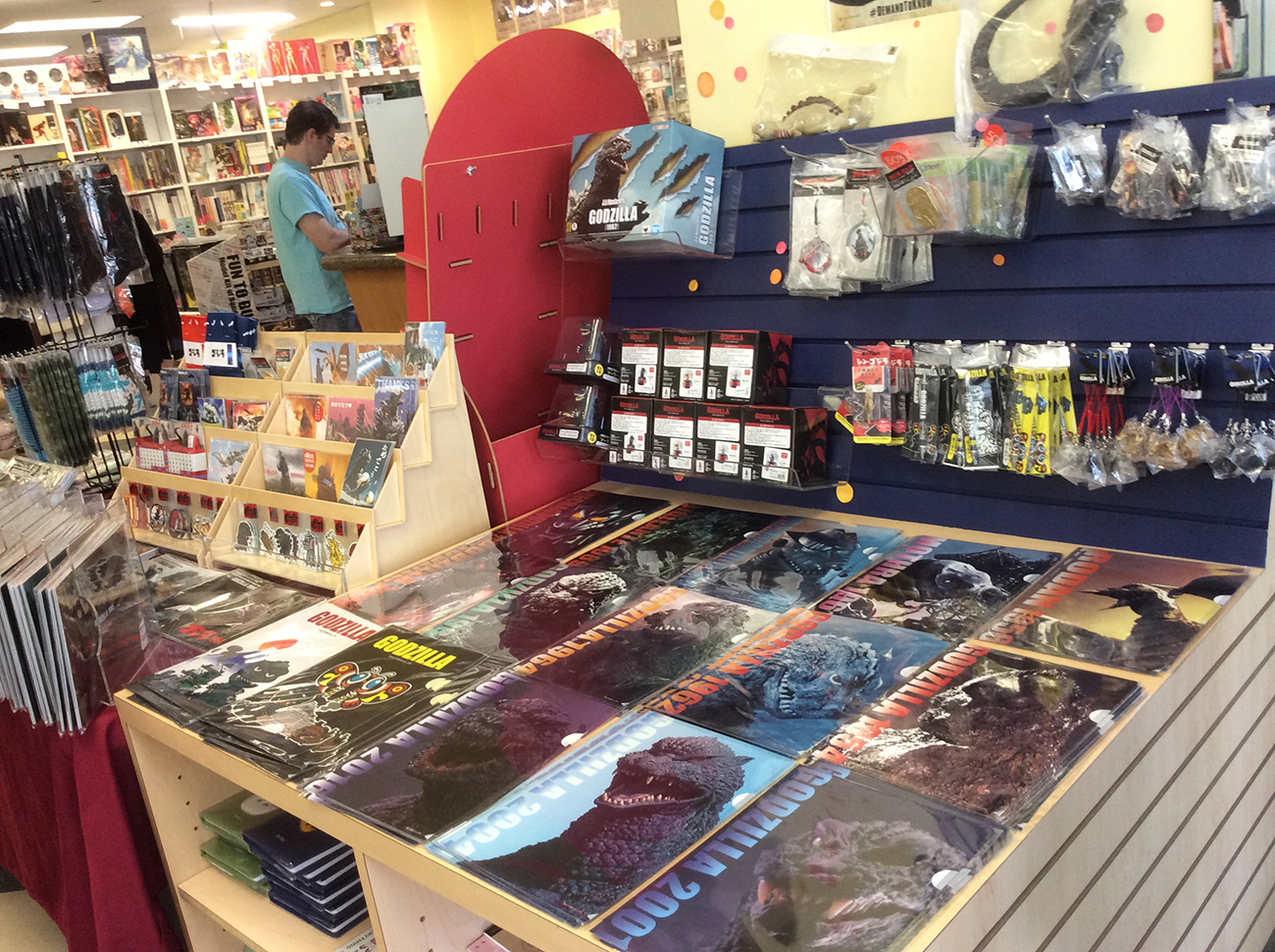 I picked up several items including the long-sought-after cable bite. The pricing was reasonable. A fan could do some damage to their wallet and build up their collection. 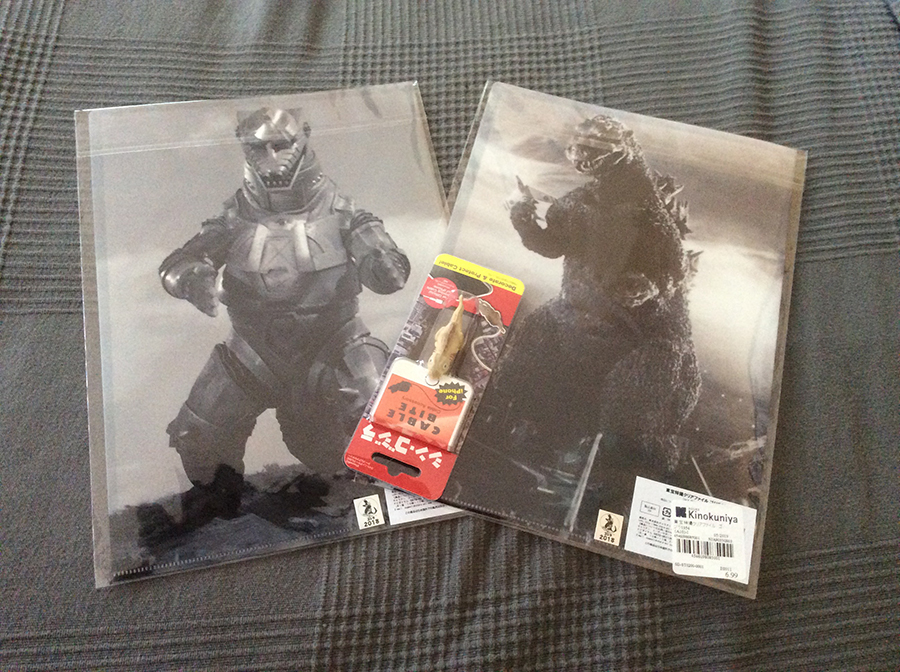 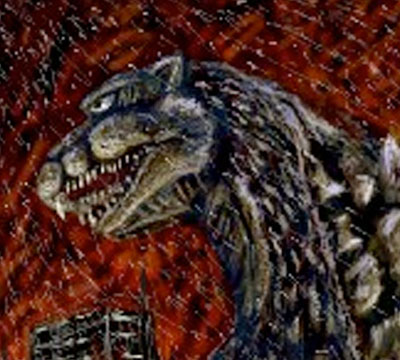 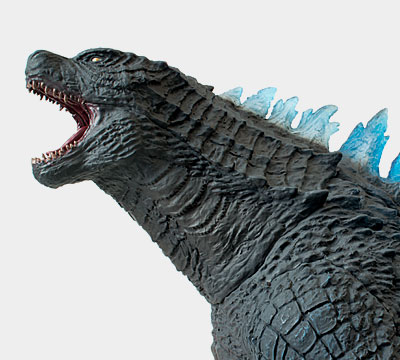 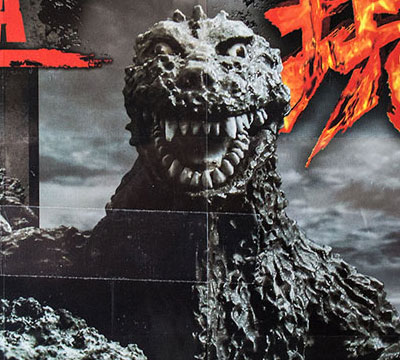