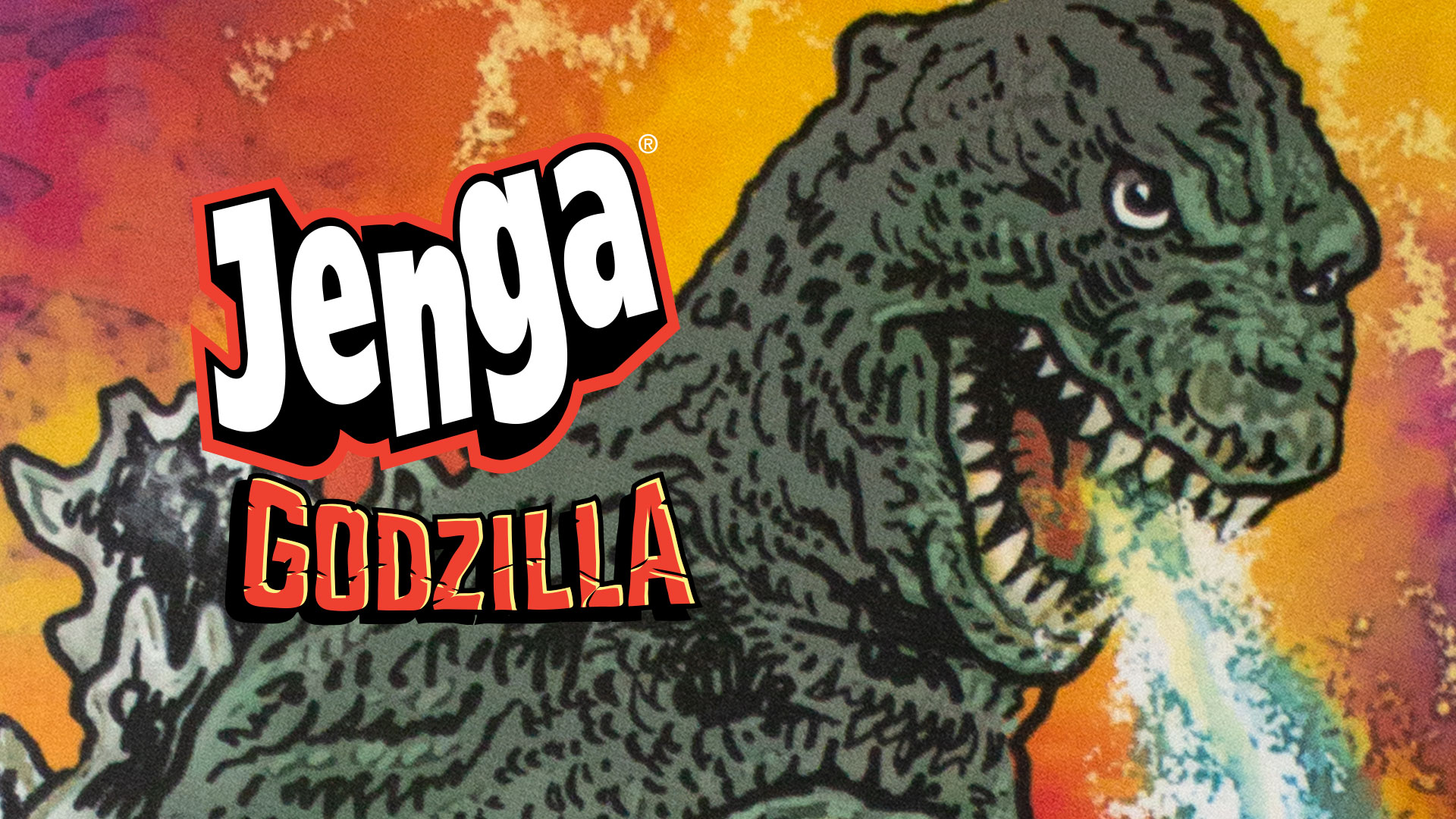 Official Description: Beyond belief… GODZILLA is on the rampage again! With JENGA® GODZILLA Extreme Edition, the titan of terror is trying to bring your tower down with a heat ray. Who can stand against the approaching threat of the monster? Godzilla approaches the tower using its heat ray with every roll of the die in this exclusive added game play!

JENGA®: Godzilla Extreme Edition delivers the game fun we have come to expect from JENGA® but now with a giant addition. A towering Godzilla cutout with an attachable atomic flame adds an extra layer of fun by marching towards the tower along the approach track. This Godzilla also assists in the assemble the JENGA® tower blocks.

While playing, I put on my favorite Godzilla soundtrack and enjoyed the fun game play. Having Godzilla on the rampage approaching the tower adds to the impending collapse of the tower.

JENGA® is one of my favorite classic games. The addition of Godzilla makes it even more fun. Although setting up the slick blocks is a challenge, the Custom Godzilla Die makes it easier. TIP: Placing the die upside down on top of the blocks to jog them in place neatly before each game and when returning them to the game box.

JENGA® game play is fast. It is great for friends looking to have some quick fun.

JENGA® has always been great fun. And JENGA®: Godzilla Extreme Edition will be even more fun. Godzilla towering besides you takes the game to a new level.

Cool and colorful Godzilla art. Don’t miss out on adding this to your Godzilla collection. Get JENGA®: Godzilla Extreme Edition now and have it later as a sought-after collectible.

JENGA®: Godzilla Extreme Edition has a perfect price point retailing at $19.99. It will make a great Christmas gift for every Godzilla fan.

Overall, JENGA®: Godzilla Extreme Edition is a great buy for the gaming fun and for the collection. Introduce your friends to Godzilla while having fun too. For G-Fest attendees, it will be great for play with your friends during the convention.

LEARN MORE AND GET ONE

This is a product-sponsored review.