How to watch Shin Godzilla

Now that the Shin Godzilla release dates for the US have been announced, I hope you have secured your tickets for the limited theater engagement. Shin Godzilla is a blockbuster success in Japan and it will arrive on American shores in October. But ever since Shin Godzilla production photos were released on social media, I have been disappointed, but not surprised, by the rejection of this film by some who have yet to see it. Some have gone as far to say Shin Godzilla is not Godzilla at all. Perhaps these criticisms are said out of fear of something new and out of fear of losing the Godzilla we love and have come to expect. At times they appear to be on a mission to sour its reception with many fans as possible. I am sure there will be some negative reviews in just over a month from now. And I have no doubt some will be the result of these early detractors. I am not writing to criticize them or to change their views. What I would like to present are five things to consider before viewing Shin Godzilla in the hope that you will enjoy it to the fullest.

1. Shin Godzilla is not the Godzilla of the Showa, Heisei,
and Millennium eras, but it is rooted in Gojira. 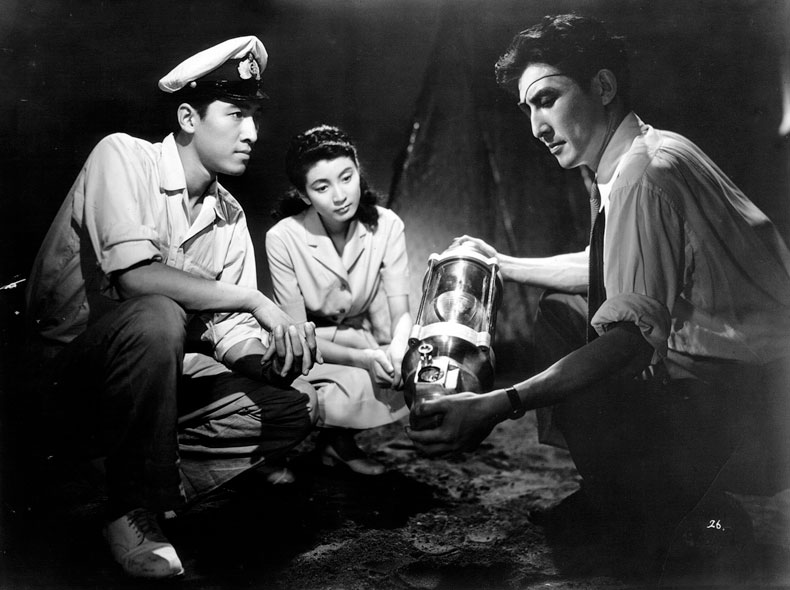 Although Shin Godzilla bears little resemblance to the incarnations over the past 62 years, it is rooted in Gojira (1954) without a doubt. It is a rebirth of the King of the Monsters with a similar context as the original. The parallels are unmistakable and should not be missed. Shin Godzilla captures the significance and meaning of the original within the context of today’s Japan which is only five years removed from another nuclear holocaust that remains a threat. Watch the original before you head out to the theater. Remember the film’s historical context was the dropping of the Atomic Bomb ending World War II and the Lucky Dragon No. 5 tragedy in 1954. Remember the details of the story, particularly that of the Odo Island natives, the victim of Godzilla’s romp through Tokyo, and Dr. Serizawa. Anno Hideaki and Shinji Higuchi recast the legacy of Godzilla’s and tokusatsu in the story, soundtracks, and sound effects of Shin Godzilla. Don’t see Shin Godzilla as taking away what you loved about Godzilla but rather see it as adding to and continuing what makes Godzilla great. Shin Godzilla breathes life back into the series and create new possibilities and directions for the future. Open your arms and embrace the now and the new as a celebration of the past and the old. Nothing is forgotten only retold and re-imagined.

2. Shin Godzilla is Japanese through and through. 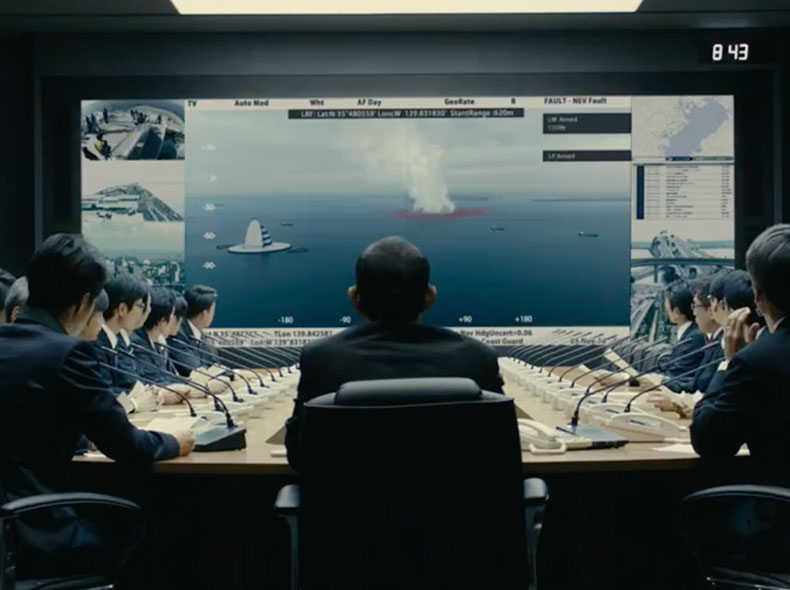 Shin Godzilla is different in many ways from its predecessors! In unique ways it focuses the moviegoer’s attention on Japan and the Japanese context. The subtext and theme is 「日本対ゴジラ”」 “Japan verse Godzilla”. The film shows the inner workings of the Japanese government in the time of national crisis. The divisions, dispositions, and determination among the Japanese are on display for the public to see. Dialogue, dialogue, and more dialogue dominate, but the directors did it with charm, wit, intrigue, and kowai. The Japanese cast is the star of the film evidenced by their applause and celebration across Japanese social media since the film’s debut. The spotlight falls on the ordinary and the help as well as the elite and the official in Japanese political and social structure. The film functions as a mirror on Japanese society. Godzilla is a product of Japan and their Godzilla is back. But this Godzilla is designed to encourage introspection and discussion among the Japanese. Although reborn in the shadow of Godzilla 2014 and determine to soar above its height, Shin Godzilla is a Japanese film for a Japanese audience. So for two hours become Japanese, think Japanese, and share the Japanese culture, concerns, and context. See the Godzilla Japan needs, not the Godzilla we want.

3. Shin Godzilla is a deep reflection upon and response to 3/11. 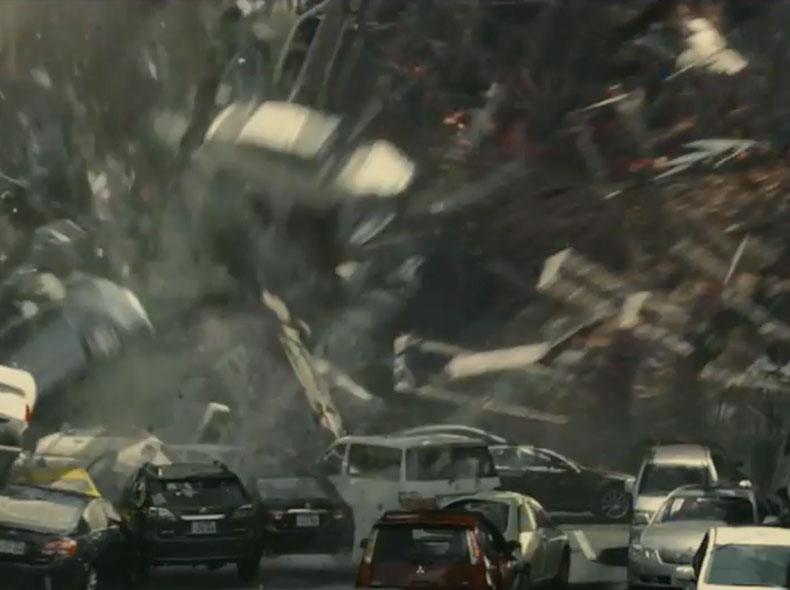 Shin Godzilla is born in the wake of the Great East Japan earthquake, tsunami, and Fukushima nuclear disaster of March 11, 2011. And like the earthquake, Godzilla appears and rocks Tokyo. As fast as the events of 311 unfolded, Godzilla evolves quickly moving from the sea to the harbor making landfall on its ways to Tokyo. Shin Godzilla is a force of nature — an earthquake and a tsunami — but also a man-made nuclear holocaust — Fukushima Daiichi Nuclear Reactor — sitting in the heart of Tokyo for all to see. Scenes in Shin Godzilla parallel the horrors of that day. Any interpretation of the film apart from the context of 311 is shortsighted and should be rethought. Shin Godzilla is a means to initiate the discussion of important issues arising out of that day. The film conjures memories of how the Japanese government responded to that horrific crisis exposing its dysfunction and internal turmoil. The existential threat of Fukushima is put on full display in the appearance, actions, animation (and lack thereof) of Shin Godzilla. As Japan has tried everything to stop the meltdown of the reactors, it throws everything that the Self Defense Force can muster against Godzilla but with no success and with disastrous results. Japan faces the choice between their destruction at the hands of Shin Godzilla or the destruction of Tokyo by a US thermal nuclear bomb. But Japan turns within to save itself from Godzilla with thought, investigation, and ingenuity. I believe Shin Godzilla has been a cathartic experience for Japanese moviegoers as much as entertainment. It facilitates a discussion through the metaphor Godzilla is.

My memories of 311 were stirred up with almost every scene. Since 311 I was hoping Godzilla would arise again out of this context. On that day I met Godzilla and until this day I still carry some of Godzilla in my body. Before you go, research it and remember the thousands who lost their lives. 311 is Godzilla clothed in reality. Shin Godzilla is 311 clothed in fiction. If you were aware of the role that the Lucky Dragon No 5 played in the creation of Gojira, then you must be aware of the significance of 311 in the story and meaning of Shin Godzilla. Watch PBS Nova Japan’s Killer Quake and PBS Frontline Inside Japan’s Nuclear Meltdown to relive the events of those days.

4. Shin Godzilla is about those who face an existential crisis. 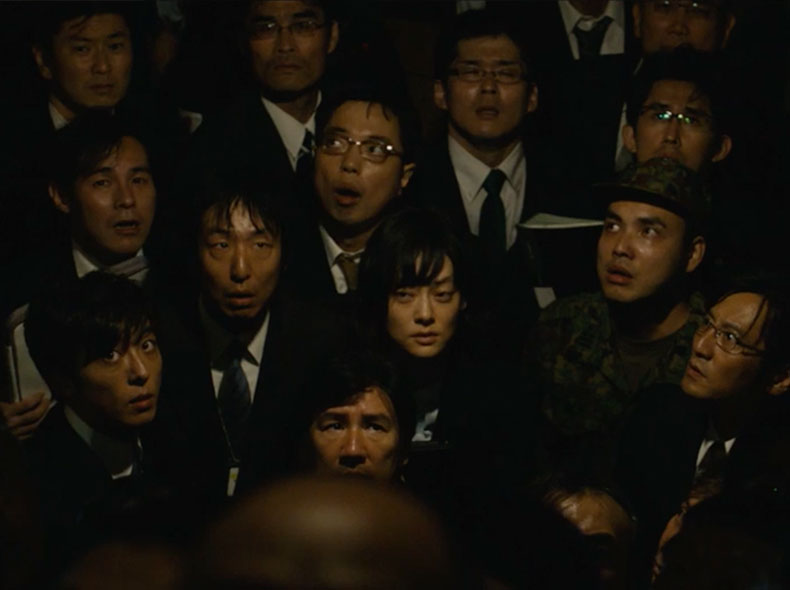 “An existential crisis is a moment at which an individual questions the very foundations of their life: whether this life has any meaning, purpose, or value” (Wikipedia). This is what makes Godzilla so important and puts Shin Godzilla on par with Gojira. As in the original, the moviegoer sees Godzilla’s victims, their pain, suffering, and inevitable death. It is easy to forget that the victims of every jet, tank, boat, and building destroyed by Godzilla and other kaiju. But we cannot forget the terror of Masaji and cry of his brother Shinkichi that dreadful night Godzilla came ashore on Odo Island. No ancient or modern ceremony, ritual, and sacrifice can turn Godzilla away. We heard the mother’s prayer and words of comfort to her daughter as they sat in the shadow of death. We mourned with the girls chorus in solemn song. We watched Tokyo burn despite its resolve to fight. We agonized with Dr. Serizawa’s when making the difficult decision to unleash the power of his oxygen destroyer. And we paid our last respects when we realized that he was lowered into what would become his watery grave. Shin Godzilla creates the same visceral response. What will Japan do to save itself when it can no longer run and hide? What would you do with Godzilla if you lived through 311 and are asked to ignore the existential threat known as Fukushima?

5. Listen closely to the chorus. 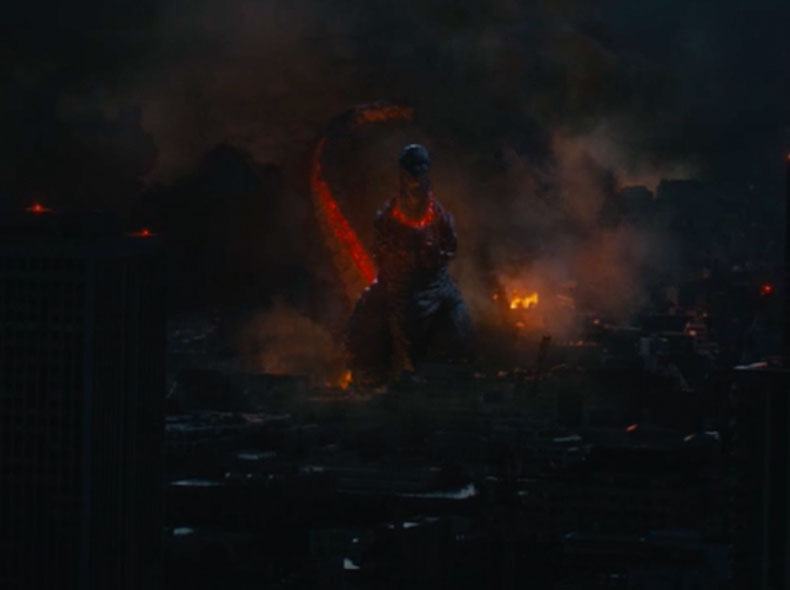 It could be argued that the Shin Godzilla original soundtrack is as important to the film as its dialogue and cinematography. Composer Shiro Sagisu creates a soul-stirring compilation that will have lasting effects on our perception of Godzilla going forward. He masterfully blends the old with the new in a brilliant mix that reveals what Godzilla represents. Shin Godzilla is a film to be heard as well as seen. Its meaning is revealed in these five tracks: Persecution of the masses, Black angels, Defeat is no option, Who will know, and Under a Burning Sky. The words of the chorus are so powerful. Shin Godzilla is a tragedy. In Classic Greek, drama the chorus provided a comprehensive commentary on the actions and events of the play, creating “a deeper and more meaningful connection between the characters and the audience… by controlling the atmosphere and expectations of the audience for key moments in the storyline” (Source: The Function of Chorus in Greek Drama). In Shin Godzilla the chorus provides an interpretive frame for the moviegoer. Other than a few English words in the dialogue, the chorus provides English-speaking audiences a guide to the meaning of the film. So you don’t have to know Japanese to understand the film. Listen carefully and let the soundtrack do the work of translation and interpretation.

I could add to this list, but I feel these are essential to enjoying Shin Godzilla. Don’t let others spoil your experience. Embrace the Japanese Godzilla and all its meaning. Shin Godzilla is different, but it’s special. Let it shake up your expectations and show you something new. Enjoy the CG effects but engage the reality its creates. Godzilla finds a new relevance and significance in the post-3/11 Japan. It returns Godzilla to its roots and reminds us of what is so easily overlooked and forgotten. Shin Godzilla will rock you if you are not ready. Be informed and enjoy! 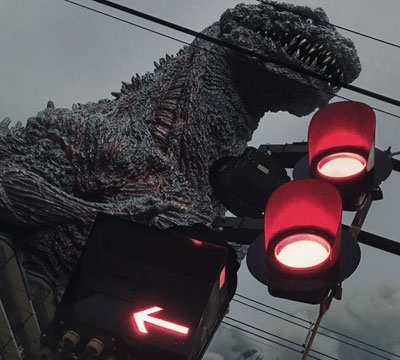 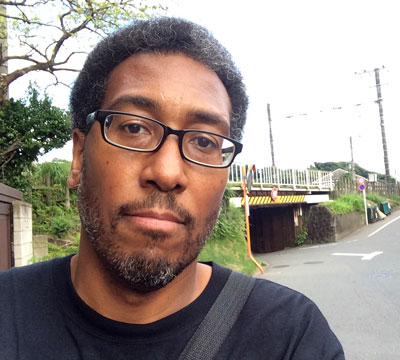