After a week of embarking on recreating Godzilla theatrical posters here is the fourth in my series. The Godzilla vs Megalon continued the photographic representation of Godzilla that restarted with Godzilla vs Hedorah. It’s unique in its use of colors and patterns indicative of the 70s. Its background is a psychedelic jagged swirl. Godzilla is surrounded by Megalon and Gigan with Jet Jaguar flying atop. There were numerous challenges. The first was having the right figures to pull it off. The Godzilla depicted is not GojiMegalo but rather the suit from Ebirah. So I had to use the Yuji Sakai Bandai Complete Works figure. The stance was almost perfect. Godzilla’s dorsal fins and back on the original poster are a jumbled mess. They appear to be a mask over various skin texture from other parts of Godzilla’s body. Jet Jaguar is obviously from the original Bandai vinyl figures from the 90s. I had to superimpose arms for both Megalon and Gigan. I decided to recreate Esther Island and Utopia using Adobe Illustrator’s image trace tool. All but a few lines of the credits were found on Wikipedia Japan. Getting the colors right was very difficult. Each poster I found on Google was different. Overall, the recreated poster is not perfect but it will do. Mission accomplished. 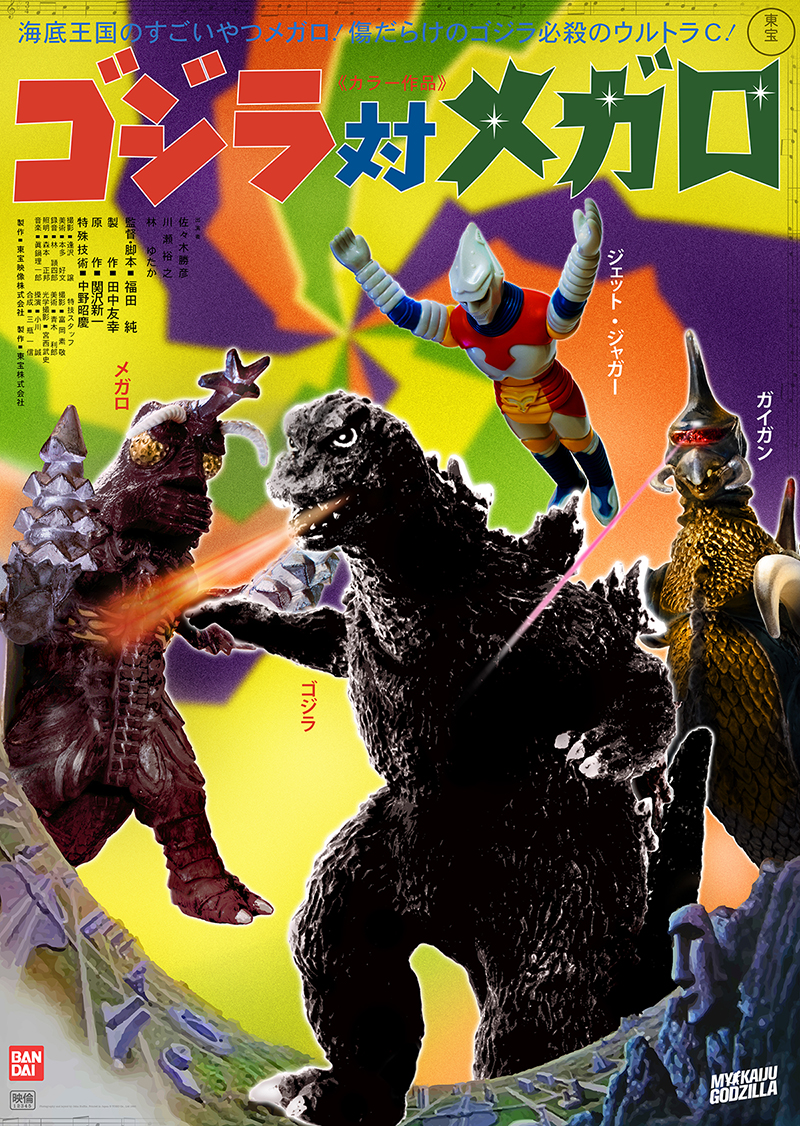 Here’s the original for comparison. 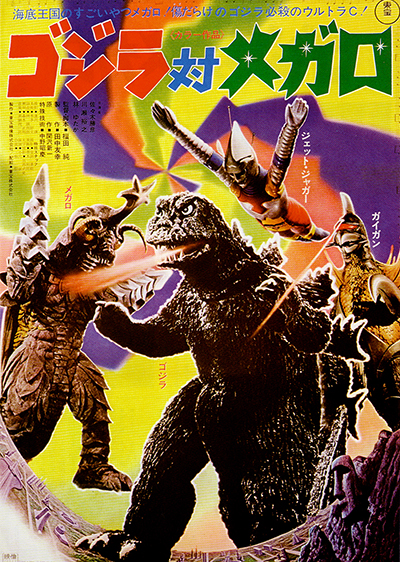 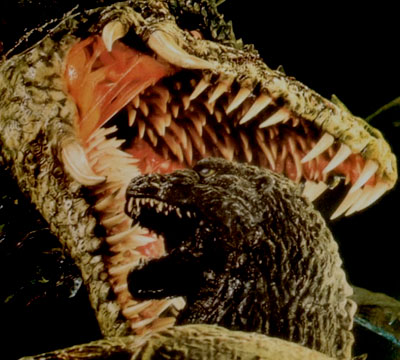 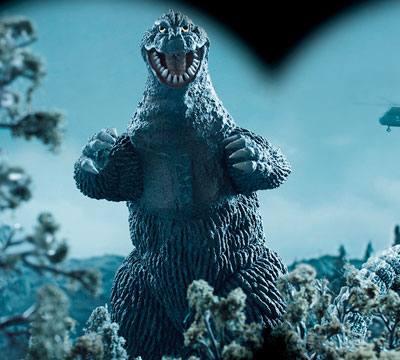