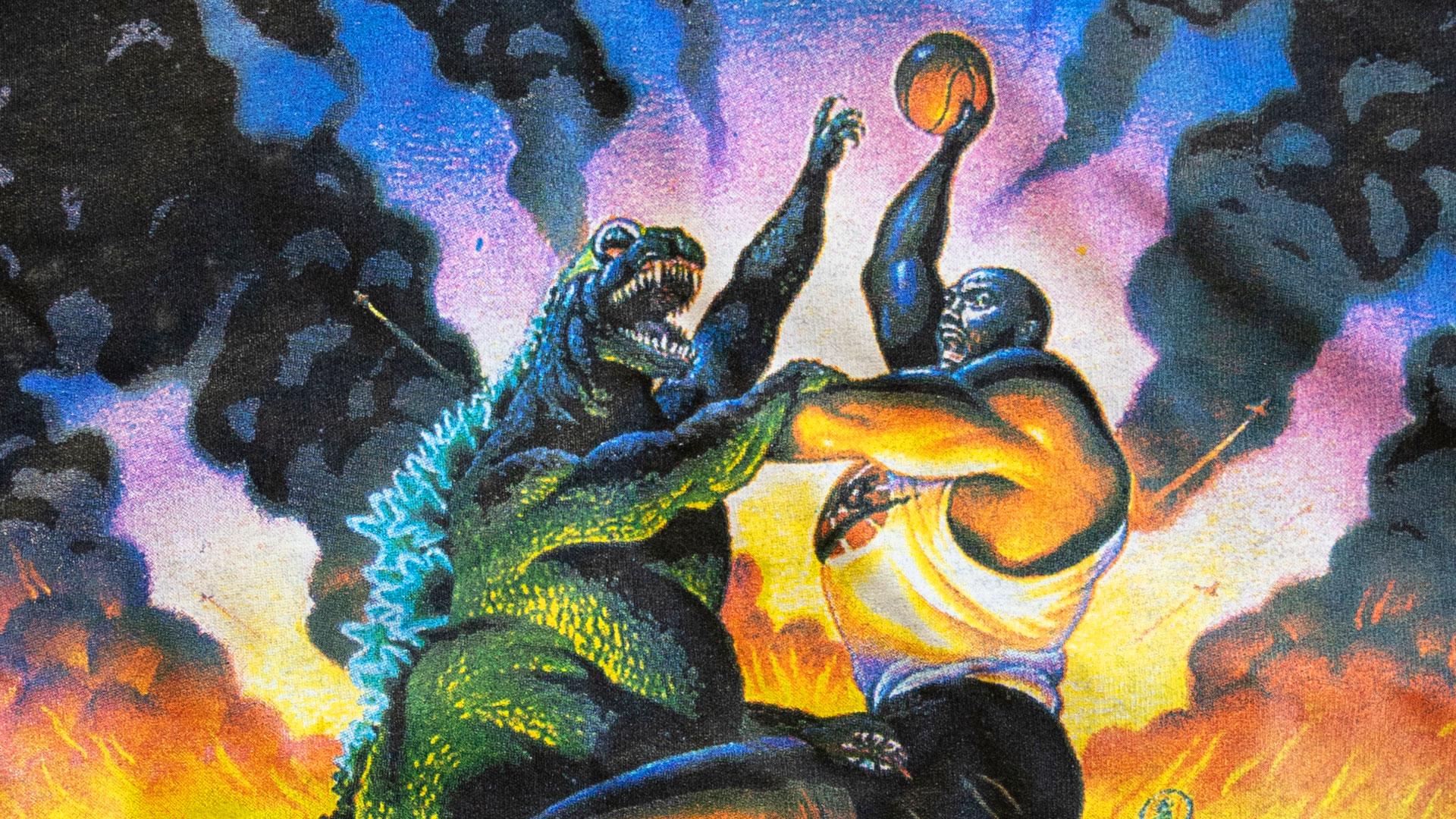 The Clash of the Titans

I took a journey into my basement today. And if you are like me and live in the house you grew up in, you got stuff in your basement. I’ve got treasures. Going into my basement is a trip back through time as far back as the 50s. Besides the family artifacts and old Apple computers since the 80s, I’ve got boxes and boxes full of collectibles that go back to the 70s. There are original Star Wars figures, books and more. But most important are the Japanese toys and Godzilla collectibles that just can’t fit into my collection room. I went into the basement to see if an old original Apple iMac would boot up. In the process, my eyes spotted an old goodie, a black Nike Godzilla vs Barkley t-shirt from the 90s. Over the years I bought select Godzilla shirts for the collection but never wore them. This is one of them.

NBA All-Star Charles Barkley played on my hometown team the Philadelphia 76ers from his rookie season in 1984 until 1992 when he joined the Phoenix Suns in the following year. Barkley was a beloved Philly athlete. I met Barkley as a rookie during an autograph session at Erol’s Video Club in Upper Darby, PA. Today, he is an established popular basketball analyst and celebrity. Well, back in 1992, Barkley was made famous among Godzilla fans when he battled our favorite monster in the great “Nike Godzilla vs Charles Barkley” campaign. Portland-based Wieden & Kennedy, ad agency for Nike, came up with the idea of this clash of the titans. With the help of Hollywood’s magic of George Lucas’ Industrial Light and Magic, they created their concept into a classic commercial.

Original intended for Japanese television, a spot was created for America because of its great success. In its wake, merchandise would no doubt follow: jackets, poster, tee shirts and more. And here is my extra-large tee purchased from Foot Locker for $16.99.

The t-shirt spots the incredible illustration of Godzilla battling Barkley that is just as great as the commercial. Stay tuned for the next exciting adventure of journey into my basement where I never know what might turn up.

Inverse.com: Godzilla vs Charles Barkley: The Oral History of the Most Epic Sneaker Ad Ever