Yesterday was fantastic! My great friend John, aka Hubukai or Hubu for short, joined me for another MyKaiju toy photo shoot. Before we got started, we were off to our local train shop for goodies and supplies. He’s preparing a secret project and I was looking for the best available props for future shoots. We both found great stuff! Then we headed to my house to make the shot. Today, we would be shooting a scene from Godzilla Raids Again using John’s full-frame Canon EOS 6D. His canon completely outclasses my EOS M. There were no issues capturing the entire shot. Controlling the amount of light was no problem. I know what I want for Christmas. 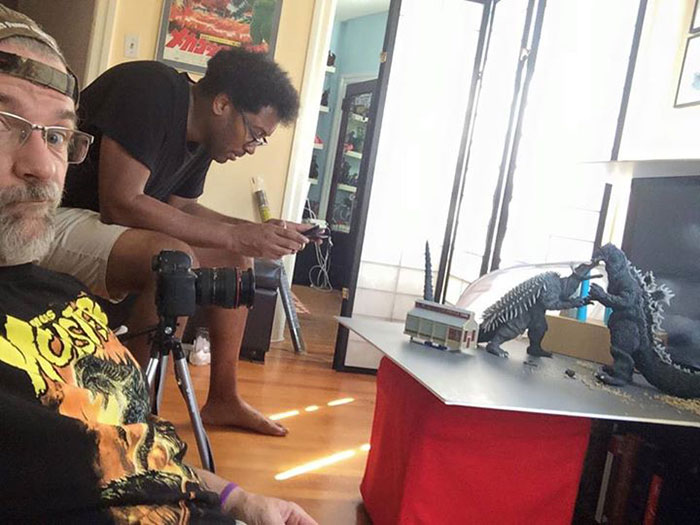 I knew what shot I was going for and set up accordingly. I’ve begun shooting my X-Plus collection. So scale is the greatest challenge. I had a couple smoke stacks from another figure but I needed at least five. To buy them was just too expensive. So I rolled up some colored paper and it worked! Using John’s camera was a game-change because we were able to use my iPad mini to preview the shoot and make remote camera adjustments manipulating the aperture, focus, and exposure. The shot came together when it dawned on John that we should insert one of the small lights under the miniature building I purchased earlier in the day. It made the photo come together. After a post-production run through Photoshop here’s the finish shot: Godzilla Raids Again (aka, Gigantis, The Fire Monster) 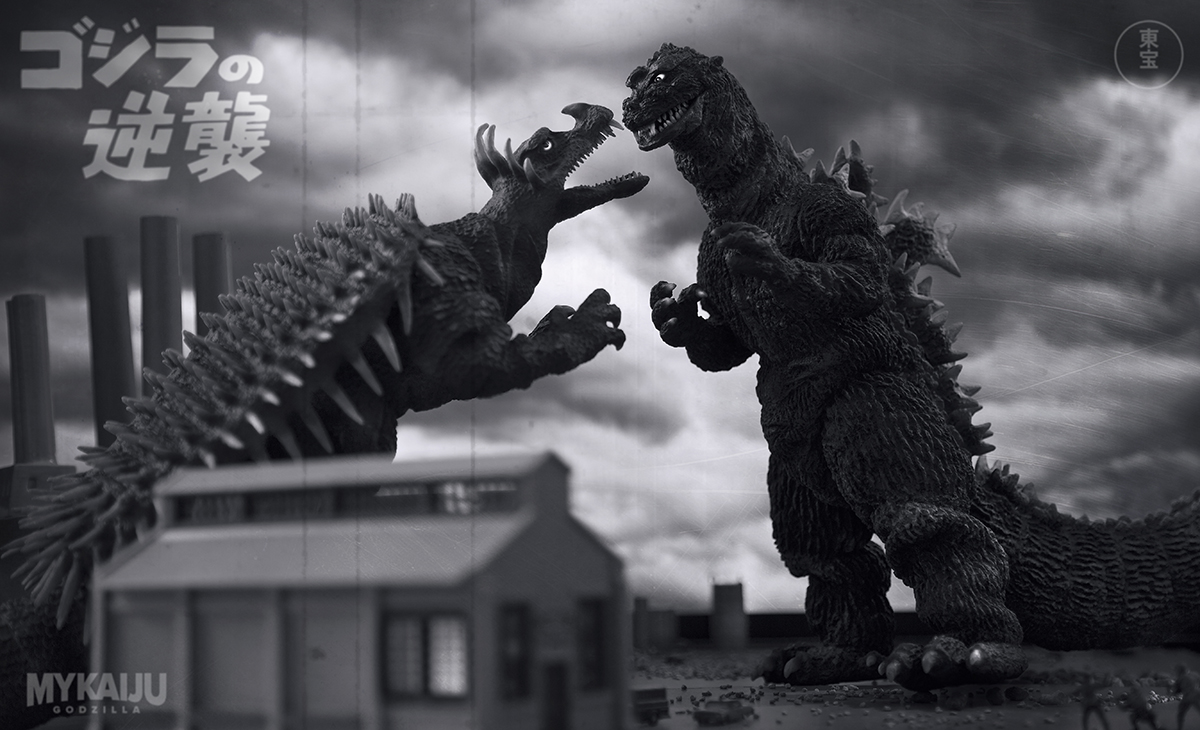 The shot has received much praise for which I’m very grateful and appreciative. I want to thank John of KaijuAddicts.com for publishing and publicized my shots. A special thanks to Hubu for helping to make the shot. 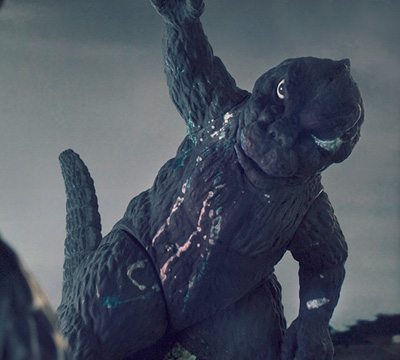