Another great day in Japan hanging out with friend Ed Holland of Monster Attack Team checking out all things Godzilla. Even as my trip winds down, the days grow more exciting. Today was a treat as Ed took me to two great Godzilla places in Yokosuka. Both I had only seen in pictures and I could never had reached without his help. We got out early under an overcast sky to a place called Adventure Land, the home of the Heisei Godzilla slide. Its height is 10.04 meters and it was built in 1999. 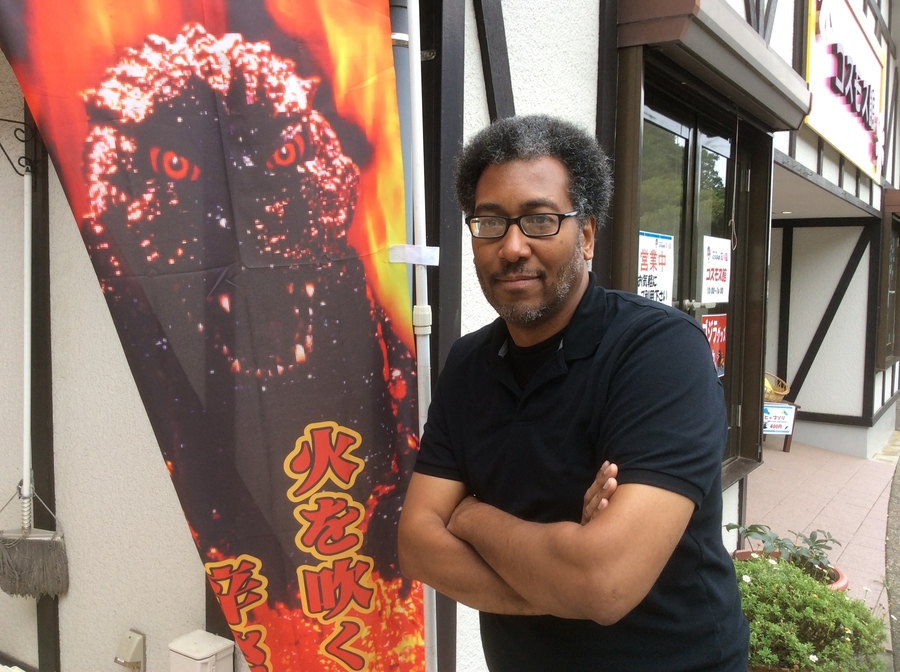 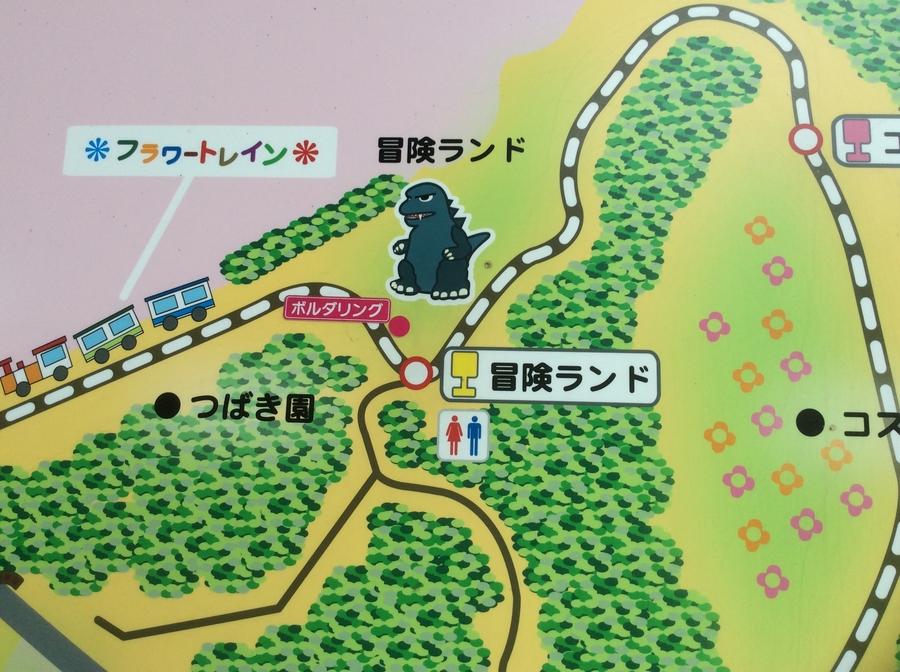 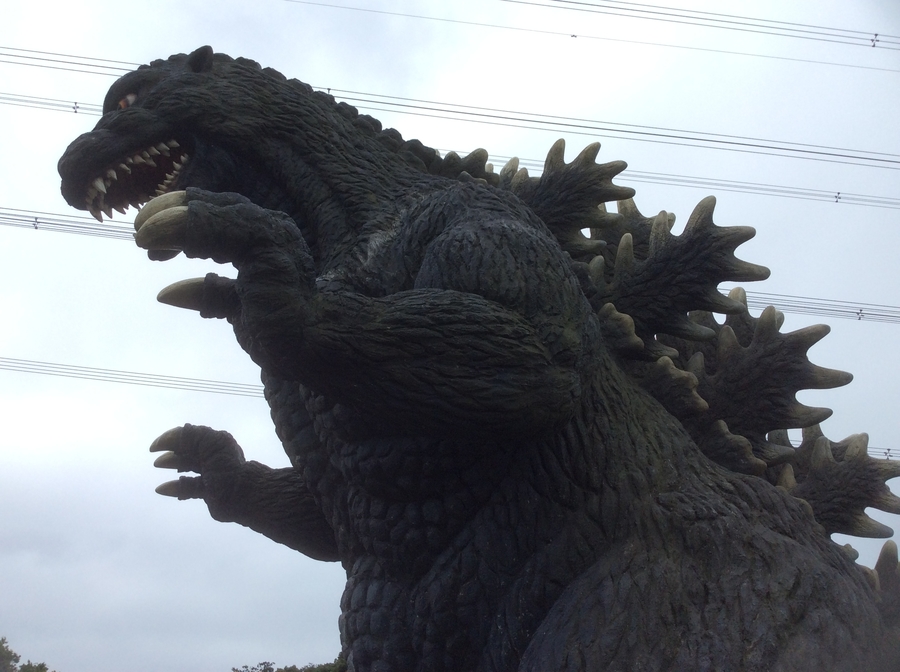 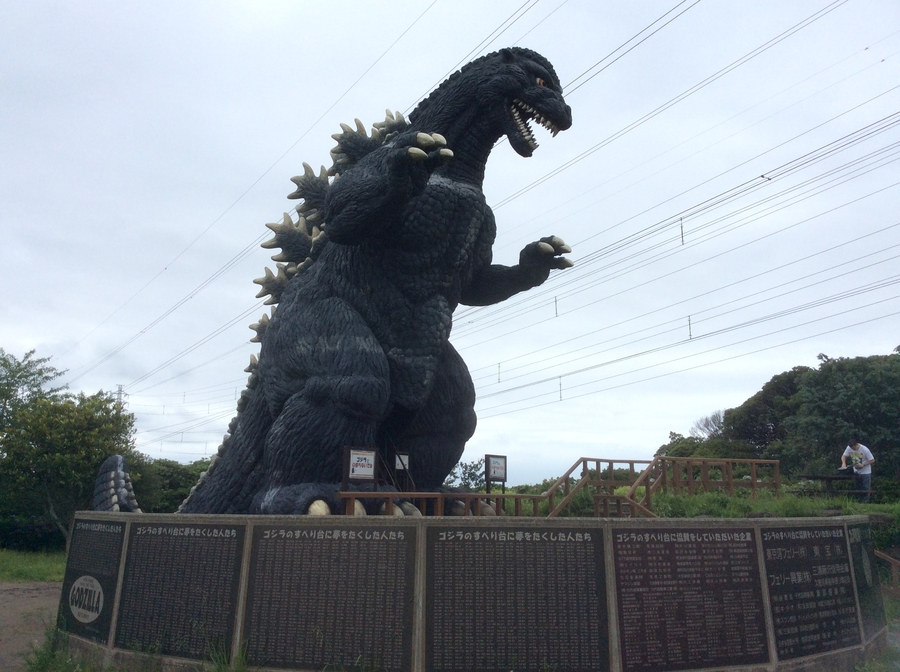 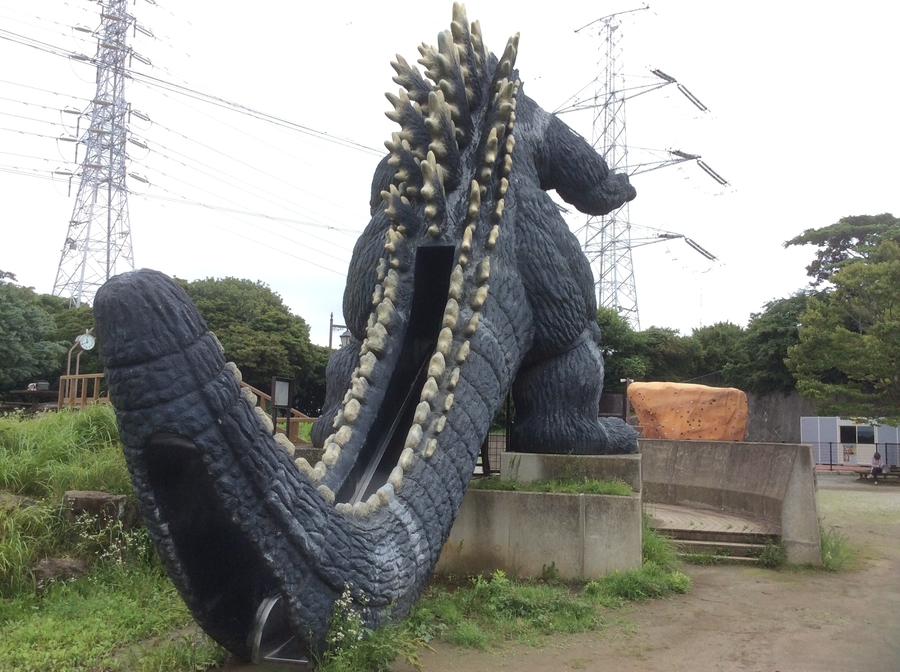 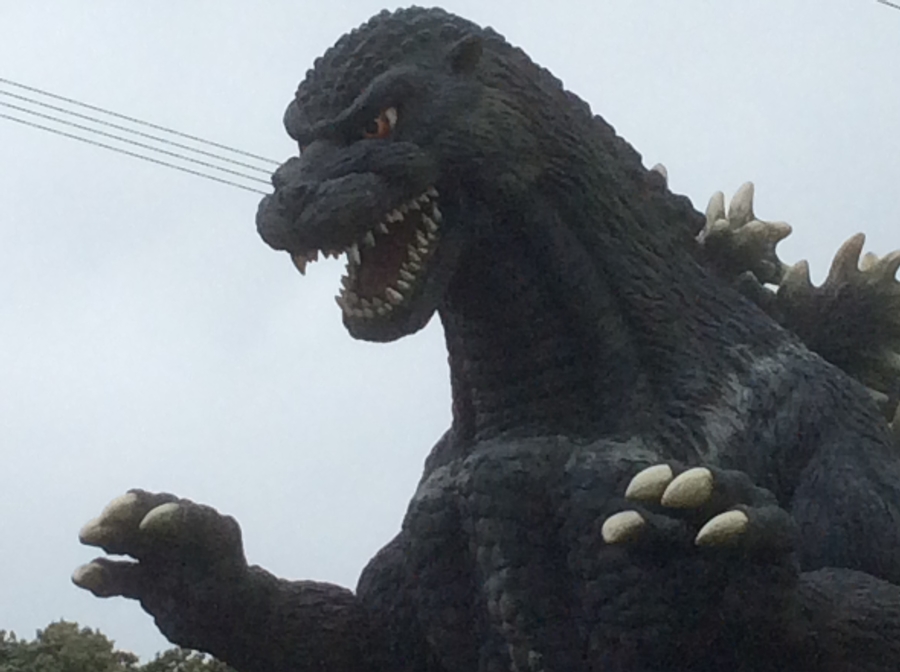 The second location was that of the Godzilla slide on the Tatarahama beach on the south side of Kannonzaki. It was built there in 1958 by Shigeo Kimura of Kannonzaki Sightseeing who wanted children to play with Godzilla (Source: hamarepo.com). It was demolished in 1973 due to deterioration. Today, there remains a commemorative Godzilla footprint(1/10 scale) and what appears to be the faded letters “Gojira” beside it. The slide has been replaced by the Heisei Godzilla slide built in Adventure Land in 1999. 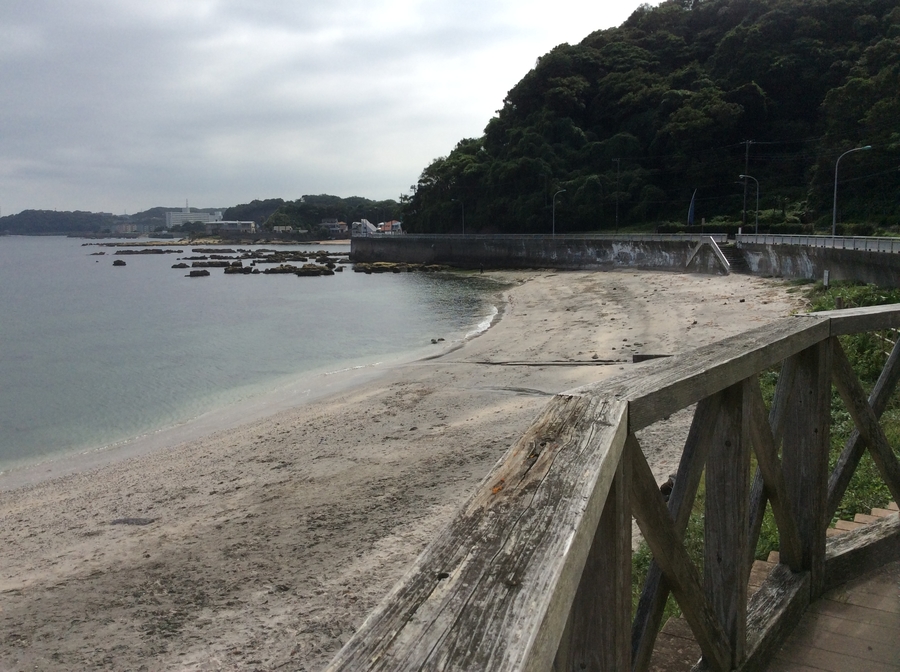 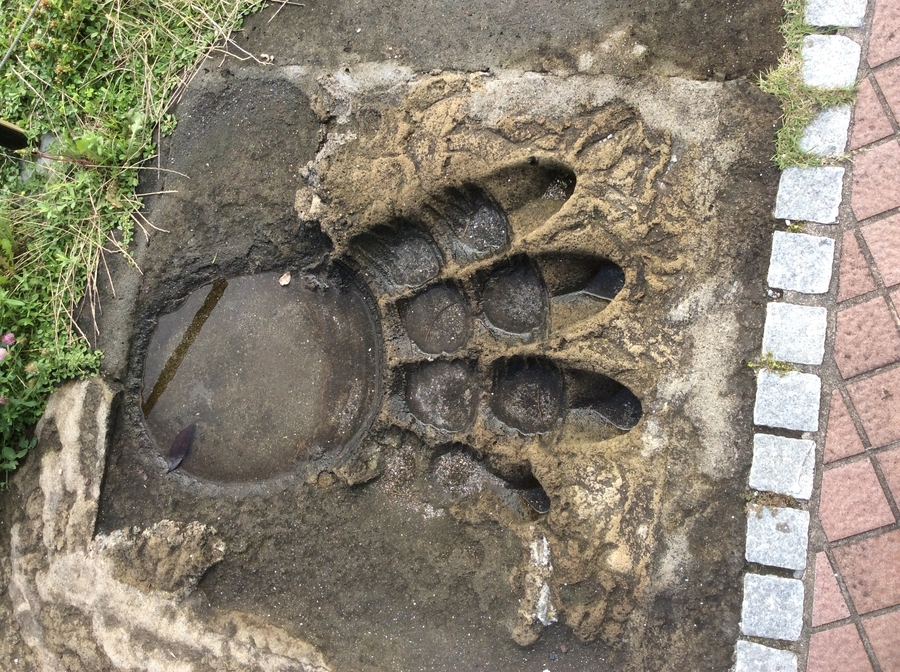 I capped off the day with a few takeaways: a magnetic and key chain from the Adventure Land shop and the first of a much sought-after Godzilla set. I’ll share them all later. 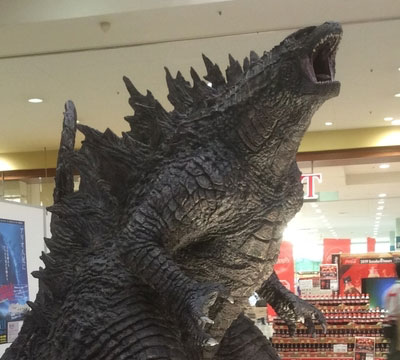 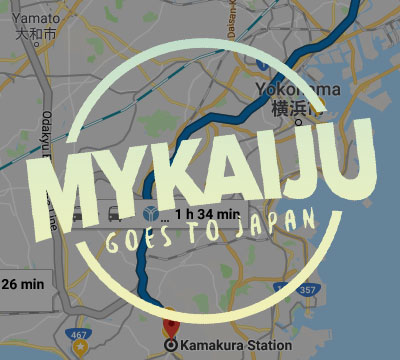