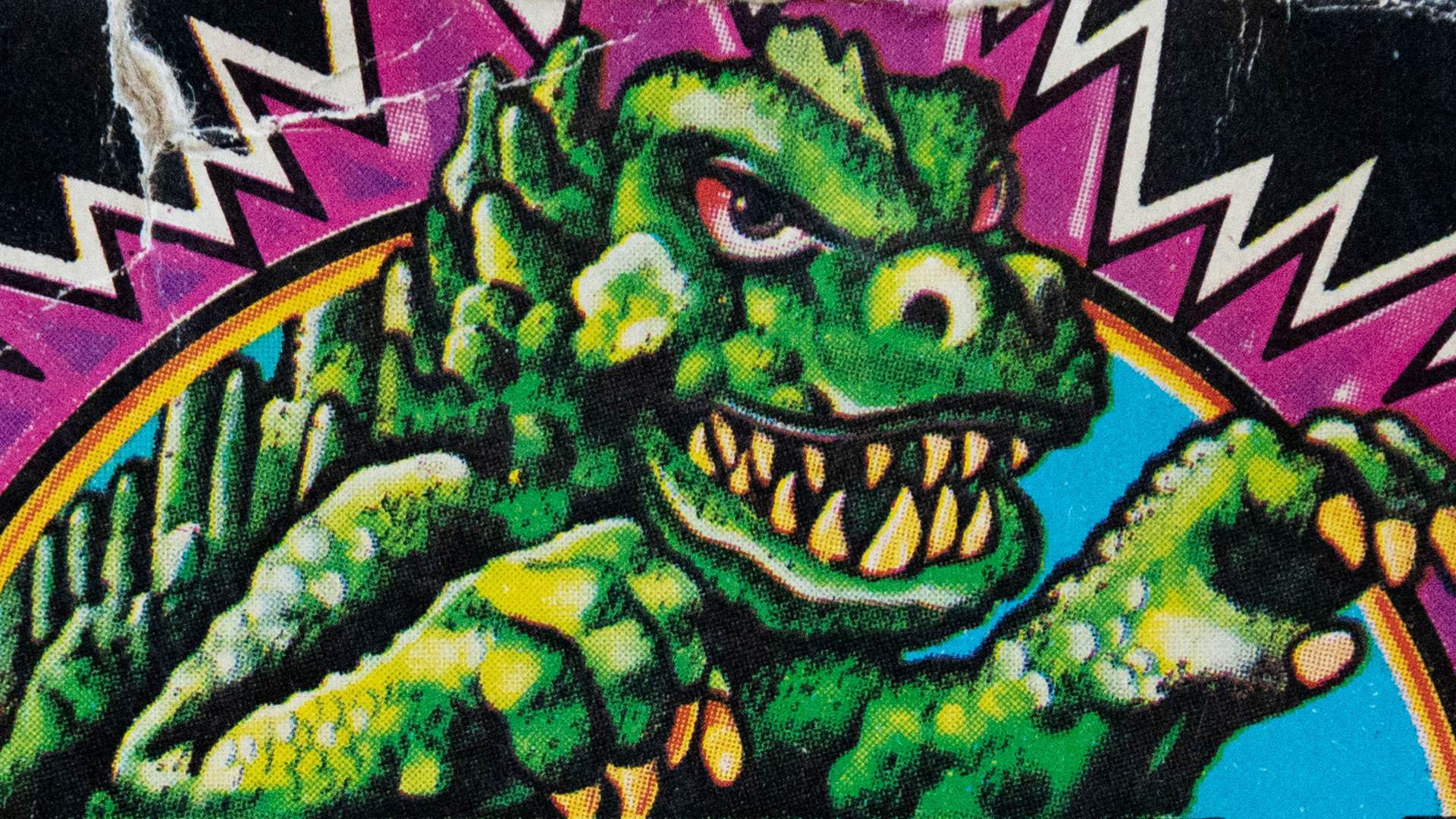 It was not my intention but I could not resist. There has been one thing missing from my Mattel Godzilla’s Gang collection. And it is not the missing team members. But rather, the header card! The Godzilla’s Gang header card is beautiful. It was part of my collection for many years and then it was thrown away. Several months ago, I was fortunate to find a copy of the Mattel Toys 1979 Catalog announcing the release of the Godzilla’s Gang and Shogun Warriors. The catalog has a beautiful full page ad for the Gang. There have been several images of this ad circulating the Internet for years. But I always want the real thing for myself. Now I have it. But, there was one thing missing, the header card. So I started looking for Godzilla’s Gang figures for sale that included the header card. And I could find none until last week. And I snatched it up. In the process, I added another Gang member, Bemustar.

For me, the header cards that accompany soft vinyl figures are just as attractive as the figures. They are highly desirable and collectible. My first header card was from Godzilla’s Gang. I love the Godzilla illustration and its style. Back in those days, Godzilla was green (eg, Shogun Godzilla, art on Mattel Godziilla Game, Marvel Godzilla comic series). His eyes and grin give him a sinister appearance. His hands are big, up and ready for action like the figure. The colors of the header card are beautiful and pop off the black background color.

The back of the header card is just as interesting and important as the front. The remaining Gang members appear along with the reminder to keep collecting, “Collect’em all, each sold separately.” The seven other monsters are Ultraman kaiju, released in Japan as part of the Kingsaurus series (キングザウルス). Those monsters include: King Joe, Bemustar, Noko-Grin, Micras, Eleking, Ikarusu Planeter, and Munuchi. In Japan, they were released as part of the Kingsaurus (キングサラス) series. Mattel manufactured their figures in Taiwan rather than in Japan.

こんなにいっぱいそろっているよ。きみはいくつもってる？ ポピー “There are so many. How many do you have? Poppy. This is Kingsaurus!” Ultraman Monster Encyclopedia Application Ticket Foot-shaped Sticker Mount (ポピー 「これがキングザウルスだ！」ウルトラマン怪獣大図鑑応募券 足型シール台紙, Source: Mandarake)

Five of the Godzilla’s Gang members are listed above along with their unique footprints. Below is my Bemustar (K-6 ベムスター). This brings my Gang to five members, more than I had back in 1979. I’m just as excited for the header card. Off to find more!