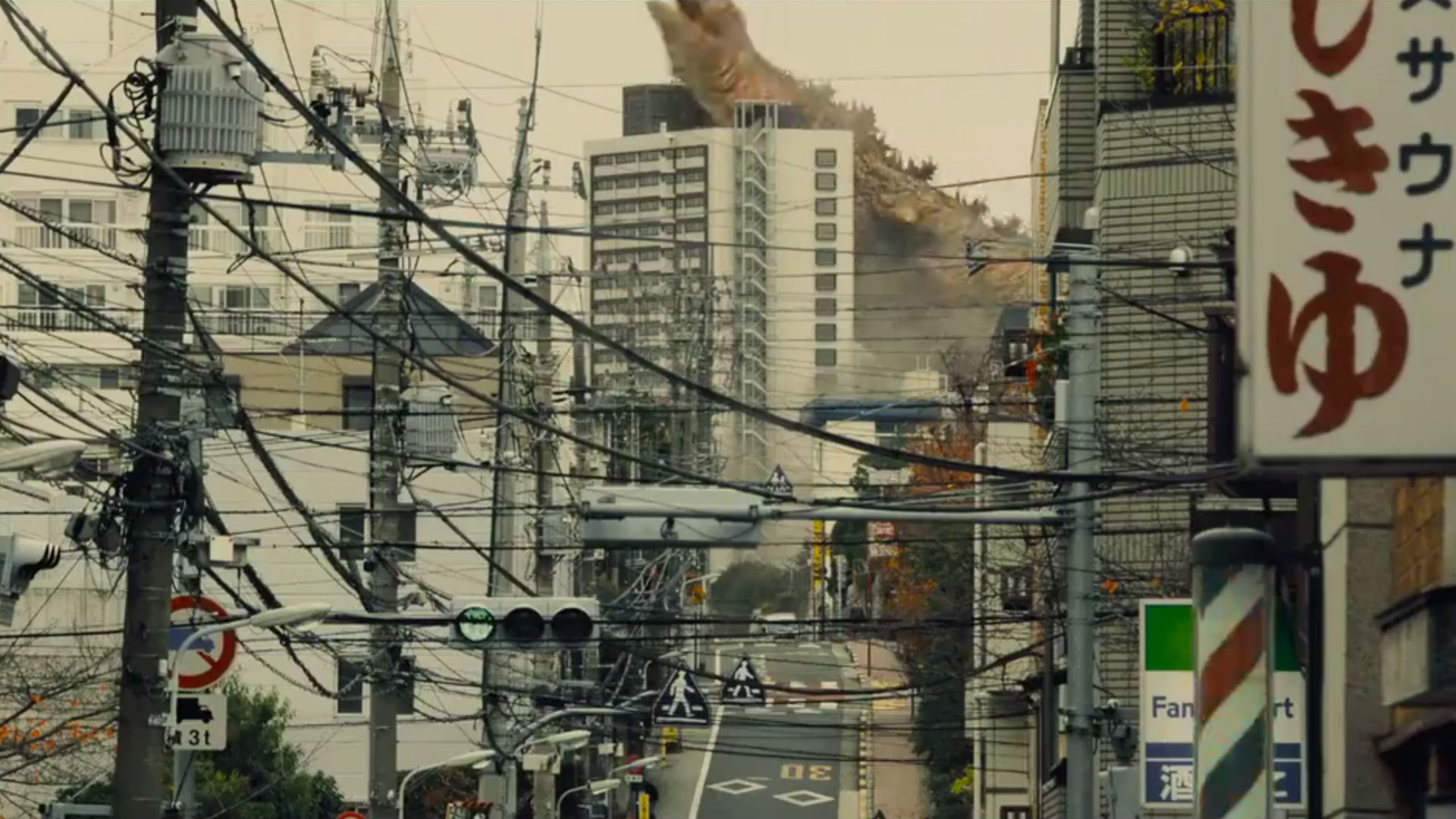 Going through my files today, I came across a forgotten Shin Godzilla (2016) place that I had not been able to find. I had given up on finding it. But there with its photo was a record of an old tweet from Japanese twitter. After a few clues from the tweet and an informed search on Google Maps, there it was — the place once lost, was now found. “What location?” you ask. Do you remember the scene with the barbershop? Maybe not. Godzilla was in his infancy stage scaling an apartment off in the distance. In the foreground was Ishigaki Barber Shop (石垣理容院, 1 Chome-2-17 Hatanodai, Shinagawa City, Tokyo 142-0064, Japan).

Compare the signs and buildings such as the barbershop and the Family Mart signs on the right and the hospital sign on the left. Note the building that was added along with Shin Godzilla to the scene. Japan is known for its chaotic yet beautiful telephone lines. In this scene, they are film characters along with Godzilla. The perspective of the street focuses the viewer’s eyes on the subject matter in the distance. This is a tragic scene with great realism.